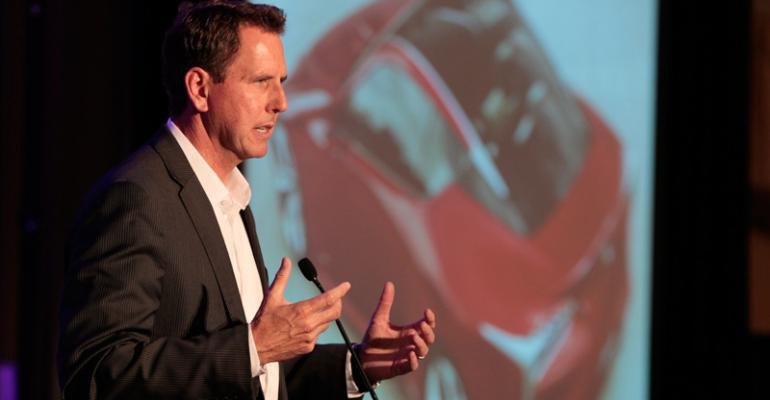 The new attitude marks a sharp change in direction for Toyota, whose lean manufacturing principles and bulletproof quality made it an industry leader over the last two decades and the envy of rivals.

DEARBORN, MI – Toyota plans to make design the cornerstone of its comeback from nagging recall woes in the U.S. and a tragic tsunami in its home country last year that saw the auto maker forfeit its global sales crown.

The new attitude marks a sharp change in direction for Toyota, whose lean-manufacturing principles and bulletproof quality made it an industry leader and the envy of rivals over the last two decades.

But while other auto makers have enjoyed a styling renaissance, Toyota’s buttoned-down culture never let its designers loose on production vehicles.

A controversial pedal-entrapment recall two years ago ended up costing the company a record-high regulatory fine and dinged its reputation for outstanding quality. Last year’s earthquake and tsunami in Japan devastated its supply chain and choked off production, sending even the most loyal customers to other brands.

As a result, Toyota’s market share in the U.S. has slipped. After occupying the No.2 spot behind General Motors for much of the last decade, the auto maker slipped to No.3 behind Ford in 2010 and a 15.3% share, according to WardsAuto data.

Toyota’s share dropped to 12.9% last year. However, through April it has regained some momentum, up to 14.4%, although it still trails leaders GM and Ford.

Hunter admits it’s been a rocky road. “As company, it brought us to our knees, to be honest.”

This brought a need for change, led by CEO Akio Toyoda. The grandson of the company’s founder took over the auto maker three years ago, fueling a new passion for excitement with the slogan “Waku-Doki,” or “Let’s do something from the heart,” Hunter says.

“It’s amazing for us to have a car enthusiast as our president. We haven’t had that as long as I’ve been with the company. He loves design and is passionate about cars. I probably see him more in a race suit than a business suit.”

Expect cars that are less an appliance and more fun to drive, Hunter says, recalling iconic vehicles such as the Toyota MR2 and Supra. “We’re going back to the precepts Toyota was founded on.”

Today’s Toyota development process is a far cry from the days when engineering would drop a component on the design staff with instructions to “make this pretty,” he says, noting this led to badly proportioned vehicles. “Now, we’re working at the front end of the project.”

Toyoda’s influence shows in design’s new role in the auto maker’s racing programs, such as its 2013 NASCAR entry designed alongside Toyota Racing Development. Hunter will travel to Charlotte, NC, next week to unveil the car.

Hunter characterizes a Toyota-brand showroom today as a department store, featuring lots of good but mostly mainstream products. His marching orders are to transform those dealerships into “select shops.”

Lexus and Scion showrooms, meanwhile, would take a boutique approach.

“We’re moving to more unexpected designs; that’s our big message,” Hunter says. “In the past, let’s face it, we had boring design.”

Toyota vehicles too often look cute or surprised, he adds, whereas future designs will express the confidence and optimism of the next Avalon large car and the NS4 plug-in hybrid concept car unveiled earlier this year.

Lexus designs will receive a new front fascia identity with a re-fashioned spindle-grille as shown on the RX cross/utility vehicle at this year’s New York auto show.

Lexus interiors will become more driver-centric, bolstered by a new human-machine interface. Hunter says the new GS sedan hints at the direction the HMI will take. Components will emphasize thinness and lightness.

However, no vehicle sends a clearer message about Toyota’s new dedication to design and fun-to-drive cars than the Lexus LF-LC concept shown in Detroit. A product of CALTY’s Newport Beach, CA, studio, it captures the region’s high-performance and luxury-car culture, Hunter says, and future Lexus vehicles will employ its best parts.