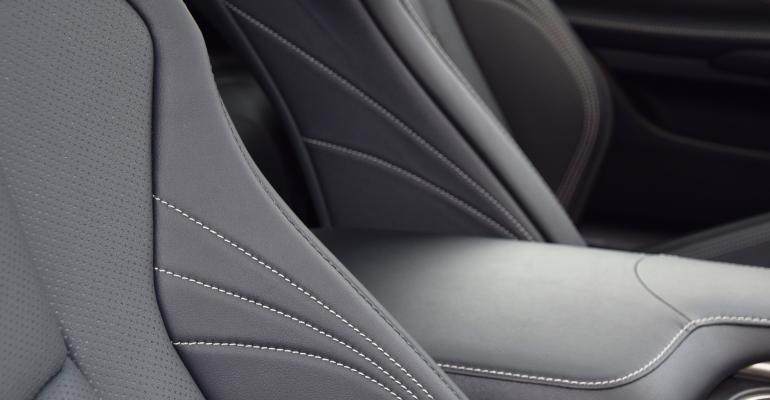 Toyota Interiors: They’re Getting There

Models tested this year show Toyota a step behind rivals when it comes to lovely interiors, with the Lexus RC 350&nbsp;coupe narrowly missing the 2015 list.

Toyota never has been known for its fabulous interiors.

In five years of judging for Ward’s 10 Best Interiors, only two models by the No.1 Japanese automaker, the Toyota Avalon and Lexus GS 450h sedans made our list, both in 2013.

But Toyota’s interiors are getting better, making big strides in recent years far, far away from once-hallmark traits of pale gray plastics, furry seat fabrics and ultra-glossy wood trim, be it real (Lexus) or faux (Toyota).

Toyota’s new Lexus RC 350 coupe narrowly missed the cut for our 2015 list. While the RC’s intricately stitched seats are a thing of beauty, and all center-stack controls are nice and low where we like them, several judges took issue with Lexus’ controversial Remote Touch Controller, a fussy touchpad on the center console.

Remember, our selection process is about more than just a pretty face, or in this case, pretty seats.

The controller has been tweaked over the years, to the point where one now just needs to push down on the square pad to make a selection on the display screen rather than hit a button near it. However, if the scrolling sensitivity isn’t dialed in just so, then using the touchpad is an exercise in frustration, as the pointer jumps all over the screen.

Another all-new Lexus, the NX 300h compact CUV, scored respectably during testing, with judges liking the overall craftsmanship and black-and-tan color scheme, accented with subtle violet stitching. But they generally disliked the Remote Touch Controller and underwhelming second-row room and lack of creature comforts back there considering the $52,000 price tag.

Not scoring as well as its Lexus cousins, but still representing a big jump in aesthetics from its prior generation was the refreshed Toyota Sienna minivan.

Our Limited-grade Sienna came to us with a 2-tone gray interior, combining a richer dark shade with Toyota-standard pale gray.

Mahogany faux-wood trim spruces up the cabin somewhat, but some judges didn’t it.

Overall the Sienna lacks the color and imagination found inside rival minivan the Kia Sedona.

“No points for style” were given the Sienna by Editor Tom Murphy, who preferred the winning Sedona’s sharp butterscotch-and-black color scheme accented by unexpected red-orange stitching and white piping on all seven seats, as well as its versatile second-row seats with pop-up footrests and side-to-side and fore-and-aft sliding.

I would hazard a guess that at least one Toyota will make the list next year, when we’ll evaluate interiors in models as varied as the next-generation Toyota Tacoma compact pickup and Lexus RX midsize CUV, as well as all-new Scion small cars the iA and iM, the latter two likely to come with jolts of color to better match competitors’ more daring interiors.