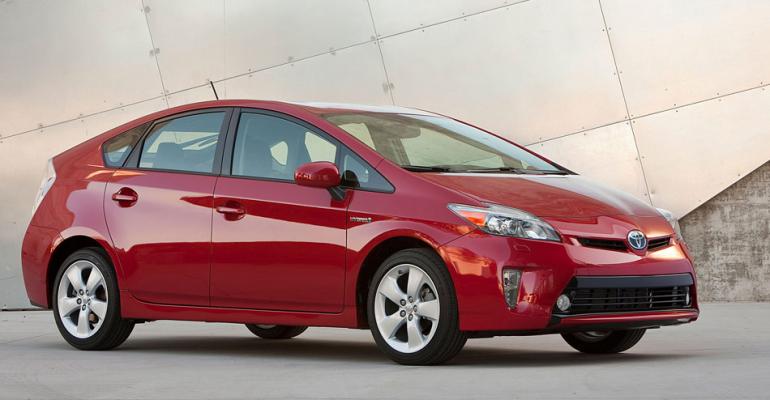 <p> <strong>Toyota to use hybrid expertise in BMW partnership.</strong></p>
Vehicles

Lithium-air batteries, or Li-air, are seen as the next step in electric-vehicle battery technology, as they portend greater distances on a single charge than today&rsquo;s Li-ions.

Toyota and BMW today cement details of their previously established research partnerships, as well as announce a new plan to collaborate on lithium-air batteries.

Lithium-air batteries, with which carbon and oxygen react to create current, are of interest because of their greater energy density and would allow electric vehicles to travel farther on a full charge than EVs using lithium-ion batteries.

Li-air batteries are being pursued by a number of other companies, including IBM, which last week announced development of a Li-air prototype due later this year that could enable an EV to travel 500 miles (805 km) on a single charge.

Most of today’s Li-ion EVs travel 100 miles (161 km) or less before battery depletion.

Toyota and BMW today also sign binding agreements on several areas of development established in memorandums of understanding in December 2011 and March and June 2012, including:

The sports car will utilize Toyota’s expertise in hybrid and fuel-cell technology, and BMW’s expertise in “high-dynamic premium vehicles,” the auto makers say.

In the year since Toyota and BMW signed their first M.O.U., “each day our relationship strengthens,” Toyota CEO Akio Toyoda says. “We feel acutely that we are making steadfast progress. Now we are entering the phase that promises fruit.”