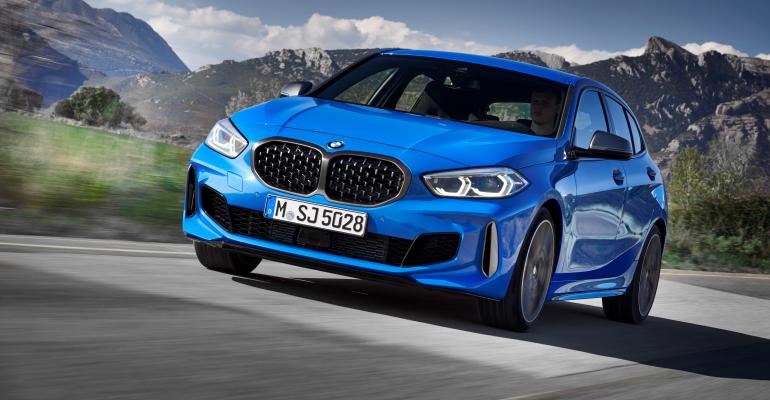 New 1-Series goes on sale in Europe in September; no plans to import into U.S.
Vehicles

BMW is taking renewed aim at the premium-brand hatchback segment with its new third-generation 1-Series.

Revealed in a series of official photographs ahead of a planned public debut for the 5-door model at the 2019 Frankfurt auto show in September, the rival to the Audi A3, Mercedes-Benz A-Class and Volkswagen Golf has been comprehensively re-engineered in a move that brings the 1-Series’ mechanical layout into line with each of its premium-brand competitors for the first time.

Already used by BMW-owned Mini for its latest lineup of models, FAAR has been developed to support conventional internal-combustion, plug-in hybrid and all-electric powertrains.

The long-anticipated switch to front-wheel drive also sees the new 1-Series forgo the longitudinal engine mounting used until now for a transverse layout BMW says has allowed it to amend a major weakness of its predecessor: its lack of interior space in comparison to its front-wheel-drive hatchback competitors.

Despite the change in engineering philosophy for its most affordable model, BMW claims the front-wheel-drive 1-Series delivers a driving experience that is every bit as sporting as the rear-wheel-drive model it replaces.

Alongside standard front-wheel drive, the new BMW also will be offered with all-wheel drive in select models, including a 302-hp turbocharged 2.0L gasoline 4-cyl. M35i xDrive model that will crown the initial third-generation 1-Series lineup as a rival to the likes of the Audi S3 and recently introduced Mercedes-AMG A35.

Besides underpinning the 1-Series, the FAAR platform is planned to form the basis of the 2-Series GranCoupe recently previewed in an official sketch by BMW. In the continued absence of plans to import the 1-Series hatchback, this new 4-door sedan-cum-coupe model, which targets the Audi A3 sedan and Mercedes-Benz CLA, will form the new entry-level point in BMW’s U.S. lineup when it goes on sale in 2020.

In line with its new underpinnings, the proportions have changed, with a shorter hood. Wheels start at 16 ins. in diameter and increase to optional 19-in. rims.

Among the standard driver-assistance systems are collision and pedestrian warning with city braking function and a lane-departure-warning function.

The new 1-Series hatchback will be sold with a choice of two gasoline engines and a pair of diesel powerplants from the start of European sales later this year. 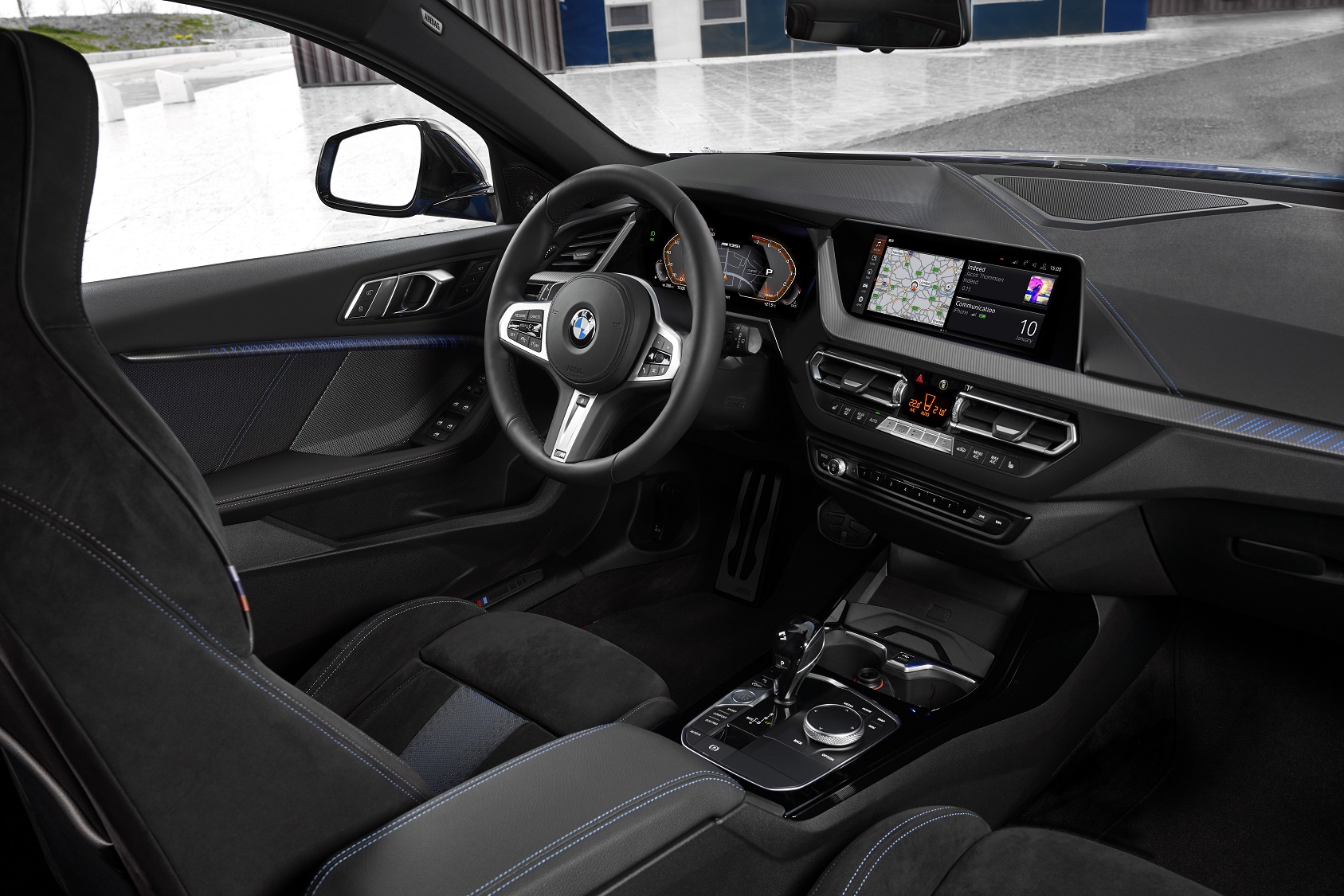 The gearbox varies depending on the engine. The 118i, 116d and 118d come with a standard 6-speed manual while the 120d xDrive and M135i xDrive receive an 8-speed torque-converter-equipped automatic, which is optional on the 118d. A 7-speed dual-clutch gearbox is available as an option for the 116d and 118i.

BMW confirms the initial five-model lineup will be broadened with more gasoline-engine options and a new plug-in gasoline-electric hybrid drivetrain in an upcoming 125e xDrive model once production is ramped up toward the end of the year.

The 1-Series hatchback is produced at BMW’s plant in Leipzig, Germany.