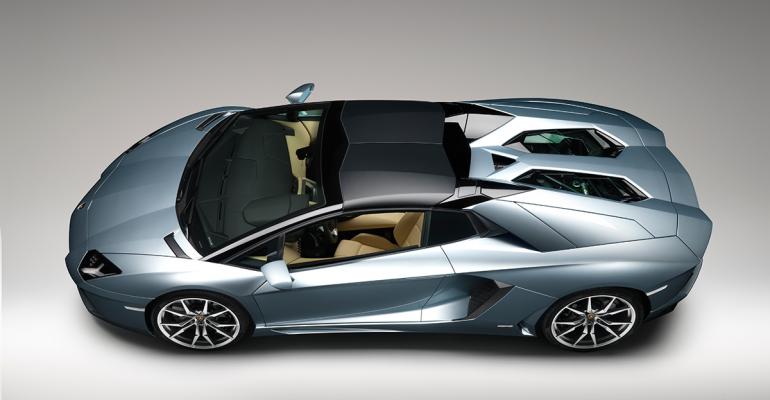 Ultracaps, long considered too costly for widespread application in light vehicles, appear to be gaining traction &ndash; albeit ever so slowly &ndash; as electrification takes hold and automakers find the technology&rsquo;s advantages harder to resist.

Inefficiencies and durability questions cropping up with now-proliferating stop/start systems could be opening the door for long-promising, but little applied ultracapacitor technology in the light-vehicle market.

Ultracaps, long considered too costly for widespread employment in light vehicles, appear to be gaining traction – albeit ever so slowly – as electrification takes hold and automakers find the technology’s advantages harder to resist, leading supplier Maxwell Technologies contends.

“You have to change an AGM every 1.5 to two years,” Setterberg says, suggesting an ultracap paired with a lower-cost conventional lead-acid battery can last 10 years/100,000 miles (162,000 km) in stop/start applications.

Even the Advanced Lead-Acid Battery Consortium, which has been solidly behind the AGM movement, is acknowledging a potential future built around a combination conventional battery and ultracapacitor. Its website touts development of the “Ultrabattery,” which would incorporate a carbon supercapacitor electrode to extend battery life and challenge the performance of more expensive nickel-metal-hydride and lithium-ion batteries.

Setterberg points to German supplier Continental’s ultracap-equipped advanced stop/start that is used in a number of PSA Peugeot Citroen cars in Europe as a sign of an emerging trend. The addition of the capacitor allows for a 30% reduction in the size of the vehicle’s battery, Continental says.

Dubbed e-HDi by the French automaker, the microhybrid powertrain is offered in more than a dozen models, with cumulative sales estimated at more than 1 million units.

Stop/start applications continue to expand worldwide as automakers look to meet tightening fuel-economy and emissions regulations. Forecasts call for more than 50% of new vehicles sold in the U.S. to have the technology by 2022, with penetration on small cars powered by 4-cyl. engines as high as 70%.

In addition to PSA, Maxwell is providing the UC for a Continental-supplied stop/start unit in the Lamborghini Aventador, a potential foot in the door with the Volkswagen Group that could provide a serious boost to Maxwell’s volumes.

Setterberg says the supplier also has seen interest from the Detroit Three and is “expecting success within a year or two.” In a presentation to financial analysts in May, Fiat Chrysler Automobiles’ powertrain chief Bob Lee signaled the automaker’s plans for “broad market penetration” of stop/start in the U.S. beginning in 2016.

Navigant Research projects global penetration for stop/start at 54.3% of new vehicle sales by 2022, or about 55 million units annually, providing a potential volume opportunity for ultracaps, if they can secure even a fraction of those installations.

Mazda is another automaker seemingly leading the charge on UCs with its recently launched i-ELOOP technology for the Mazda6 midsize sedan and smaller Mazda3.

Here, the ultracapacitor isn’t used for stop/start but is employed to capture energy from braking to power accessories during acceleration, taking the electrical-generation load off the internal-combustion engine.

Mazda says use of the ultracap, linked to a variable-voltage alternator that can flex its output anywhere between 12V and 25V, extends the life of the lead-acid battery and draws as much as 10% less energy from the gasoline engine.

The take rate in the U.S. for the system has been running at about 5% on the Mazda3 and 7% for the Mazda6 for the ’14 model year, and the automaker expects penetration to hit 10% on the midsize sedan for ’15.

Supplier Nippon Chemi-Con says it ships about 10,000 of the devices to Mazda per month and another 3,000 to Honda for use in some hybrid vehicles. It is looking to raise production to 400,000 units annually within three years.

Setterberg says UCs also could improve stop/start performance because their ability to cycle repeatedly, store high amounts of energy and deliver all that power in short bursts makes them a better fit with the technology. Unlike batteries, which work by way of a chemical reaction, ultracaps store energy directly as electricity, meaning they can absorb and discharge large amounts of electricity quickly.

Currently, automakers using lead-acid batteries are forced to bypass the stop/start function under certain loads in order to avoid battery wear. That means the system isn’t shutting down and restarting as often as it could, reducing the potential fuel-economy gain.

“So when the temperature goes down, they won’t use stop/start, (or) if the (battery) charge is low they won’t turn the car off,” Setterberg says. “One automaker has up to 200 factors for when the (stop/start) system is deactivated.

“The automakers advertise a 5% fuel-economy increase,” he adds. “But if you look over three years, the battery is degrading and performance goes to zero, so it’s really about half that.”

“I think Maxwell has it exactly right,” he tells WardsAuto. “We start off with a pretty good dynamic-charge acceptance…but what we found is it did deteriorate quickly – within days, or certainly within weeks.

“We definitely see this as an issue,” he adds. “We certainly don’t want customers to have a vehicle that at delivery has a certain fuel economy and literally weeks later it doesn’t. That just doesn’t work.”

Ultracaps do a better job capturing energy from regenerative braking and hold up through more than a million charge-and-discharge cycles, lasting the lifetime of the vehicle. They work reliably across a wide temperature range and are more environmentally friendly than batteries, Maxwell says.

There are some drawbacks, however. Because they expend their power in quick bursts, UCs work best for duty cycles up to 25%, not applications that require a continuous feed of electricity.

They also tend to leak energy at a higher rate than batteries. “That’s a worry bead,” Miller says, that could present an additional roadblock to usage.

Ultracapacitors also are more expensive than conventional lead-acid and AGM batteries, but Setterberg says the price tag narrows when measured in overall system and lifetime costs.

“We’ll meet the (AGM) cost if you look at it on a system level,” he says. “When you have a sub-par energy-storage solution, you have to spend a lot on making workarounds in the system.”

But the biggest challenge to widespread adoption could come from Li-ion batteries.

Power density is one factor. UCs come up short compared with Li-ion, and big development gains will be needed if they are to replace batteries altogether in broader applications, Ford’s Miller says.

“A minimum 50% increase in energy (is needed) – and really, doubling the energy is a more realistic start to say this becomes viable,” he says. “And again, that’s still trivial compared to what Li-ion brings to the party. Li-ion battery power capability is improving at a little bit quicker rate than we’ve been able to improve energy content in ultracapacitors.

“Until we get there, it’s just so far off with competing with Li-ion technology that it’s not going to get anyone’s attention.”

Maxwell reportedly is targeting a tripling of energy density in its ultracapacitors.

Familiarity is an even bigger obstacle. As automakers look to step up the performance of stop/start systems, they may be far more comfortable patching in more-robust Li-ion batteries than UCs.

A case in point is Ford and partner Samsung Research’s work on next-gen ultra-lightweight Li-ion technology, paired with a conventional lead-acid battery and stop/start system in the automaker’s Lightweight Concept Car shown earlier this year. Ford says the battery is up to 40%, or 12 lbs. (5.4 kg), lighter.

“Because we’ve really made the investment in Li-ion technology across our whole electrification portfolio, it certainly has a foothold here,” Miller notes. “We understand the technology (and) we’ve got strong suppliers working with us, so I think we’re always going to compare the technologies.

“We’re not going to look at ultracapacitors in a vacuum, let’s put it that way.”

“The real problem is in the mindset of the integrator, the middlemen who are putting the power electronics together to make it work,” she says, noting they don’t necessarily see UCs as a cost-effective risk worth taking. “That’s where the big problem is happening.”

Johnson Controls, a maker of AGM batteries, is among suppliers pitching a dual-voltage/microhybrid system that uses a conventional battery to power a vehicle’s low-voltage devices and a Li-ion battery to activate the stop/start system.

While there’s growth potential for ultracaps, Cherian says, some market forecasts still appear a bit too bullish. Projections two years ago called for a 20% compounded annual growth rate for total ultracapacitor sales (all market sectors) worldwide between 2012 and 2019.

“This year, I’m seeing it trending more toward the 10%-15% mark, which is by no means slow growth,” Cherian says. “It is very good growth. But it’s just that the technology was expected to do a lot more, and it’s not really stood up to those expectations.”

She cites the cost gap as a key factor in keeping the market to about $300 million-$350 million currently.

“(Manufacturers have) been talking about the price coming down,” Cherian says. “But in order to do that, they really need economies of scale. Unfortunately, I’m not seeing as much capture of ultracapacitor technology in the automotive market. It’s been very slow.

Miller and other industry insiders and analysts see the future of ultracaps lying mostly in applications that are similar to today – in combination with a battery, as in the Mazda and PSA systems.

But Setterberg also believes the devices could make their way onboard in specialized applications, such as using recaptured brake energy to heat a car’s catalyst to help lower emissions at startup or to provide electric power to active suspensions and mission-critical devices such as by-wire steering and braking in autonomous vehicles.

With automakers making the shift to 48V systems – the German luxury brands are moving that way and Fiat-Chrysler also has signaled it is headed in the same direction – prospects could arise for ultracaps as vehicle electrical architectures are wholly reconfigured.

“That’s definitely an opportunity for capacitors,” Miller admits. “(But) they’re not alone in competing for that business.”

Electric turbochargers/superchargers appear to be another avenue open to ultracaps. Engineering specialist Ricardo employed a supercapacitor in its HyBoost project car – a converted Ford Focus – to capture re-gen energy and use it to power the vehicle’s electric supercharger.

“There’s a lot of activity with electric turbochargers,” Setterberg says. “The ultracapacitor is a real enabler.”

Maxwell, which has been in business since 1965, launched ultracapacitor production in 1992 and now serves two primary markets: the electrical grid and transportation, where it is one of the biggest players with more than 20,000 UC-based hybrid buses in service, mostly in China and Europe. It shipped 5.72 million cells for transportation applications between 2007 and 2013.

In 2009, it produced its 1 millionth cell in the U.S. But after doubling capacity with a new operation in Phoenix it now has the capability to make 1.25 million annually.

Bullish on the outlook for ultracaps is IDTechEx, a market-research firm that puts the overall sector at $6.5 billion by 2024 and, unlike Ford’s Miller, believes development actually may be outpacing that of rival Li-ion.

It quotes Nanotune Technologies CEO Kuang Tsei Huange as saying supercapacitor energy density could reach 500 Wh/kg, more than twice that of today’s Li-ion batteries, though his company only has demonstrated 35 Wh/kg.

“Supercapacitors need not match Li-ion battery energy density to replace much of that battery market,” IDTechEx Chairman Peter Harrop says. “They have replaced maybe 1% of that market already with only one-hundredth of the energy density, because they last longer than the bus, for example, that they are in.”

How big a dent ultracaps will make in the light-vehicle market and how soon remains unclear. But as electrification takes over the automobile, the technology appears at least to have found its place in the discussion.