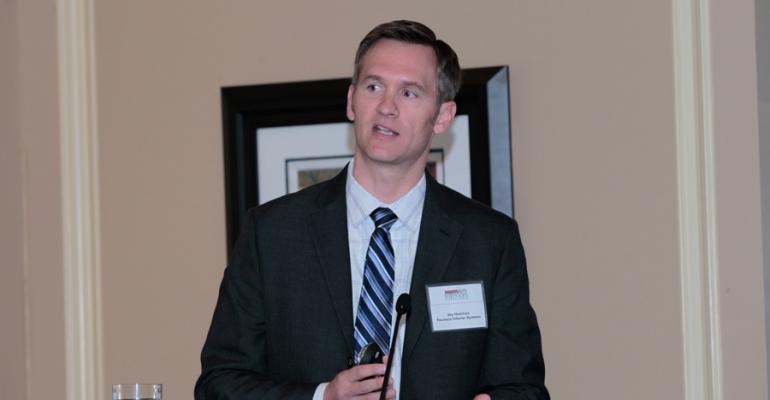 DEARBORN, MI – Rising gas prices and economic conditions are forcing the U.S. to catch up with the rest of the world when it comes to increasing demand for small cars, which for decades have been relegated to also-ran status in this country, say industry experts at the 2012 WardsAuto Interiors Conference here.

Substandard small cars and growing demand for larger vehicles caused U.S.-based auto makers to turn their attention away from the A- and B-segments, she says. When GM launched the Korean-built Chevrolet Aveo in 2003, it sold well but was criticized for poor craftsmanship and an inferior interior.

GM had no idea what was wanted or needed by consumers shopping the B-car segment. “Small cars haven't been the forte of America, but that’s an anomaly,” Sirvio says, noting regions of the world with dense populations and high fuel prices have established small cars as the norm.

Fresh from a 3-year stint at GM Korea in Seoul, Sirvio says GM leveraged the expertise of its nine global design studios to craft the interiors of the Chevrolet Spark A-car and Sonic B-car, both of which feature instrument panels inspired by motorcycles, a popular form of transportation in many congested foreign markets.

When it comes to small-car interiors, “content is incredibly important,” she says, noting the Spark and Sonic offer infotainment systems found in much larger vehicles. “(The) Spark is one of the smallest vehicles (GM offers), and we have taken this (interior) as far as we can and still keep it affordable.”

Hutchins says sales of small cars encompassing the A-, B- and C-segments are projected to grow 10%-13% annually through 2018. In comparison, total vehicle deliveries are expected to climb 4% in the same timeframe. As the global auto industry increases the use of common platforms, “we’re going to see more vehicles in this space.”

The key to successfully producing small cars in the U.S., which are expected to draw mostly younger customers, is providing connectivity, he notes. “Having mobile devices at all times and is important to consumers.”

Safety is important to small-car buyers, as well, and Hutchins says auto makers have made significant strides in the area. Another area that has plagued OEMs in the past is packaging efficiency; occupants want a sense of space.

And because small cars mostly attract young people, allowing for personalization is critical, he says. “It’s a segment where people show off their own flair, and OEMs have adapted to that and offered options.”

Auto makers are experimenting with new materials, colors and designs. “They take more risks in this segment,” Hutchins says.

As cars grow smaller, downsized components that perform critical functions are a necessity. Tim Yerdon, Visteon global director-innovation and design, says the supplier has developed a small, lightweight climate-control system that can fit in a variety of areas.

“We have to meet customer metrics,” he says. “When we do something differently, it affects everything else. We’re looking at these opportunities to shift the paradigm.”