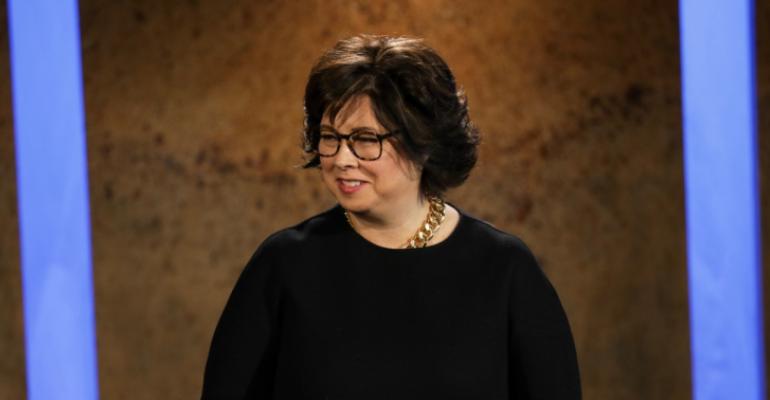 Ford
As Ford’s futurist, Connelly looks at trends and how they might bear on the auto industry.
Vehicles

Sit Back, Relax and Enjoy Your Car in the Driveway

LAS VEGAS – Many people use cars for more than transportation. They’ll get in their stationary vehicles to get away from it all.

So says Sheryl Connelly, who as Ford’s futurist-in-residence identifies trends and how they might bear on the auto industry.

She cites an Ikea poll in which 45% of respondents said they sometimes withdraw to their parked vehicle and just sit.

“They see their car as a sanctuary, as a place to retreat,” often while it's right outside their home, Connelly says here at J.D. Power’s first Automotive Revolution conference focusing on where the industry is headed.

A former practicing attorney, Connelly is modest about her current job. “Anyone can be a futurist,” she quips.

Her work involves consumer polling on topics ranging from autonomous vehicles to whether fast-paced modern technology is good or bad.

A Ford survey this year tapped into the opinions of about 10,000 people.

When asked what drives change the most, almost nine out of 10 people cited technology.

Seventy-nine percent said technology is a good thing. “But that means 21% think it’s bad, evil,” Connelly says. Some people “feared technology was trying to get into their heads.”

Asked by pollsters if artificial intelligence will surpass human intelligence in 10 years, 57% each of Generations Z and Y, 46% of Gen X and 36% of Baby Boomers said “yes.”

“Globally, 52% think AI will do more harm than good,” Connelly says. “More women than men tend to say they’re frightened by AI. A lot of people don’t realize AI is in their lives now.”

It’s also increasingly in their cars. The auto industry should help allay the qualms and “make them appreciate what benefits AI can bring,” she adds.

Fear of the unknown (or even the partly unknown) is nothing new in human history. For example, many anxious people bridled when horseless carriages puttered into town more than a century ago.

Today, polling shows many respondents reacting similarly at the prospects of living in the impending self-driving-vehicle era.

Only a minority of respondents J.D. Power surveyed said they would feel comfortable riding in an autonomous vehicle. That relaxed state-of-mind scored 34 on a 1-to-100 index.

Polling has its place in modern society (and economics), within reason and with caveats. It's tricky to gauge people's feelings about a product that's not even on the market yet, let alone something as revolutionary as a car that drives itself.

Meanwhile, some people are entering “the world of digital detox,” Connelly says of another poll topic. “Many of us know it is time to dial down on digital devices.”

Nearly half of surveyed people say they envy those who can disconnect from devices. Yet one in four said they’d rather give up their sense of smell than ditch those devices.

Most people distinguish between easing up on digital in personal life vs. doing so in work life. On the clock, it “reduces your value as a worker,” Connelly says.