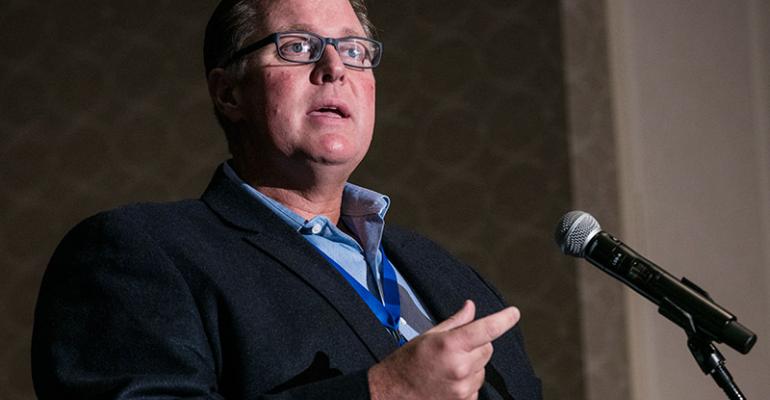 <p><strong>&ldquo;Ironically, people will need to feel in control even though we&rsquo;re talking about self-driving vehicles,&rdquo; Rockwell says.</strong></p>
Vehicles

As the age of everyone riding shotgun approaches, the auto industry must pay special attention to gaining and keeping human trust in the enabling technology.

NOVI, MI – As society transitions to fully autonomous vehicles, product developers need to understand the psychological issues that come with it, say panelists during a session at the 2017 WardsAuto User Experience conference here.

“The technology will take care of itself,” says Chris Rockwell, founder and CEO of Lextant, a user-experience consultancy. “The issue is not so much about technology than the psychology and the understanding of deep human needs.”

With the age of everyone riding shotgun nearing, the auto industry must pay special attention to gaining and keeping human trust in the enabling technology, he and fellow panelists say.

“Ironically, people will need to feel in control, even though we’re talking about self-driving vehicles,” Rockwell says, adding the systems should provide feedback to occupants assuring them things are under control. "They have to feel secure each step of the way."

Fellow panelist Chris Schreiner agrees, saying it would ease human apprehensions if occupants had “a window into the machine decision-making” of vehicles that drive themselves.

“Establish a framework for trust,” says Schreiner, who holds a master’s degree in cognitive psychology and is director-user experiences practices for Strategy Analytics, a provider of analysis and insights to the auto industry and others.

Self-driving vehicles need to make occupants along for the ride feel safe, he says. “We’ll get over the technical challenges. The biggest challenge is psychological. Overcome those, and people can sit back and enjoy the driving.”

He and Rockwell speak at a session entitled “What Are People Really Going to Do in Autonomous Cars?” In a cited consumer survey, respondents say they will, among other things, enjoy the view, text, use the telephone and surf the web.

Human activity in self-driving cars will vary depending on the number of occupants, says Nate Giraitis, strategy director for Smart Design that works with automakers to design both vehicles and mobility services.

The firm’s research indicates solo occupants of autonomous vehicles would focus a lot on productivity. But, he adds, there are deep and light levels of that, and vehicle occupants freed of driving responsibility are expected to do mainly the latter, such as catching up on emails.

Single occupants also are expected to at times just sit back and relax. “Expect more reclining back seats,” says Giraitis whose biography describes him as “passionate about getting to the root of people’s emotional and behavioral needs.”

When self-driving cars carry family and friends, inward-facing seats would give people the ability to talk to each other face-to-face. (That’s not to say they won’t at some point pull out a mobile device and head to Netflix.)

Self-driving vehicles represents the biggest transportation change “since we took the horse away from the carriage,” Giraitis says. “Now, we’re taking the driving away from the driver.”

Although that can raise trepidation issues, at least it should offer relief to commuters, especially the heavy-duty ones, Manna says.

The average one-way commute is 26 minutes, says Manna, citing U.S. Census data. That works out to nine days a year.

He notes the rise of “mega commutes” by some road warriors who in a year’s time can tally a month in their vehicles going to and from work.