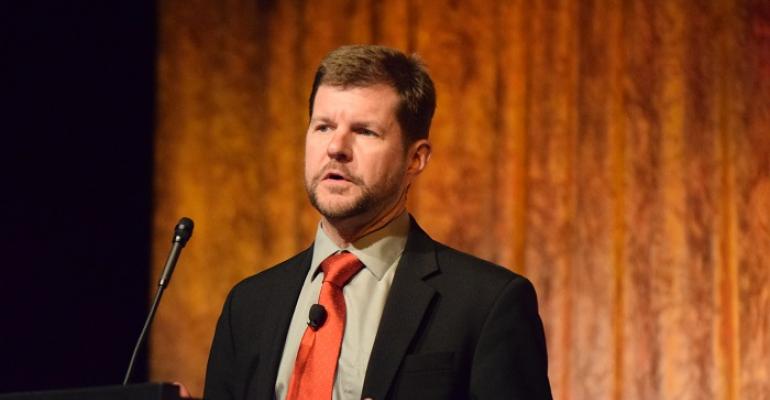 Technologies such as direct injection and variable valve timing have made the internal combustion engine very efficient, panelists concur.&nbsp;

“I absolutely don’t believe the internal combustion engine is at its end,” Ford’s Andreas Rolf Schamel, director-Global Powertrain Research and Advanced Engineering, says at a panel titled, “Is Having More Knobs to Turn a Good Dilemma?”

“I can’t see a pathway in the near term for it fading and being replaced by some of the other technologies out there,” Schamel says of the ICE.

While Ford is investing in hydrogen fuel-cell vehicles, the infrastructure to support the mass adoption of FCVs won’t be sufficient in the next 10-15 years, he reasons, and battery technology “will have to come a long way” to support plug-in electric vehicles with greater range than those available today, which roughly top out at 100 miles (161 km) on a full charge.

“The near future and even the future further out still is (dominated by the internal) combustion engine,” likely with added electrification and possibly powered by alternatives to fossil fuels, Miersch-Wiemers predicts.

“That raises the matter that hydrocarbons are a good way to store energy and there isn’t a better way we’ve found by probably a factor of 100 so far,” chimes in FCA US’s Jeffrey Lux, vice president-transmission engineering.

Most on the panel answer affirmatively to its premise, that engineers having more knobs to turn, i.e., lots of technology available to improve mileage, is for the best.

From direct injection to variable valve timing to electrification to ever-more advanced automatic transmissions, there’s no shortage of tools suppliers and automakers have in their arsenal to boost fuel economy.

“Some of the advancements we’ve been doing on the standard internal combustion engine has really taken the fuel economy and the benefits and the performance of that ICE so much farther than people probably imagined 10 years ago,” says BorgWarner’s Brady Ericson, president and general manager-emissions systems.

Jeff Hemphill, chief technical officer-Schaeffler Group USA, says more knobs to turn is a good dilemma to have, “but we’ll have to adopt some new principles of sorting through things in order to take advantage of the knobs we have.”

Hemphill says the right technology for the right application is key and sometimes too much technology can be detrimental. He expresses concern about adding more and more expensive technologies to engines that boost the price of new vehicles, especially when “incredibly cheap gas” makes it difficult for Americans to recover the money spent on said vehicles.

“Yes, the knobs are necessary…but it is unaffordable to use all the knobs in all the applications,” Schamel concurs.

Without expressly advocating for higher fuel taxes in the U.S., the Ford executive points out, “Other places in the world don’t rely on just leaving it to the OEM” to solve the issue of making higher-mileage vehicles attractive to consumers.

The panelists equate the falling sales of hybrids and EVs in the U.S. in recent months to more fuel-efficient ICEs closing the gap. WardsAuto data shows hybrid deliveries fell 15.7% through March, while plug-in hybrids were down 31.3% in the same period. EVs, however, were up 21.6% thanks to increased sales of Tesla’s Model S and new entrants such as the BMW i3 and Kia Soul.

“With the downsizing and boosting and variable valve timing and direct injection and the technology we’re applying today that (fuel-economy) gap is becoming smaller (with hybrids), and so the business case to switch to a hybrid becomes even less,” Ericson says.

Schamel advocates for no-compromise hybrids and EVs. “You just have to have a convincing product overall,” he says.

FCA’s Lux isn’t “sure what the answer is at this point in time. How (would you) make the highly electrified vehicle really attractive to the consumer given the opportunities to do much with the conventional powertrain, in terms of the drivability experience and the economics of vehicle usage they’re looking for?”