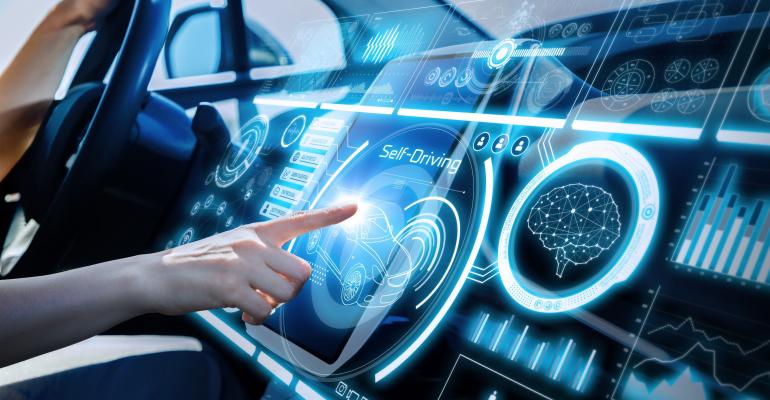 Christian Müller, head of the Competence Center for Autonomous Driving at the German Research Center for Artificial Intelligence, says there are clear signals that fully autonomous driving will come later than was once assumed.

Autonomous driving is an issue less present in the public consciousness because of a wave-like sequence of expectations followed by disillusionment, a German researcher says.

Christian Muller, head of the Competence Center for Autonomous Driving at the German Research Center for Artificial Intelligence (DFKI) says there are clear signals that fully autonomous driving will come later than was once assumed.

And in turn, he says, the return on investment will occur later than some companies expected.

DFKI’s shareholders include data companies such as Google and Microsoft, automotive manufacturers including BMW and Volkswagen and suppliers Bosch and ZF, among others.

Muller says developing approval procedures for fully autonomous driving is a huge work in progress and there are technical hurdles, as well.

“Imagine any junction in your city,” he says. “How many different movements can be carried out by individual road users there? Then multiply all of that with all conceivable weather and daylight situations – and you have the number of parameters that an autonomous system must be able to react to.

“From a market point of view, the question is how great the demand is. How urgently do we need premium-class vehicles that no longer need to be driven?” Muller asks. “It’s certainly going to be a few years until we actually see them.”

Muller says people movers, such as autonomous minibus systems, are more urgently needed in mega-cities such as those in China where there is considerable pressure to improve the traffic situation.

“In major Chinese cities, where there is also often spatial separation between the various means of transport, we might start to see the first examples in maybe three or four years,” he says.

“This kind of fully automatic minibus does not fit in with the portfolio of a premium manufacturer,” he says. “If premium manufacturers wanted to produce a people mover, they would have to give up an element of their conventional portfolio, whereas the supplier would gain something from it.”

In terms of the organization of automotive manufacturers, there could be a reordering of requirements, Muller says, with the trucks and vans division laying claim to leadership in implementing such future technology.

“That’s been helped by the legal situation there,” he says. “Over there, you can try out a new technology on the road straightaway. But then, of course, you would be liable if the autonomous vehicle causes an accident.

“However, the mere fact that, unlike in Europe, you are not liable to prosecution if a vehicle is operated on the road without being officially registered, helps.”

“There are 200 manufacturers in the country, some of whom are unknown in the West and who are driving the development of autonomous systems,” he says.