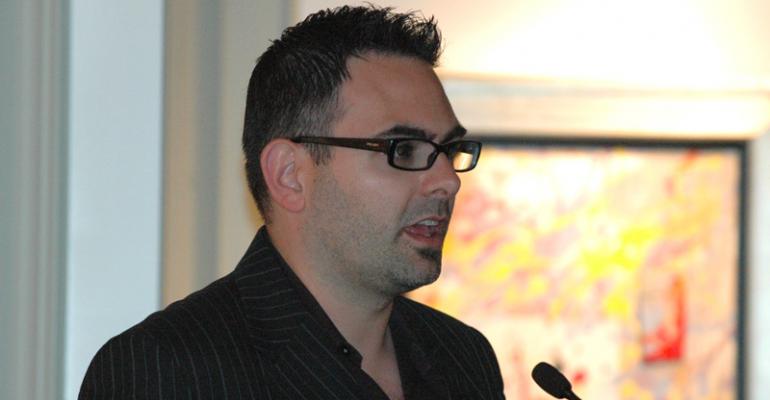 WardsAuto writers pass along the buzz at this week&rsquo;s WardsAuto Interior Conference being held in Dearborn, MI.

The only problem is Gelardi’s one of the few people at Ford who knows how to turn it on and off.

“So I’m crouched down behind a black curtain while (CEO) Alan Mulally has a design review,” he says.

Drivers Just Want to Have Fun

Frank Hirschenberger of connectivity supplier Agero points out data showing jaw-dropping statistics, such as 14% of drivers admit to shaving or doing their nails while behind the wheel while another 13% own up to reading or solving crossword puzzles. Yet another 14% watch videos.

“There is a natural human propensity to distraction,” he tells a panel examining future forms of vehicle interior connectivity. “People simply want to be productive and they want to be entertained.”

Just how attached have we become to our smartphones? Joni Christensen, head of marketing for Chrysler’s UConnect, offers this nifty test called “the smartphone stack.”

During your next night out with friends or colleagues, have everyone stack their devices at the center of the table. “And the first one to reach for their phone picks up the tab.”

No Brownies for Breakfast

Amko Leenarts, Ford director-global interiors design strategy, draws laughter from the crowd before his presentation at the WardsAuto Interiors Conference this morning when he addresses a cultural stereotype.

“You probably think this guy from the Netherlands smokes pot before breakfast. I didn’t,” he says.

Presenters at the 2013 WardsAuto Interiors Conference have strict instructions to keep their presentations within the allotted time, and Michael Crane, an executive with Continental North America and moderator on a panel on Thinking Outside the Box is committed to seeing they do.

When one talk goes on a little too long, Crane gets up from his seat and edges closer and closer to the podium until the speaker gets the message.

Afterward Crane says, “If I get up, and I will get up, it means your time is up. As my father would say, ‘Don’t make me get up from this chair.’”

Jeep’s Robert Walker spends his time as a panelist at the 2013 WardsAuto Interiors Conference showing slides of exotic locales such as China and Morocco, telling attendees the auto maker sends its designers around the world to seek inspiration for its next-generation vehicle interiors.

And that has some in the audience a little jealous.

During the question-and-answer session, one attendee raises his hand to say he thinks he might like to work for Chrysler. “They actually send you to China to drink tea?” he asks.

Panel moderator Mike Crane of Continental offers a solution for envious designers in the audience. “You can always buy a Jeep and experience it that way.”