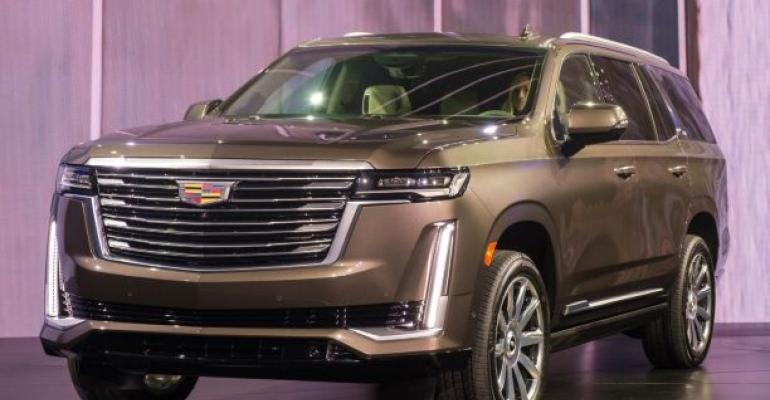 The Escalade has become one of the most successful Cadillacs ever, and the redesigned ’21 model should further cement its place in the brand’s long and storied history.

HOLLYWOOD, CA – When Cadillac created the original ’99 Escalade by slapping wreath-and-crest emblems all over a GMC Yukon Denali and calling it good, some people nearly lost their minds.

Such audaciously blatant badge engineering was rare even in the 1990s. Besides, who would want a Cadillac truck?

As it turned out, lots of people. The Escalade became one of the most successful Cadillacs ever, and the redesigned ’21 model should further cement its place in the brand’s long and storied history.

Introduced by Academy Award-winning filmmaker Spike Lee here, the new Escalade looks sensational inside and out, offered in Luxury and Sport styling themes with standard, Premium and Platinum trim levels.

Under the SUV’s towering hood and behind its gleaming grille, a 6.2L V-8 supplies 420 hp and 460 lb.-ft. (623 Nm) of torque, directed to the rear or all four wheels through a 10-speed automatic transmission. 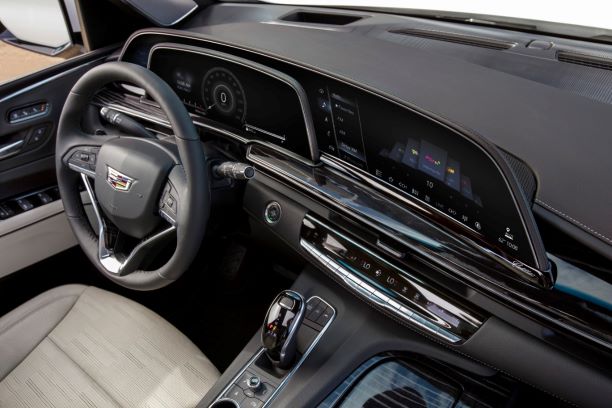 As an option, Cadillac will offer a 3.0L turbodiesel inline 6-cyl. Producing 277 hp and 460 lb.-ft. of torque, this engine should improve fuel economy without sacrificing performance. The powerplant, one of Wards 10 Best Engines & Propulsion Systems of 2020, also will be used by the new Chevrolet Tahoe and GMC Yukon.

The new ’21 Escalade rides on a 4-wheel independent suspension. Cadillac has dropped the beam rear axle suspension in favor of a multi-link design. As a result, the new SUV offers significantly more third-row passenger and cargo room, leveling the playing field with the Lincoln Navigator, which has been fitted with an independent rear suspension since 2003.

Cadillac also offers a next-generation Magnetic Ride Control suspension for the new Escalade, as well as an optional Air Ride adaptive suspension that lets the driver lower or raise the SUV 2 ins. (51 mm). Standard 22-in. wheels and 275/50 tires should absorb some of the impact harshness.

Technology also defines the ’21 Escalade. A curved organic light emitting diode (OLED) digital instrumentation and infotainment panel dominates the cabin (above), combining three separate displays into a single 38-in. (97-cm) diagonal viewing area boasting twice the pixel density of a 4K television. This display is seamlessly integrated into the cabin design rather than looking like an iPad attached to the dashboard with Gorilla Glue.

Augmented reality lays turn-by-turn directions over a live street-camera view, similar to the latest Mercedes-Benz User Experience technology. When searching for points of interest, the Escalade also employs Google Street View so you can see your potential destination and its surroundings before you select it.

A conversation enhancement feature also is part of the AKG Reference system, allowing the driver to communicate with rear passengers without yelling. The front-seat passenger receives a separate volume control, and verbal prompts from the navigation system are issued to the speakers on the side of the SUV matching the direction of the upcoming turn.

While front-seat occupants are dazzled by the standard OLED display and coddled by the available heated, ventilated and massaging seats, and while third-row passengers enjoy a 40% increase in room and 10 ins. (25.4 cm) of extra legroom, second-row occupants do not get short shrift.

The seats now slide forward and back, and a new rear-seat entertainment system is available. It employs dual 12.6-in. (32-cm) touchscreen displays, features Android mirroring capability and supports streaming video, music and games. 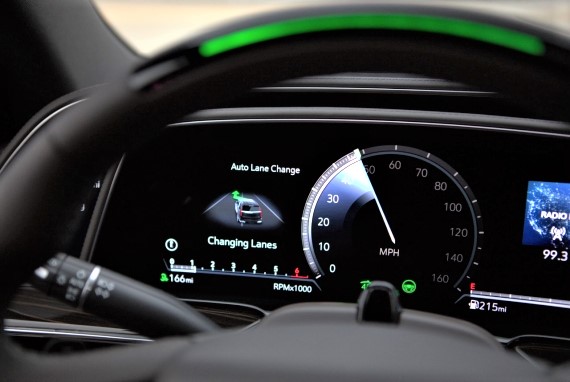 Occupants also can take control of certain vehicle functions, including the ability to choose and alter navigation destinations.

Production of the redesigned ’21 Cadillac Escalade starts in Arlington, TX, this summer, and the SUV should reach dealer showrooms during the third quarter. Prices will be announced closer to that time.