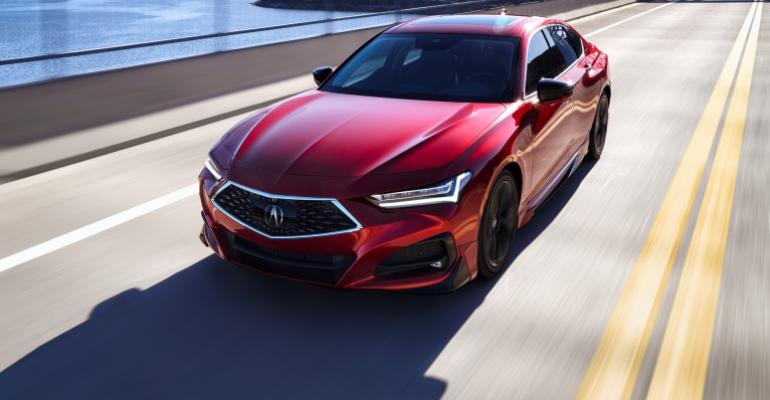 The first of Japan’s luxury brands to go on sale in America in the mid-1980s, Acura once represented the pinnacle of design and engineering for its parent, American Honda.

Now, with the debut of the redesigned ’21 Acura TLX sedan, the company reveals what vice president and general manager Jon Ikeda calls a “proof point” of its intentions to return to its former glory.

Equipped with turbocharged engines and next-generation torque-vectoring Super Handling All-Wheel Drive (SH-AWD), fortified with a new double-wishbone front suspension and an exclusive vehicle architecture boasting a 50% improvement in torsional rigidity, the ’21 TLX is “the quickest, best-handling and most well-appointed sedan in the brand's 35-year history,” according to Acura.

The new TLX is a faithful reproduction of the Acura Type S Concept that wowed crowds at the 2019 Pebble Beach Concours d’ Elegance.

Longer, lower and wider than the ’20 TLX, but equipped with the same size cabin as the outgoing car, the new version boasts rear-drive proportions due to a dramatic 7.8-in. (198-mm) increase in its dashboard-to-axle measurement. View the new TLX in profile, and the change is obvious.

A 3.7-in. (94-mm) wheelbase stretch, and wider front and rear tracks, give the redesigned TLX a more commanding presence. Acura’s new “chicane” daytime running light and LED taillight illumination signatures help identify the car, and there isn’t a bad line, detail or proportion on the company’s most popular sedan. 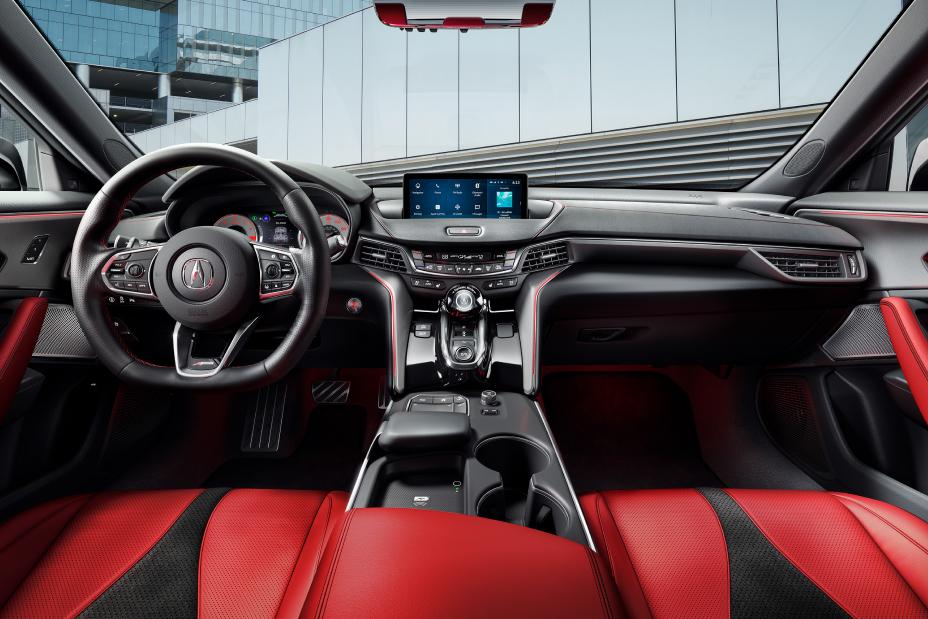 As it did previously, the new optional fourth-generation torque-vectoring SH-AWD delivers up to 70% of the engine’s power to the rear axle and up to 100% of that to either rear wheel. Changes, according to Acura, include a 40% improvement in rear torque capacity and a 30% improvement in front-to-rear torque transfer speed.

Additionally, the company says the new SH-AWD continually overdrives the rear axle by 2.9% to enhance the yaw-moment effect of power transfer between the wheels. In turn, this gives the new TLX a sharper and more accurate corner turn-in feel and requires less steering correction in the corner.

Mounted transversely, the V-6 is compact and light, according to Acura, and employs a single dual-scroll turbocharger delivering “immediate, high-torque response.”

Official specifications will be finalized closer to the model’s arrival in the spring of 2021, but Acura promises a substantial increase in low-end torque when compared to the discontinued 3.5L V-6.

Thanks to an overall improvement of 50% in structural rigidity, the new ’21 TLX has the stiffest body of any Acura aside from the NSX sports car. The TLX’s platform is exclusive to Acura sedans.

Wheel and tire combinations are specifically selected to enhance the TLX’s handling, and Acura says the standard 18-in. aluminum alloy wheel with all-season performance tires supplies 20% more lateral grip than the equivalent in the previous TLX. A 19-in. wheel is available, and the TLX Type S offers a standard 20-in. design.

A new belt-driven, variable-ratio electric steering system replaces the electrically assisted hydraulic steering of the previous TLX, while electric-servo brake-by-wire technology comes from the NSX. The TLX Type S gets 4-piston Brembo front calipers and larger discs at each corner.

Acura does not fully define the new ’21 TLX lineup but confirms there will be a standard-spec car as well as Advance, A-Spec and Type S variants. The TLX goes on sale this fall with a base price in the mid-$30,000 range, and the Type S arrives in spring 2021.