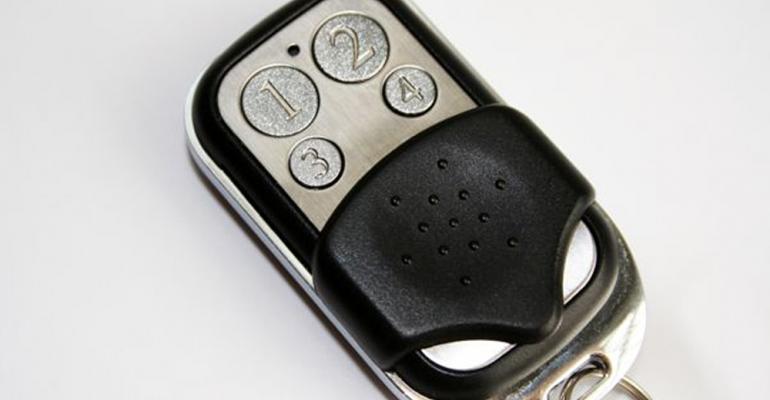 The DJ&rsquo;s light-control panel was designed to send out intermittent signals but somehow transmitted a continuous stream of data on the same frequency used by some vehicle remote controls.

NEW YORK  – A disc jockey’s job is to keep the crowd on the dance floor moving, but a DJ in Yonkers, NY, apparently was immobilizing cars as well.

Since the beginning of the year motorists in a section of Yonkers, 15 miles (24 km) north of Times Square, were unable to unlock their cars with remote-control fobs. Some drivers of cars without keys simply were unable to enter their vehicles because of unexplained electronic interference.

Owners of Cadillac and Lexus luxury models were especially plagued by the glitch, says David Maxson, who runs Isotrope, a Midfield, MA-based firm that specializes in radio-frequency systems.

He was hired last week to investigate the fob problem by Extenet, a company that installs cell-phone antennas on light poles. The antennas were thought to be the source of the interference, but it took Maxson less than 24 hours to trace the signal to a building on a block that housed a bar.

With the consent of the bar's owner, he determined a light-control panel used by a DJ was the source of the interference that rendered key fobs useless. The panel was designed to send out intermittent signals but somehow transmitted a continuous stream of data on the same bandwidth used by some fobs.

Key fobs trigger signals on two bandwidths: 315 mHz and 434 mHz, which in turn activate microprocessors unique to each vehicle. Only fobs operating on the former bandwidth were jammed by signals from the light-control panel, despite Federal Communications Commission regulations that require short-range devices to operate intermittently.

The jamming signals traveled only a short distance. When vehicles were pushed or towed a few blocks away, the key fobs operated normally. At first, car owners besieged a local hardware store in search of new batteries for their remote fobs, but replacing the batteries didn't help.

Maxson says motorists who encounter similar difficulties can try holding fobs close to the antenna that transfers signals to the door locks. It's usually located near the radio antenna. That could help override jamming signals on the bandwidth used by the fobs, he says.