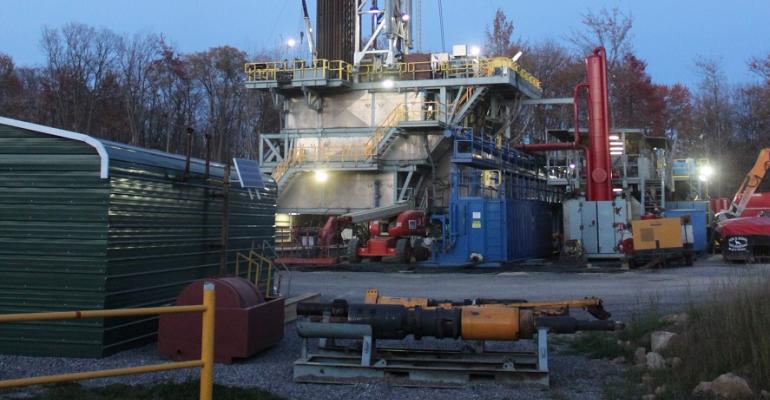 CISTAR researchers and industry partners aim to convert light hydrocarbons from the shale gas deposits into chemicals and transportation fuels in work that could inject up to $20 billion annually into the U.S. economy.

Purdue University researchers are working to provide the next 100 years of American transportation fuels and chemicals – and to inject billions of dollars into the national economy – by creating new ways to develop U.S. light alkane deposits.

“Our challenge is to make the best and most responsible use of these staggering resources,” says Peter Keeling, director of industry and innovation for Purdue’s Center for Innovative and Strategic Transformation of Alkane Resources (CISTAR).

CISTAR researchers and industry partners aim to convert light hydrocarbons from the shale gas deposits into chemicals and transportation fuels in work that could inject up to $20 billion annually into the U.S. economy.

The research focuses on developing new catalysts that can be used in a simple process to convert the light alkanes in natural gas to oxygenate products that can be used as clean-burning, high-octane liquid fuels, as fuel components or as precursors to liquid hydrocarbon fuel.

The work covers separation methods and process design, including modular systems that deliver cost-effective ways for the “transformation of alkane resources with major positive potential impacts on the environment, society and economy,” Purdue says.

Hydraulic fracturing, or fracking – the process of injecting at high pressure a fluid into rock to extract gas from shale, is controversial. Some environmentalists say the fracking fluid, made up of chemicals, sand and water, contaminates ground water near fracking sites. Small earthquakes that have occurred near fracking sites also have been blamed on the practice.

“We are striving to revitalize the U.S. industry and its workforce through STEM (science, technology, engineering and mathematics) research aimed at responsibly realizing the potential of shale resources,” says Fabio Ribeiro, professor-chemical engineering and CISTAR director.

The National Science Foundation is providing $19.75 million over five years for the center “with an expectation to augment funding for a total of 10 years,” Purdue says. “Industrial and university partners will contribute additional funding and critical resources to create an innovation engine and portfolio of technology.”

CISTAR and the Purdue Office of Technology Commercialization are working on securing intellectual property for the work being done. The center is looking for additional industry partners to join it and the 19 current industry members from some of the world’s largest energy companies.