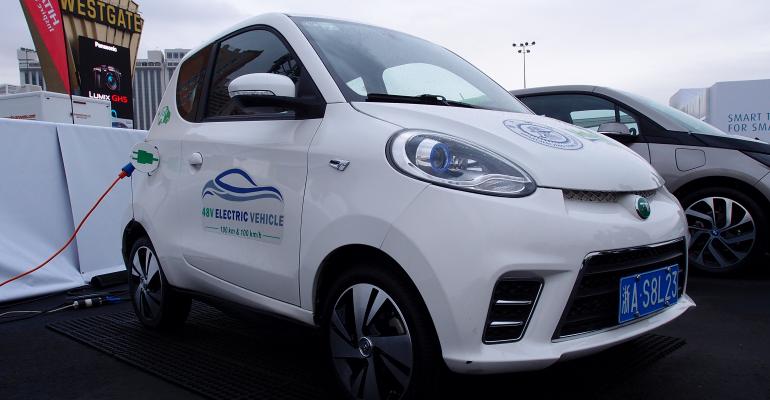 Automakers around the world rapidly are embracing 48-volt mild-hybrid technology to meet tightening tailpipe emissions rules and replace fuel-efficient although controversial diesel engines, but the battery-backed propulsion systems also may be deployed as a fully electric vehicle.

“It’s hard to say there isn’t a market for them,” says John Kirwan, chief engineer-Advanced Engineering at Delphi Technologies, a global leader in vehicle propulsion.

“The market is moving quickly, including to greater levels of electrification beyond 48V, and a number of factors will determine how this plays out,” he adds.

Kirwan says the 1-2 punch of stricter carbon-dioxide emissions rules and the black eye Dieselgate gave that propulsion option have left automakers uncovering every stone for ways to improve efficiency.

The 48V mild hybrid, which in most cases uses a 48V lithium-ion battery in combination with a motor-generator to replace an alternator and reduce the workload of an internal-combustion engine, has been hitting the streets in the U.S., Europe and China. Braking systems recuperate energy to recharge the battery.

However, the 48V EV also is seen as a quick way to reduce emissions, primarily in Europe and China where small, 2-, 3- and 4-seat scooters and city cars are widely accepted.

The U.S. prefers larger vehicles, even in dense urban settings, so when its consumers go fully electric they choose high-voltage EVs such as a Tesla, Chevrolet Bolt or Nissan Leaf. Those vehicles struggle to sell at rates to make them profitable and dwindling federal rebates further dim their appeal.

In fact, the Chinese government reportedly is contemplating regulating specifications for 48V EVs, such as by footprint and power output, much like the Japanese government did to encourage successful adoption of the tiny Kei car.

China already has ambitious EV sales goals. Last year, about 1 million EVs were sold in the country, accounting for half of all global electric deliveries, and it wants one in every five vehicles sold in the country by 2025 to be electric.

“This could be an interesting small vehicle, an electric vehicle for urban use,” he adds. “It is pure electric, 48V. It is more like a Smart car, with limited range and limited speed.

“It may have a 12V network for conventional electric stuff,” Gassmann says, citing items such as lighting and HVAC. “But the powertrain is 48V.”

Paris-based supplier Valeo, a GKN customer and early seller of 48V mild-hybrid systems, showed a 48V EV prototype at the Shanghai auto show in April. The 2-seater can reach speeds up to 62 mph (100 km/h) with a range of 93 miles (150 km). Power output from the 48V li-ion battery and motor reportedly is in the range 4 kW-25 kW, which the supplier considers a perfect fit for urban mobility at an affordable cost.

The Valeo demonstrator could be charged from any electrical socket and cost less than $10,000 (€8,995/¥69,112). It is 20% less expensive than a high-voltage EV because it does away with many of the costly high-voltage components. A 12V electrical system operates all common accessories.

Valeo officials tell Wards the supplier is working on projects with unidentified automakers in China and Europe to develop light urban vehicles that could be series-produced and equipped with its 48V EV systems. Valeo believes as many as 4 million cars in China could be outfitted with the technology by 2023.

Germany-based Bosch, another parts-making giant, also has an eye on the 48V EV segment. It has developed a 48V drive system comprising a motor, control unit, battery, charger, display for driving information and Bluetooth interface and app using off-the-shelf components. Using existing parts keeps costs down and reduces time-to-market for an OEM to 12-18 months.

Multiples of the Bosch system’s components could be combined, depending on vehicle class and performance demands. Bosch, which considers itself positioned as an end-to-end supplier for OEM electrification needs, says the system provides rapid acceleration from a standstill and driving enjoyment, whether applied to 2-, 3- or 4-wheeled vehicles.

“One further advantage is that these small vehicles not only reduce emissions, but noise as well,” Markus Heyn, member-Robert Bosch board of management, said during a technical briefing of its prototype two years ago. “We expect that this 48-volt system will generate annual internal growth of well over 100%.”

Last year, although Bosch exited a battery manufacturing joint venture, it does operate a battery plant in China to specifically make 48V Li-ion batteries (pictured, below) for mild-hybrid application and 48V EVs if the market accelerates. 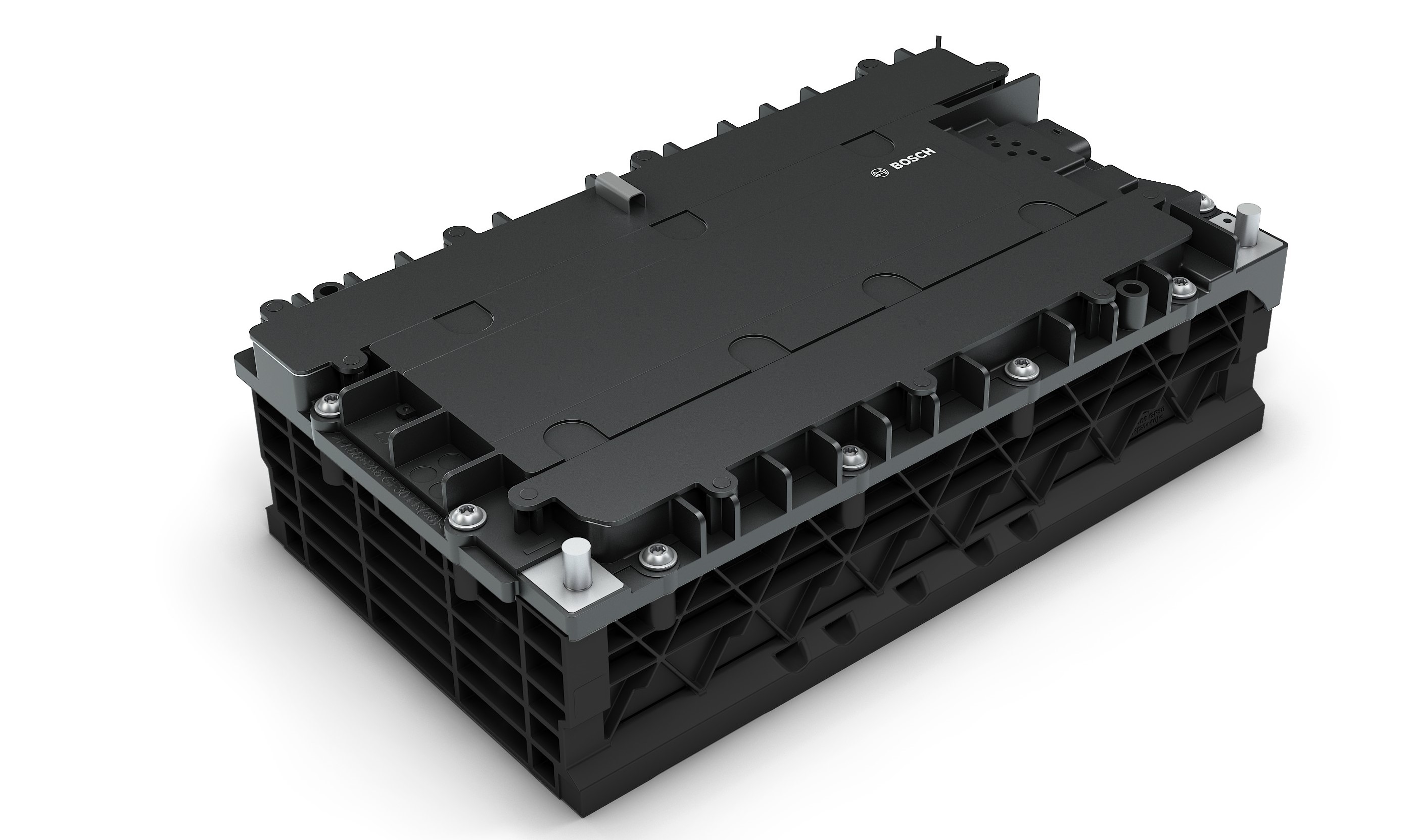