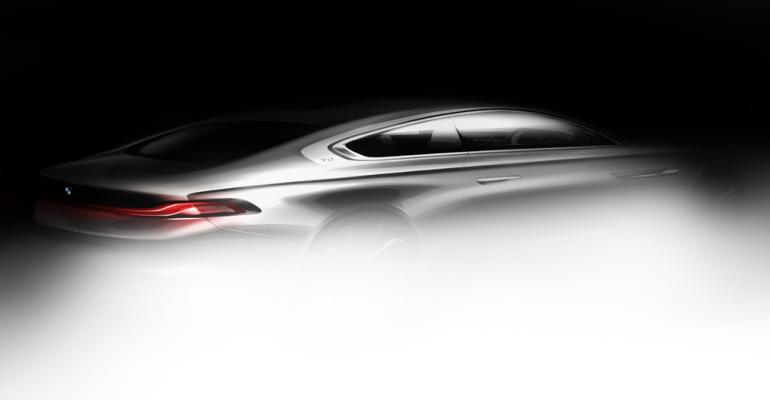 The car is spun off the chassis of a V-12 BMW 760iL as a fully functional and street-legal one-off. However, a limited series of custom-built cars may be produced.

TURIN, Italy – BMW and design house Pininfarina will signal their growing ties with the May 24 unveiling of the BMW Pininfarina Gran Lusso Coupe at the Concorso d'Eleganza Villa d'Este 2013 in Como, Italy.

The sophisticated and elegant Gran Lusso Coupe is the sequel to the dramatically sporting BMW Zagato Coupe, unveiled last year at the same event, owned and organized by BMW.

The car is spun off the chassis of a V-12 BMW 760iL as a fully functional and street-legal one-off. However, Pininfarina eventually may produce a limited series of “fuoriserie” (Italian for custom-built) cars for BMW to customer specifications.

BMW says its cooperation with Pininfarina has “led to a new automotive personality brimming with character and ready to join the high-end luxury class: typically BMW and bearing the refined imprint of Pininfarina.”

Pininfarina has had a long relationship with BMW. Its design and engineering studios here and in Munich are playing a role with the auto maker’s three brands in engineering and model or prototype construction.

The collaboration has been accelerating and intensifying since Volkswagen acquired Italdesign-Giugiaro and brought to an end a major development program for the Mini brand.