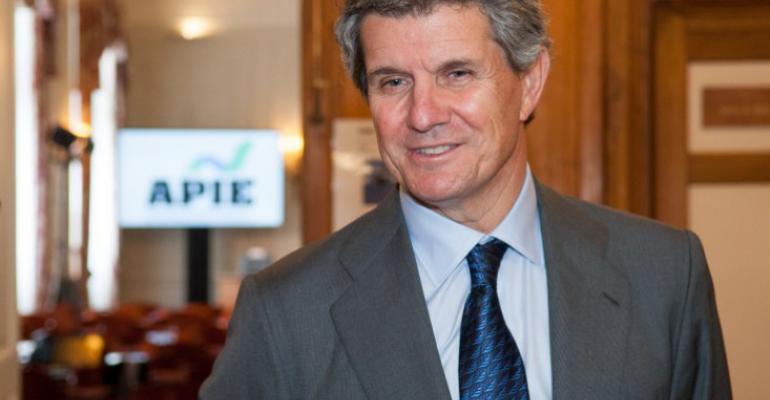 Not So Fast With EVs, Autonomous Vehicles, Industry Exec Says

“It's not just innovation,” Francisco Riberas says. “You have to be profitable, too, and you have to produce a lot.” While Volkswagen manufactures 43,000 vehicles per day, Tesla barely reaches 40,000 EVs in one year “because making cars is not so easy, even if they are electric cars,” he says.

MADRID ─ Gestamp founder and president Francisco Riberas acknowledges it’s a matter of time before electric and autonomous vehicles become commonplace. He just doesn’t think that will happen as soon as much of the automotive and technology industries think.

“Until a certain critical mass is reached, the evolution of the electric car will not begin to accelerate,” Riberas, who heads a multinational, Tier 1 supplier of metal products to the auto industry, says at a recent meeting of business journalists at Menéndez Pelayo International University here.

Riberas predicts only 15% of cars produced globally will be all-electric in 2025, despite the International Energy Agency’s 2017 forecast of a global fleet of between 40 million and 70 million EVs that year.

Potential obstacles to EV growth include battery recycling and generating sufficient electricity to sustain charging infrastructure on a global scale, he says, adding EVs’ benefits can be offset by other factors: “For example, in China, which is the country where the electric vehicle fleet grows fastest, electricity is obtained mainly by burning coal and, consequently, emitting large amounts of (carbon dioxide) in the process.”

“It’s not just innovation,” Riberas says. “You have to be profitable, too, and you have to produce a lot.” While Volkswagen manufactures 43,000 vehicles per day, Tesla barely has reached 40,000 EVs in one year, “Because making cars is not so easy, even if they are electric cars,” he says.

The executive warns against declaring war on existing propulsion technologies such as diesel engines, which are falling out of favor in markets such as Europe despite their CO2 emissions being lower than those of gasoline engines.

“We are demonizing diesel vehicles when they are now much cleaner than five years ago and the diesel engines to come will even be much cleaner, but nobody seems to want to talk about it,” Riberas says.

Speaking later at a forum organized by Spanish newspaper El Confidencial and consultancy PriceWaterhouseCoopers, Riberas predicted the technology for fully autonomous cars will not be fully developed for 20 to 25 years.

“It has been widely reported that within five years, we are going to live in a world of ‘robocabs.’ but that will take much longer to happen,” he says, noting adequate legal frameworks for autonomous vehicles are not yet in place.

Riberas doubts a technology company such as Google or Apple will produce their own cars. “In any case, they would buy an established car manufacturer,” he says.

The Gestamp president also says he doesn’t think car sharing will significantly reduce vehicle production because purchases by the companies that provide them will offset fewer purchases by consumers.

“In addition, a vehicle that is used by several people always has a shorter life, which will have to be renewed more frequently,” Riberas says.