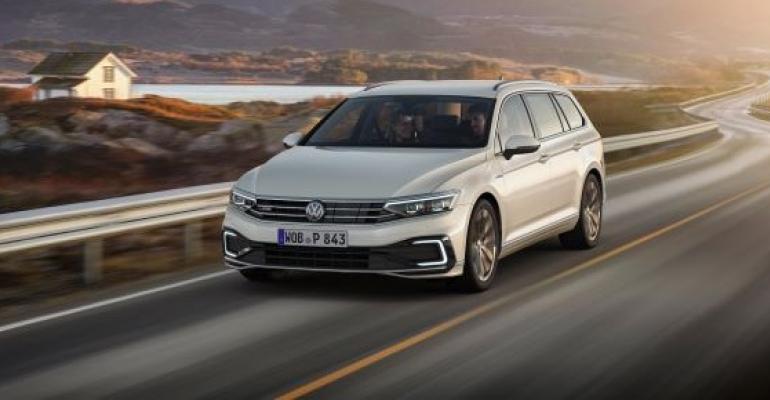 Passat to debut at Geneva with partially automated driving up to 131.5 mph.
Vehicles

The eighth-generation Passat makes its debut at the Geneva auto show. The market launch will take place in September in Germany.

Volkswagen’s latest edition of its popular midsize Passat will be the first VW model capable of partially automated driving up to 131.5 mph (210 km/h).

The eighth-generation Passat makes its debut at the Geneva auto show. Presales begin in May and the market launch will take place in September in Germany.

VW says they are also the first-ever brand models with a capacitive steering wheel. This detects touch by the driver, providing an interactive interface to systems such as Travel Assist.

It also will be possible to use one’s smartphone as a mobile key for opening and starting the Passat.

“The combination of the electric motor and turbocharged engine (160 kW/218 hp) means the Passat GTE provides the benefits of a comfortable, safe long-distance vehicle,” VW says.