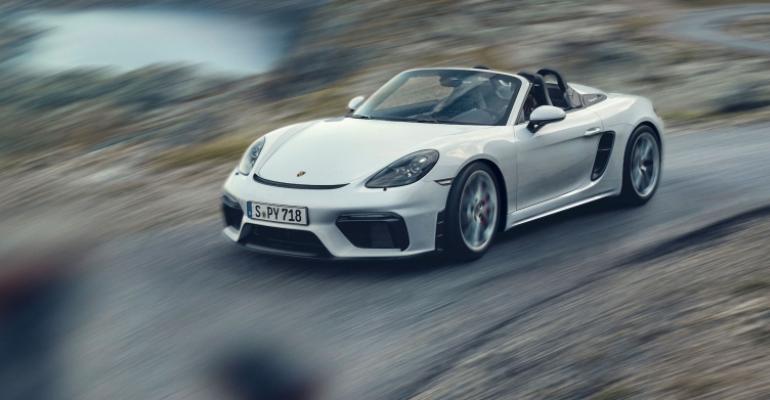 Planned for North American delivery by the end of 2019, both models feature a new mid-mounted 4.0L horizontally opposed engine that forms part of latest 6-cyl. engine family known internally at Porsche as the 9A2 Evo, the German automaker confirms.

Based on the turbocharged 3.0L unit used by the 911, the new naturally aspirated 6-cyl. was chosen over a more highly tuned version of the turbocharged 2.5L 4-cyl. found in the 718 Boxster GTS and Cayman GTS.

New technology increases the engine’s efficiency without the need for forced induction. Included is a new adaptive cylinder-control system that can momentarily pause fuel injection in one of the two cylinder banks under partial loading in a cylinder shutdown process. Piezo injectors are used for the first time alongside a variable intake system and Porsche also provides its latest in a distinguished line of naturally aspirated units with a particulate filter to reduce NOx emissions.

Both new Porsche models channel their power through a standard 6-speed manual gearbox and locking differential to the rear wheels.

A complete rethink of the aerodynamic packages on the new Boxster and Cayman models sees the 718 Spyder adopt a new manually operated roof, which Porsche says can be stowed in “just a few steps.” Also included on the new open-top is a rear spoiler that deploys at a speed of 74 mph (119 km/h) and rear diffuser element to increase downforce.

Changes to the body of the 718 Cayman GT4 are said to produce up to 50% more downforce than the preceding model with no increase in drag. The rear wing (below, left) alone is claimed to be 20% more efficient than that used by the old Cayman GT4, developing an added 26 lbs. (12 kg) of downforce on the rear axle at 124 mph (200 km/h). 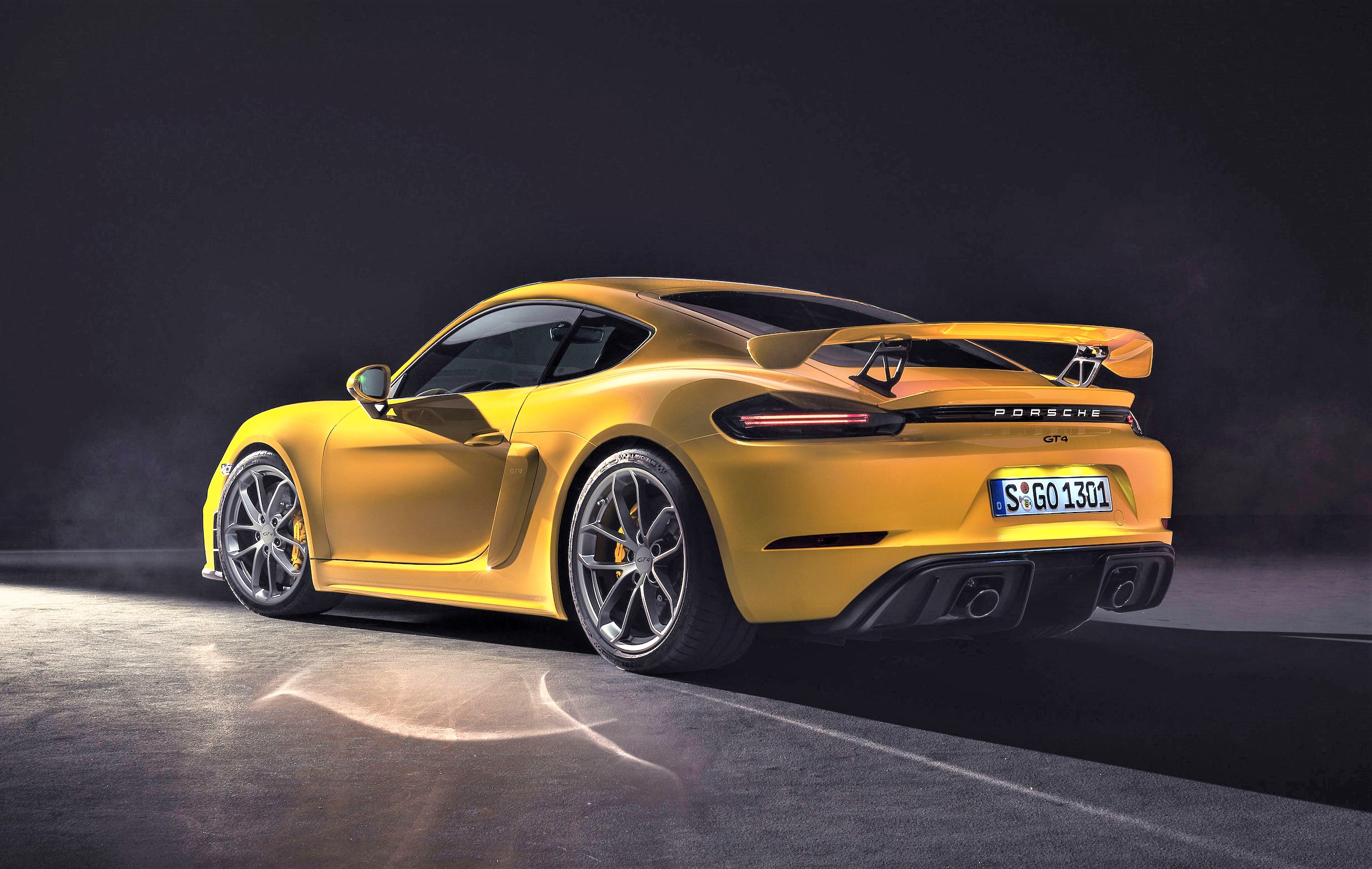 Both Porsche models feature the same MacPherson-strut front and multi-link rear suspension combined with Porsche Active Suspension Management damping. It is set 1.2 ins. (30 mm) lower than the suspension used by standard Boxster and Cayman models and is claimed to be specifically designed for racetrack use.

The 718 Cayman GT4 has the option of a Clubsport package in selected markets, though it is not planned to be offered in North America. This includes a steel roll bar at the rear of the cabin, a fire extinguisher and a 6-point seatbelt for the driver’s seat.