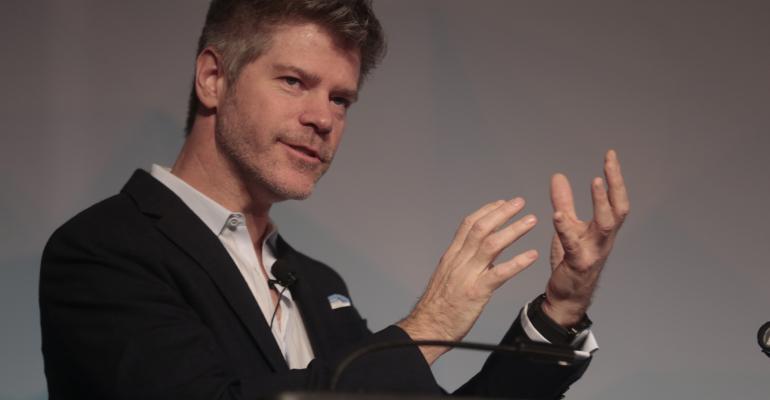 That’s the bottomline in the message delivered by Dave Lyon, co-founder of Pocketsquare Design, who says there’s widespread evidence in the cars and trucks on the road today that not enough attention is being paid to how infotainment systems look, feel and function.

“Nobody needs to buy a new car,” he says in a keynote speech at the WardsAuto User Experience Conference here. “It’s our job to make them want to buy one. And UX is a big part of that.”

“If infotainment is a big brand (perception) thing, then why do all of them look the same?” he says.

Lyon advocates automakers devoting as much design emphasis on infotainment systems as they do in creating vehicle exteriors and interiors, branding their systems with unique colors and graphics.

“It’s time to explore with color, explore the personality available,” he says, adding there currently is “a lot going on with graphic design” that could be better exploited in cars and trucks.

Lyon also calls on automakers to plan for midcycle infotainment refreshes during the initial design phase, because currently these systems suffer from a too-long lifecycle of about six years. An over-the-air update for existing vehicle owners would allow automakers to freshen the look, add new functionality and eliminate infotainment features proven unpopular.

“As an industry, we invented the facelift,” Lyon says. “ Where do you think Apple got its (idea for) planned obsolescence?”

He also calls on automakers to pay closer attention to materials , pointing to the luxurious Bentley Continental GT Coupe’s leather-  and wood-laden interior that still employs mostly low-end plastics for its user-interface controls.

An automaker also should try to give a system unique looks and functionality depending on the specific vehicle model in its lineup, Lyon says, suggesting full-line manufacturers try to inject personalities that are different in a pickup truck than a compact sedan to better reflect the demographics and desires of those individual buyer bases.

“How can one user interface connect with all (those different buyers)?” he says.

Finally, designers should resist the impulse to over-pack their infotainment systems with functionality buyers won’t use, only to frustrate and distract the driver.

“Keeping it simple is the most obvious (requirement) and the most difficult on the list,” he says.

The future may see drivers wanting to become disconnected as they look for more “me time” in an overly connected world, Lyon says.

“Its possible disconnection is the new connection,” he says. “People with money understand this and are willing to pay for this.”

Cars to Make Comeback in Battle Over Connectivity
Oct 04, 2016