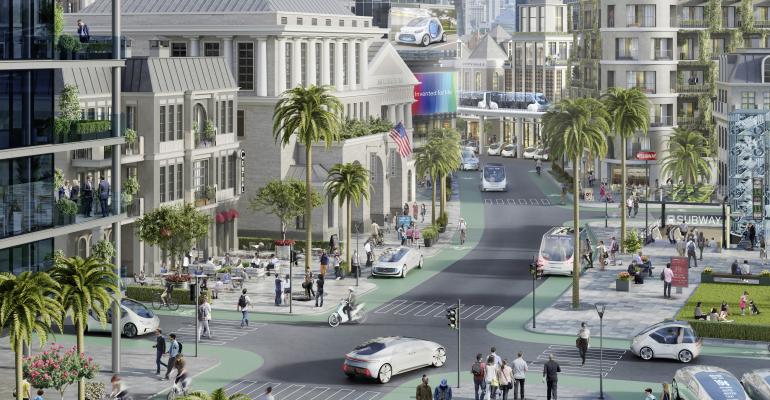 Mobility A Work in Progress

The Coronavirus has absorbed the attention of automakers for the moment.

But longer term, the question of how they will fit into a wider and ever-changing mobility landscape hovers over the auto industry, forcing them to grapple with new suppliers, new technology and new services to augment public transportation networks, according to a panel assembled by the Automotive Futures Group at the University of Michigan.

Mobility As a Service was the theme of the panel discussion on the U-M campus in Ann Arbor.

Sampo Hietanen, the Finnish founder of MaaS Global, says urban consumers are looking for services that fill their needs under a variety of circumstances.

The underlying business opportunity inherent in mobility as a service makes it potentially a multi-billion-dollar business. Seventy-six percent of the money spent on mobility is spent on cars that are used only 4% of the time. The figures underscore the high cost of owning a private vehicle and the potential of services that could replace car ownership, Hietanen says.

Having a vehicle does offer flexibility that is very difficult to match, he notes during his presentation via Skype.

“Until I have something giving you the same level of service (as an owned vehicle), it won’t make it,” says Hietanen, who has championed the idea of having people give up their vehicles. “What would be more than owning a car and (having) the freedom of mobility to go anywhere, anytime, on a whim?”

New companies, meanwhile, keep looking for a formula offering a path to profit by providing various services. For example, Google Maps offers users a way to plan a trip. China’s Alibaba offers access to multiple ways of moving around a city, such as bikes, public transit, taxis and ride sharing, Hietanen says.

A company called Cubic offers parking at a retail level when a customer pulls into one of its service areas. The model makes sense because the real estate needed for parking a vehicle has become increasingly expensive in big urban areas, such as New York or Tokyo.

Subscription services, which offer consumers different types of vehicles that suit their needs on a given day or week must wrestle with factors such as depreciation and the fact that customers won’t be able to drive a brand-new car all the time, Hietanen says.

Hietanen’s own company, with the help of several partners, offers a variety of subscription services to customers in Helsinki, Finland. The goal is to develop a sustainable, profitable model that satisfies the demands of users and the broader society.

The “Whim” plans offered by MaaS Global include Whim Urban, which includes access to public transportation, taxis and bikes; Whim Pay As You Go, which charges users only for services they actually use; and Whim Unlimited (the most expensive service at €499 [$555] per month), which provides access to cars, bikes, taxis and public transport and is the near-equivalent of owning a vehicle anywhere, anytime, he says.

MaaS Global is backed by companies such as Toyota, Transdev, Karsan, Nordic Ninja and British Petroleum and is planning to expand city by city as it refines its concepts. It hopes to lead a movement to relieve urban congestion and reduce transportation’s ecological burden on the environment, Hietanen says.

Nick Pudar, director of the MOBI Blockchain initiative and a veteran of General Motors’ connected-services operations, says blockchain technology – the encoded system for transferring value digitally – should play a role. It can simplify payments for complicated transactions involving concepts such as fractional ownership of vehicles or other services.

Trying to predict the future is complicated by conflicting trends. While demand for ride-sharing services offered by Uber and Lyft has risen dramatically, public transit ridership has dropped 8%. But diverting riders away from fixed rail lines that service Chicago would slow traffic in and around the city by up to 10%, Schlenker says.

More and more communities, including those away from the urban core served by public transit networks, are attempting to use mobility-on-demand operations that blend public and private services for people needing transportation, says Emma Luckner, a researcher with the University of California-Berkeley’s Sustainability and Research Center.