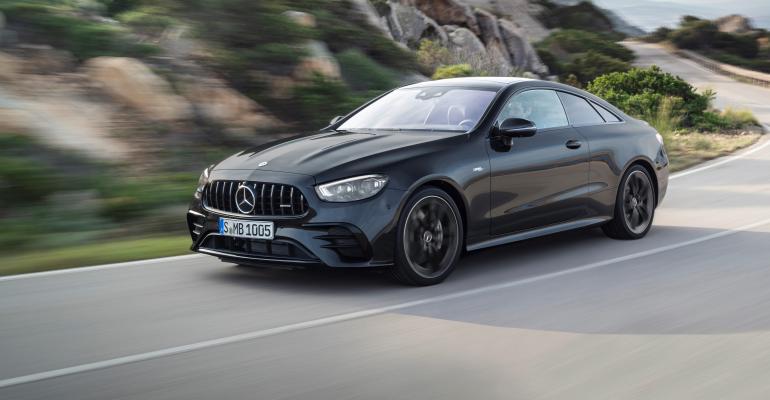 Mercedes-Benz reveals facelifted versions of its E-Class coupe and convertible, both planned to see North American delivery by the end of 2020.

The freshened 2-door models will follow the facelifted E-Class sedan and wagon into U.S. showrooms with a number of subtle exterior styling upgrades, including a new-look grille, lightly reshaped LED headlamp assemblies and altered taillamps with new-look lenses.

Inside (below), the E-Class coupe and convertible adopt a lightly reworked interior with features like those already brought to their 4-door siblings. Included is a redesigned steering wheel with capacitive sensor technology, as found in smartphones, for the buttons on each spoke as well as the driver-detection function within the rim.

The new Mercedes-Benz models also feature the latest version of the automaker’s MBUX user interface. It uses two 10.25-in. (26-cm) displays arranged side by side within a single instrument panel as standard – one for the instruments, the other for the infotainment system – in combination with either touch, gesture or speech control. Alternatively, buyers can opt for larger 12.3-in. (31-cm) screens as an option. 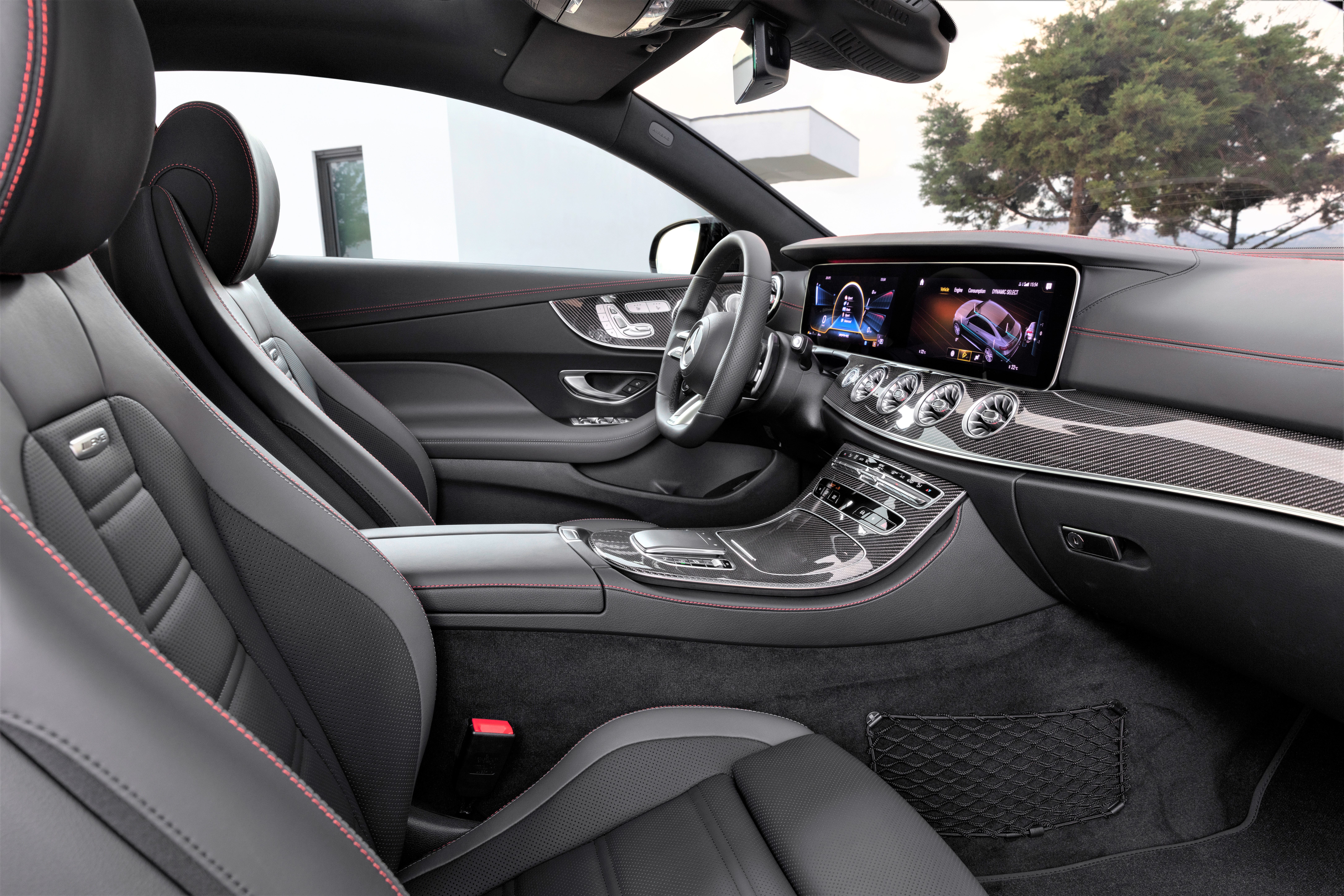 Positioned further upmarket are the E53 4Matic coupe and convertible from AMG’s performance-car division. They use the same turbocharged 3.0L I-6 as the E450 4Matic, but in a higher state of tune with 429 hp and 384 lb.-ft. (521 Nm) of torque.

As with their standard sibling, the E53 4Matic coupe and convertible’s combustion engine is supported by an electric motor with 21 hp and 184 lb.-ft. (249 Nm). So configured, Mercedes-Benz claims respective 0-62 mph times of 4.4 seconds and 4.6 seconds and a 155-mph top speed.

Among the drivetrain developments for European market models is a newly developed diesel 4-cyl. with mild-hybrid properties in new E300d coupe and E300d convertible models.

Mercedes-Benz claims the OM654 M is the most powerful 4-cyl. diesel yet to appear in a production car. Full details are yet to be revealed, though preliminary information released by the automaker points to a peak power figure of 261 hp for the combustion engine and 20 hp from a gearbox-mounted electric motor.

To put this into perspective, the existing OM654 engine delivers 192 hp. 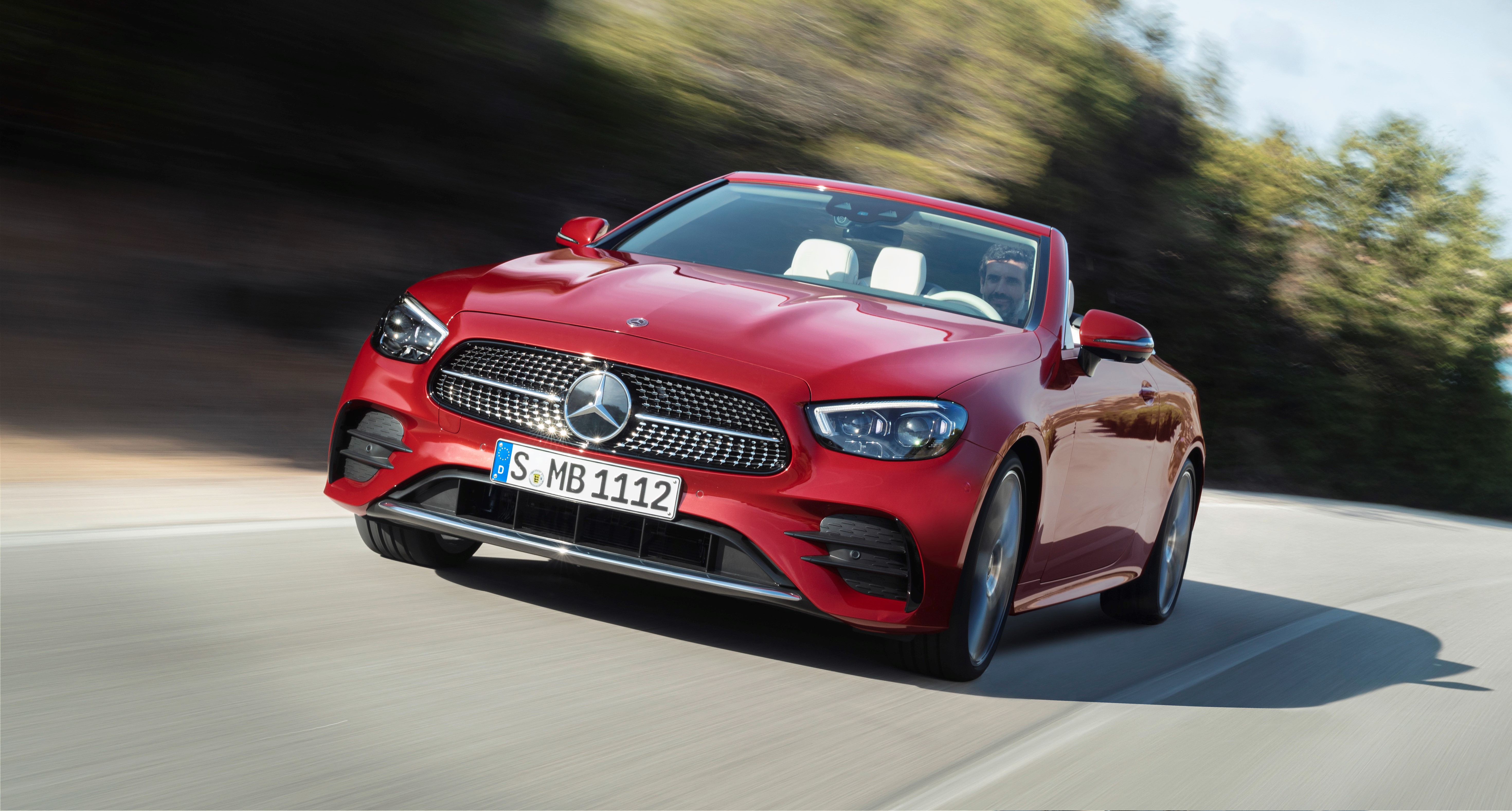