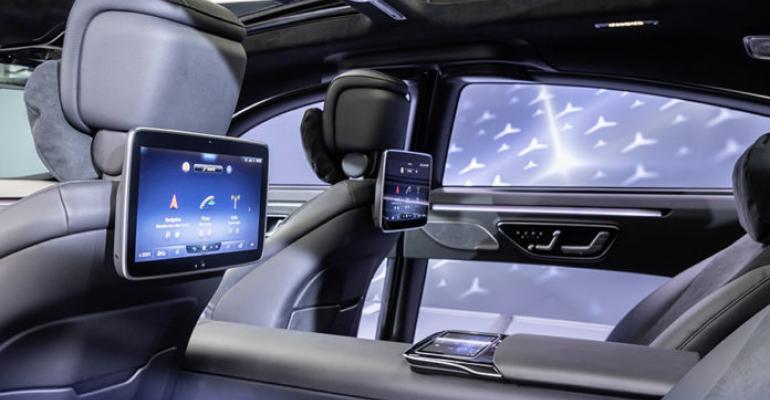 It’s the augmented reality head-up display that could really set the new S-Class apart. The current MBUX system has integrated AR, but what Mercedes promises for the second-generation sounds equal parts futuristic and practical.

The Mercedes-Benz S-Class is an impressive vehicle, something that's not completely surprising given the 2020 model's $95,000 starting price.

The new version, which will debut in full later their year, features an updated Mercedes-Benz User Experience (MBUX) technology that adds a new 3D driver display, a way to anticipate what vehicle occupants want to do and a new, optional augmented-reality head-up display.

Mercedes claims “no other innovation in recent years has so radically changed the operation of a Mercedes-Benz as MBUX,” and the upcoming second-generation further blurs the line between vehicle and phone.

For example, the new S-Class will have face, voice and fingerprint recognition (left) for the driver – and passengers – to log into their “account” with the car (it can save up to seven profiles). 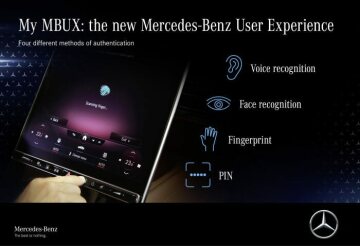 Doing so means that person’s personalized settings – preset radio stations, seat positions and the like – move with you from seat to seat and, since these presets now can be stored in the Mercedes me cloud, they also can move from car to car, as long as the other is a Mercedes-Benz vehicle also equipped with a second-gen MBUX system.

It’s the augmented reality head-up display (below, left) that could really set the new S-Class apart, though. The current MBUX system has integrated AR, but what Mercedes promises here sounds equal parts futuristic and practical.

There will be two AR options, with the bigger one projecting “relevant information” in color at a virtual distance of 32.8 ft. (10 m) in front of the driver and with a display area that corresponds to a monitor that’s 77 ins. (196 cm) across, diagonal, if it were real.

What this means is, if you’ve told the navigation system where you want to go, turn indicators will line up over the actual road you should be turning on.

The floating information is projected by a digital mirror device made by Texas Instruments that uses 1.3 million individual mirrors, a technology Mercedes says can be found in cinemas and is being used by the automaker for the first time in the S-Class to generate HUD images.

“We are proud to be the first to market with a head-up display with Augmented Reality functionality,” Mercedes-Benz board of management member Sajjad Khan says in a video announcing the new technology.

“When using this system, driving-relevant content is projected alongside the actual driving environment you see through the windshield. For example, clear, animated arrows show where to turn. When the arrow fans out, you just follow its direction. It was never easier to navigate.”

When it comes to safety, the new MBUX improves on the current system by combining camera and sensor data to try to predict what people in the car will do.

Today’s MBUX will alert passengers if they start opening a door when something is approaching from the rear blindspot.

But the second-generation system can figure out when an occupant wants to open a door and, if that something is approaching again, the new S-Class will issue an alert before the occupant even touches the handle. 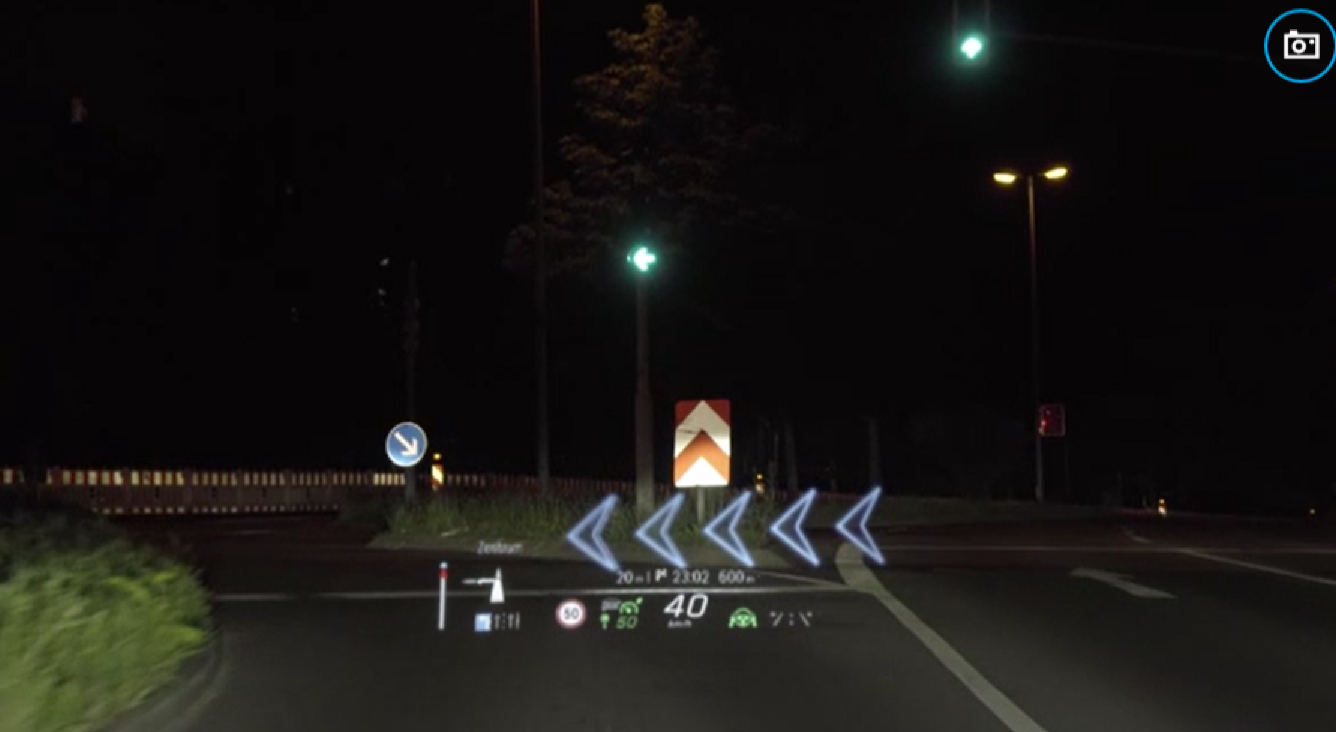 To emphasize all the digital capability of the new S-Class, the car comes with up to five screens. There’s a 12.8-in. (33-cm) OLED touchscreen in the middle of the dashboard, a digital gauge cluster that’s able to project a seemingly 3D image to the driver without the need for special glasses and up to three screens for the rear-seat passengers.

Those passengers can share media with others’ screens in the car. Because each occupant has access to a full MBUX device, if the backseat drivers are the annoying type, they can take control of the destination or audio system from wherever they’re sitting.

All these digital additions mean there will not be as many mechanical switches in the upcoming S-Class than in the current model, 27 fewer to be exact.

Even so, Mercedes made sure to keep the car’s climate-control panel locked at the bottom of the center display screen for easy access, and some features can be interacted with in nontraditional ways.

There’s an improved “Hey Mercedes” voice assistant, for example, that supports 27 languages and the sunroof can be opened by waving your hand near the ceiling.

The rear roller blind can be controlled by glancing over your shoulder, as well, and we look forward to getting these features to work correctly after the new S-Class debuts later this year.