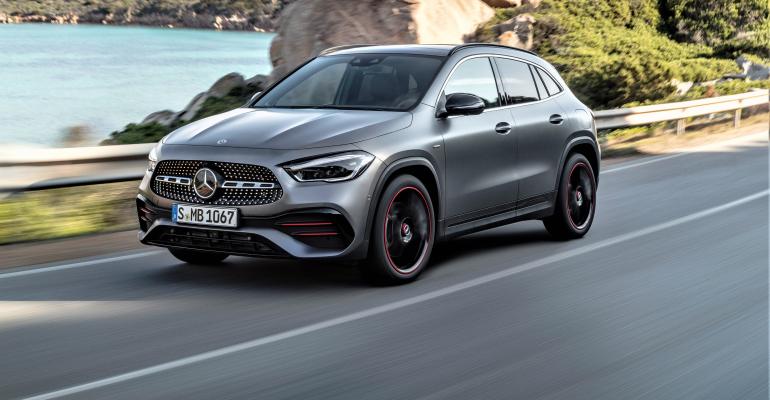 GLA due in North American showrooms in second-half 2020.
Technology

The second-generation lineup is headed by the 302-hp GLA35 4Matic performance model.

Set for North American delivery in second-half 2020, the new Mercedes-Benz model is planned to be sold with a choice of engines similar to the existing fourth-generation A-class, although just two units are confirmed for now: a base turbocharged 1.3L 4-cyl. developing 161 hp in the front-wheel drive GLA200 and a turbocharged 2.0L producing 302 hp in an initial range-topping all-wheel drive GLA35 4Matic model engineered by Mercedes-Benz’s AMG performance-car division.

Further engine options, including a gasoline-electric plug-in hybrid drivetrain that mates a turbocharged 1.3L gasoline 4-cyl. and gearbox-mounted electric motor with a combined system output of 215 hp in a yet-to-be-announced front-wheel-drive GLA250e EQ Power model, will join the lineup next year.

Sighted undergoing pilot production by Wards during a recent visit to Mercedes-Benz’s Rastatt manufacturing plant in Germany, where U.S. versions of the GLA will be produced, the GLA250e EQ Power boasts the same 15.6-kWh lithium-ion battery as the recently introduced A250e EQ Power, providing it with a claimed electric-only range of over 40 miles (64 km) on the WLTP test cycle.

Stylistically, the new GLA builds on the foundations of its predecessor with a 5-door steel body whose ground clearance has been increased 0.4 in. (10 mm) to 5.6 ins. (142 mm).

The exterior combines fuller forms and smoother surfacing than the first-generation model launched in 2014 along with more rugged detailing than other compact Mercedes-Benz models in the form of plastic cladding within wheelarches and bumpers. Larger wheelhouses accommodate wheels ranging from 17 to 20 ins. in diameter.

The interior of the ’20-model-year GLA (below, left) mirrors the look of other recent Mercedes-Benz models with an all-new dashboard featuring a freestanding digital display panel. It supports two 7.0-in. (17.8-cm) displays for the instruments and infotainment functions as standard, with a so-called widescreen version housing two 10.3-in. (26.2-cm) displays available as an option.

The displays are operated via Mercedes-Benz’s MBUX infotainment system, which includes both a touch function and a “Hey Mercedes” prompt for conversational voice inputs. Buyers also can specify a head-up display supporting multicolor graphics.

In a move Mercedes-Benz says is aimed at giving it a more genuine crossover feel, the front seats of the new GLA are positioned 5.5 ins. (140 mm) higher than those of the latest A-class hatchback and 2.0 ins. (51 mm) higher than in the B-class MPV sold in various markets. Despite this, there is an added 0.9 in. (23 mm) of front-seat headroom compared to the first-generation GLA.

As with the B-class and recently introduced GLB, buyers can option the new Mercedes-Benz model with a rear seat offering 5.5 ins. (140 mm) of fore-aft adjustment. So configured, the GLA offers up to 4.6 ins. (117 mm) more rear-seat legroom than before. Rear-seat elbow and shoulder room is extended 1.8 ins. (46 mm) and 1.7 ins. (43 mm), respectively.

As with other recent second-generation MFA platform-based compact models from Mercedes-Benz, the new GLA receives a suspension consisting of MacPherson struts up front and either a torsion beam or multi-link arrangement at the rear. Variable damping control is optional. 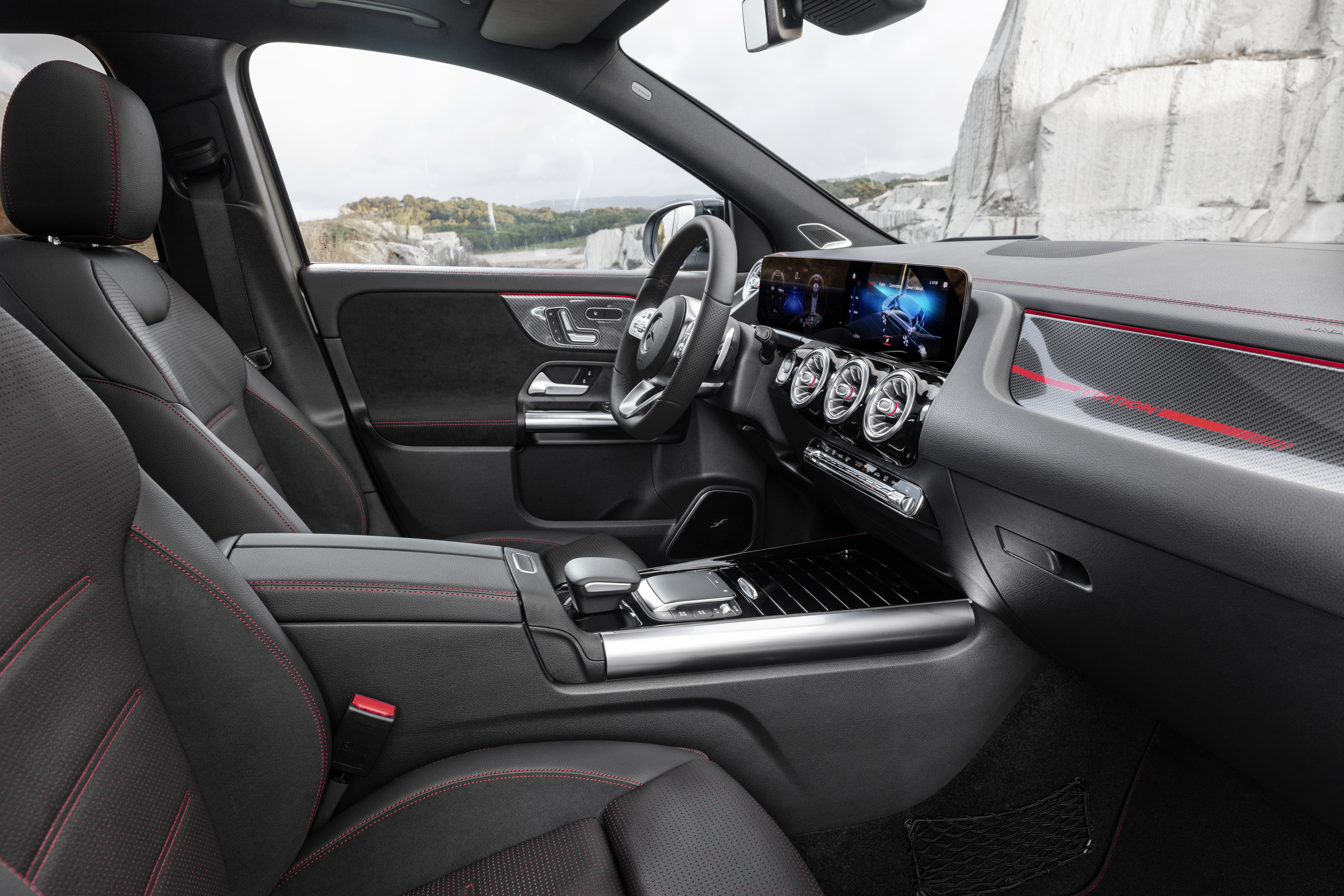 GLA models with 4Matic all-wheel drive can be ordered with an optional off-road package. While offering no increase in ride height, it includes an off-road headlamp function as well as an additional off-road drive mode with Downhill Speed Regulation at speeds from 2-11 mph (3-18 km/h).

As well as offering gasoline and gasoline-electric plug-in hybrid drivetrains, the second-generation GLA also forms the basis of a Volkswagen ID. 3-rivaling electric hatchback to be sold as the EQ A.