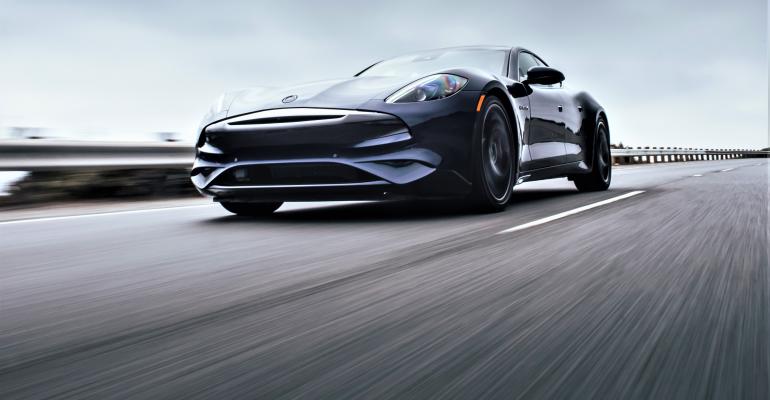 Karma Automotive engineers an exterior sound into its ’20 Revero GT to alert distracted pedestrians a car is nearby.

“It’s a sound that is uniquely Karma that our customers instantly recognize when the car is powered and driven at low speeds,” Durre says in a statement.

“Our sound alerts pedestrians that a car is nearby, something that is especially helpful for those who may be distracted, blind or visually impaired, and gives our brand something that is very recognizable and satisfies government safety regulations.”

The alert also can be customizable in future products, especially vehicles based on Karma’s Project e-Klipse, a global EV platform being readied for 2021, Durre says.

The sound complies with federal legislation allowing manufacturers of hybrid and electric vehicles to install a number of driver-selectable pedestrian alert sounds.

Sound generators developed by Ecco, placed in the front and rear of the Revero GT, emit a sound spectrum at a specific sound pressure level depending on the speed.

When powered up and stationary or traveling forward or reverse below 18.6 mph (30 km/h), the Revero emits a sound that’s loud enough to help alert people that a moving vehicle is nearby.

Jeff Tupen, Ecco manager of business development for electric vehicles, says more than 600 global heavy-duty commercial and emergency vehicle manufacturers use the company’s warning and alert systems, but the partnership with Karma represents the first application of its technology in a luxury car.