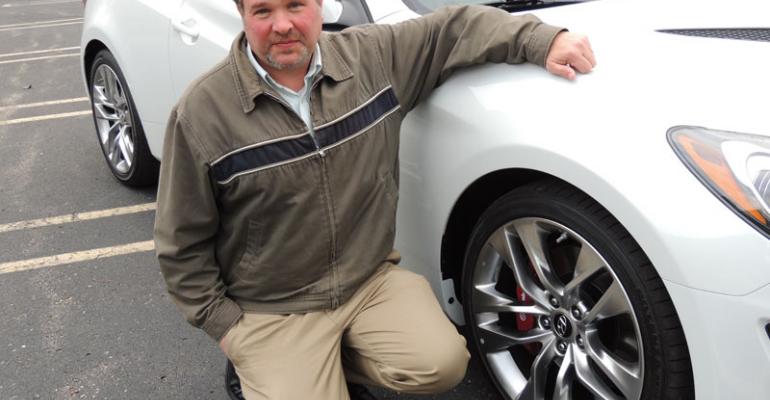 Most of the vehicles tested by WardsAuto editors during the 10 Best Engines competition failed to meet numbers advertised by auto makers.

Hyundai lit the flame when it was found its fuel economy claims didn’t translate into real-world results on a number of its cars and trucks. Ford fanned the bonfire when similar allegations were made against its C-Max hybrid-electric vehicle.

But those two auto makers are far from the only ones whose vehicles fail to live up to the numbers on their window stickers. During this year’s Ward’s 10 Best Engine testing, most cars and trucks averaged well below their official combined average for city/highway driving.

Let’s be clear: WardsAuto editors usually do not drive to maximize fuel economy. But neither do most consumers, especially those with performance-oriented vehicles.

Take the BMW 135is.It has a fabulous engine that deserves a spot on this year’s list because of its benchmark performance and noise, vibration and harshness characteristics. But its advertised fuel economy of 20/28 mpg (11.7-8.4 L/100 km) city/highway proved elusive.

The Volkswagen Jetta Hybrid didn’t make the list this year but received positive reviews from many editors, who enjoyed its very un-hybrid-like power and acceleration.

Consumers need to understand most vehicles’ stated fuel economy does not happen automatically. It requires a concerted effort to drive efficiently, plus ideal conditions. Even then, we find many mileage statements overly optimistic.

Ford and Hyundai may be in the news today for making exaggerated fuel-economy claims, but you can bet many others are sweating over the possibility their numbers will be scrutinized next by angry consumers or the Environmental Protection Agency.