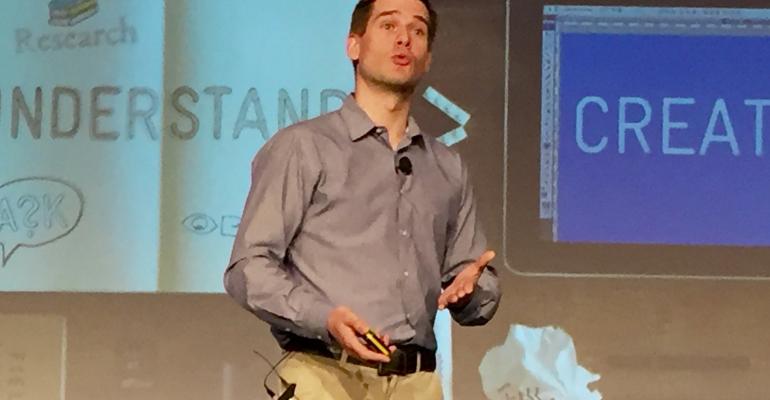 HBO has made the term &ldquo;incubator&rdquo; almost a household word with its hit series &ldquo;Silicon Valley,&rdquo; a comedy about young tech entrepreneurs working in one. &nbsp;

NOVI, MI – It’s no secret it’s tough to develop big new ideas that will impress jaded car buyers. The fast-changing world of consumer electronics is driving public taste in new directions, and it’s hard for automakers, with product lead times of three to four years, to keep up.

Making matters worse is the fact the smartphone has democratized high technology to the point where buyers of a $3,000 Tata Nano in India expect to see the same type of connectivity features found in $200,000 luxury cars, Matt Jones, director-Future Technologies, Jaguar Land Rover, says at the TU Detroit 2016 Connectivity Conference here.

And it doesn’t help that non-traditional automakers such as Faraday Future are on the prowl for talent, offering top salaries, Jones adds.

But JLR is responding to this challenge with a strategy straight out of Silicon Valley: an “Innovation Incubator” project in Portland, OR, designed to create more innovation in connected-car and infotainment technologies.

Jones says the incubator approach will enable JLR to seek out and encourage young companies with brilliant ideas for new technologies who may lack the technical skills or knowledge of the automotive industry to move their ideas forward.

HBO has made the term “incubator” almost a household word with its hit series “Silicon Valley,” a comedy about young tech entrepreneurs working in one.

Jones says the purpose of the JLR Incubator is to encourage and support new software-based automotive technologies that are being developed by U.S. technology start-ups.

The project began last year with an outreach program to U.S. universities and is scheduled to select about 120 startup companies for JLR to work with over the next decade. The first incubator companies selected are BabyBit!, a Portland startup focused on connected wearables for babies. The second is from Rice University in Houston, TX: ParkiT. The company uses existing infrastructure technologies to find parking spots. The third company now in the program brings open connected services to the developing world.

Jones says the products being developed in the incubator initially do not have to be directly related to automotive. If consumers find a new technology is useful at home or in the office, he says they eventually will want to have it available in their vehicle as well. That clearly is the thinking behind the selection of BabyBit!

JLR’s support of start-ups at the incubator in Portland eventually will include 50 experienced engineers who will work directly with the companies to help them make their ideas a reality.

JLR already has run a pilot for the Incubator program and identified a project with a U.S. technology start-up called Vonsor.

The Vonsor system is under development and will allow drivers to take live footage from cameras inside and outside the vehicle, edit them together on the vehicle’s touchscreens and then share the footage on social media.

Smart Cities Coming, But How Useful Will They Be for Residents?
Jun 10, 2016