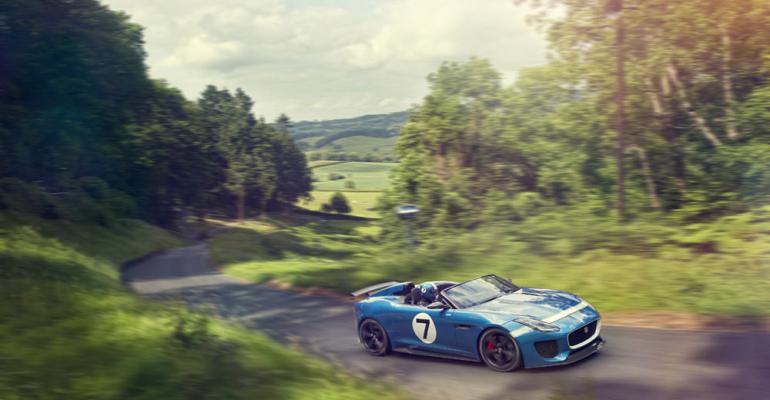 Called Project 7, the car is a lightweight single-seater capable of 0-60 mph in 4.1 seconds.

TURIN – Jaguar marks the 20th anniversary of the Goodwood (U.K.) Festival of Speed by unveiling the Project 7, a design study based on its new F-Type model.

The concept is a single-seat, all-aluminum roadster that features prominent fairing inspired by the legendary Jaguar D-type. Aerodynamic add-ons made from carbon-fiber technology complement the light bodywork.

“Project 7 is the kind of racing-inspired form that designers dream about,” says Ian Callum, Jaguar’s chief designer. “It has one purpose: to be driven fast and enjoyed. Jaguar sports cars are known for exceptional performance and clean design. Project 7 captures that spirit in its purest form.”