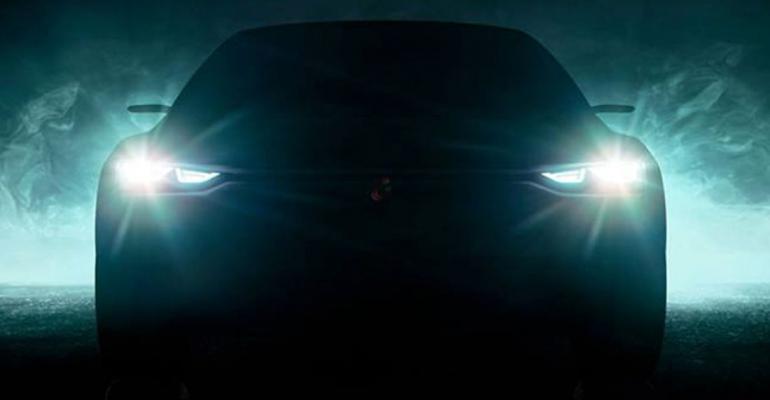 The supercar may be a challenger to Maserati, an answer to the Pininfarina BMW Gran Lusso Concept or even something along the lines of a new Bugatti sport limousine.

The most intriguing dream car from the Italian masters of design to be displayed at the Geneva auto show likely will be the one being completed at Italdesign-Giugiaro.

There are suggestions on social media it is the work of “The Maestro,” Giorgetto Giugiaro, and is described as an essay of superlative efficiency for comfort and interior roominess in an elegant, contemporary design.

In anticipation of the Geneva unveiling Italdesign-Giugiaro is offering a visual suggestion of what it has up its sleeve. There isn’t much to see, but its profile appears to be that of an aristocratic limousine with the character of a dynamic sculpture.

The supercar may be a challenger to the Maserati, an answer to the Pininfarina BMW Gran Lusso Concept or even something along the lines of a new Bugatti sport limousine.

The Italian school of design also will be represented at Geneva by Pininfarina. That studio has contributed to the all-new Ferrari California T hardtop convertible created under the leadership of Ferarri’s chief designer, Flavio Manzoni, and to the BMW Gran Lusso concept unveiled at the 2013 Villa d'Este Concours d-Elegance.

Stile Bertone will not be at the Geneva show, as it is up for sale.