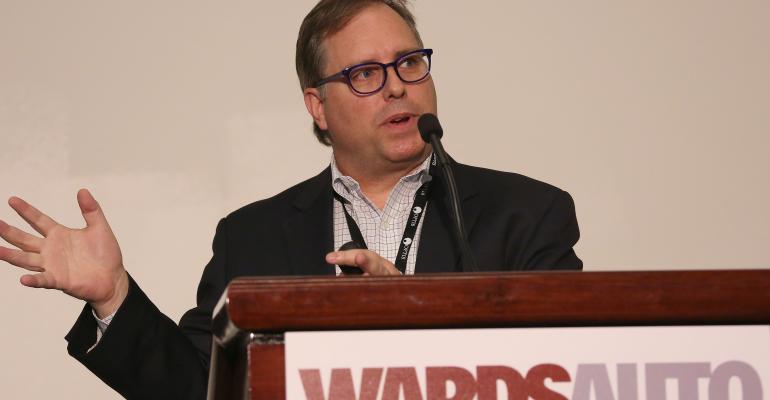 The industry already has seen failures, too. In a bid to get the latest connectivity technologies into the market, there have been stumbles as consumers were slow to master them.

DETROIT – The vehicle interiors of tomorrow will witness an explosion of new technologies and it will be up to designers to create interfaces that are safe, friendly and intuitive to keep customer satisfaction levels high, but it is unclear who will bear the burden of bringing consumers up to speed.

“There is a bit of an overload,” Paven Matthew, senior director-Content Strategy at voice-command specialist Nuance, tells the 2015 WardsAuto Interiors Conference here. “But it starts with design. If it is too complex it will fail.”

The industry already has seen failures. In a bid to get the latest connectivity technologies into the market, there have been stumbles as consumers were slow to master them, became frustrated and vehicle customer-satisfaction scores plummeted.

The dilemma will only grow in the future as more sophisticated technologies make their way into cars and trucks, and the question arises of who will bear the responsibility for teaching buyers how to use them safely. Will it be the dealer or the OEM?

Robert Gee, director-Product Management, Software and Connected Solutions at Continental, thinks it might be the purview of dealers. He points to the European model of premium-car delivery, where dealerships spend considerable time bringing customers up to speed with the advanced technology features of their new vehicle.

“Establishing that link is an opportunity for the dealer,” he offers.

Perhaps it will be a third party, suggests Alexander Klatt, chair-Graduate Transportation Design Program at the Center for Creative Studies in Detroit.

“The responsibility might be with Apple,” Klatt says of the connected-device-making giant, which along with competitors such as Google is expected to make a push into the automotive space. “They may need to bring a better product to market” that integrates more seamlessly with the vehicle.

Klatt says if device makers were to take a more active role in the teaching process, it would be an opportunity for them to distinguish their products from rivals.

“It’s an opportunity for Apple’s competitors,” he says.

But the technology boom also is an opportunity for automakers to differentiate their brands. Imagine a luxury-vehicle cupholder that knows its driver drinks a Starbucks tall latte in the morning and a Red Bull in the afternoon, and then adjusts the size of the cupholder to fit the drink, offers Dan Kinney, director-User Experience, Global Connected Customer Experience at General Motors.

“It isn’t a digital feature, but it is digitally driven,” he says.

In the future, the panelists say, designers must master software and voice-activation software, in particular, must become more sophisticated to account for details such as accents.

“Designers will have to master software,” Kinney predicts. “It is the glue that brings everything together.”

And despite the recent progress automakers and suppliers have made on the voice-recognition technology front, additional breakthroughs must be made to account for accents.

“We have a long ways to go,” says Matthew, whose company is working on a “dynamic arbitrator” to overcome the problem. “It is a very complex model (and) the files get very large.”

Emerging cloud computing will give the industry the storage space it needs to accommodate the technology when it arrives, he adds.

That’s one of the great advantages of OnStar, says Kinney. “OnStar has the human advisor as the backstop.” Kinney says the wide range of regional dialects in China is one reason why OnStar interactions in the country are so much higher than the U.S.