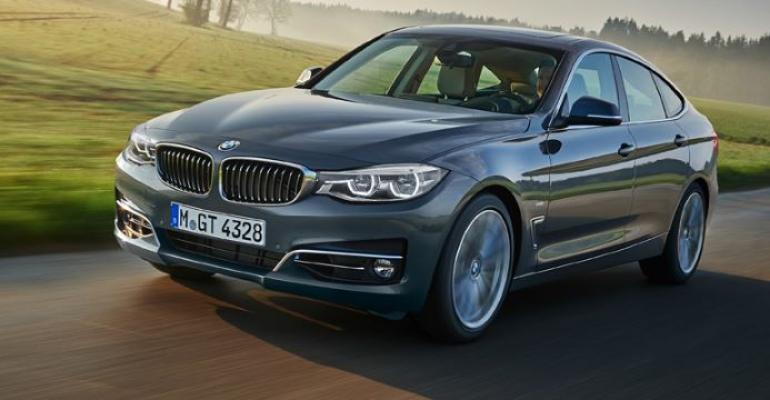 A key concern for European automakers is the extent to which the European Union and its executive branch, the European Commission, will encourage either the use of Wi-Fi or 5G network for the development of connected cars in upcoming legislation.

BRUSSELS – When deciding what new tech to integrate into automotive design, the likely opinion of regulators matters to manufacturers.

A key concern for European automakers is the extent to which the European Union and its executive branch, the European Commission, will encourage either the use of Wi-Fi or 5G network for the development of connected cars in upcoming legislation.

Both systems have their supporters – with a key division being between those hoping for the EC to give more importance to vehicle-to-vehicle communication, or V2V, which is based on short-range Wi-Fi and already is widely present in Europe, or to the next generation, vehicle-to-everything, or C-V2X, which will rely on 5G, speaking to standardized road infrastructure, which may cross the continent in future.

Having a wide range of members with different views, lobbying groups such as ACEA, the European automakers’ group, have been advocating for a hybrid, technology-neutral approach which will allow both systems to be put into place and used by vehicles.

“Depending of the applications and the new functions deployed, one or the other communication technology might suit better,” a spokesperson from the European Association of Automotive Suppliers (CLEPA) says. “Automotive suppliers are capable of contributing to both systems, and different needs will find different solutions.”

The EC is aiming at finalizing a delegated act (secondary implementing legislation), using powers under the EU intelligent transport systems (ITS) directive by the end of 2018 (see https://ec.europa.eu/transport/themes/its/consultations/2017-evaluation-its-directive_en).

An EC official tells WardsAuto “the main idea will be to ensure interoperability, compatibility and continuity of services.”

The official adds this is essential “to foster EU-wide deployment, give certainty to investors and early adopters, and most importantly, ensure maximum road safety and traffic efficiency to all road users.”

While the EU ponders what to do, it is receiving plenty of advice. An alliance of global automotive, technology and telecom companies have expressed their concern, saying in a letter sent July 6 that the connected-car legislation risks “taking the wrong turn” if it favors Wi-Fi and that “Europe risks falling behind in 5G” if it does.

“We are very concerned about the progressing delegated act. At the current time, it rules out the most recent technology, Cellular-V2X (C-V2X), favoring a specific and single-purpose Wi-Fi-based technology path (known as ITS-G5), thus precluding the evolution to 5G for connected cars,” BMW Group, Deutsche Telekom, Ericsson, Ford, Huawei, Samsung, Qualcomm and Vodafone among others wrote.

The businesses added “carmakers would be locked into a technology, which, despite its name, has no relationship to 5G technology and certainly no evolutionary path towards compatibility with 5G.”

For the moment, the Commission foresees setting up review mechanisms of any technical rules it issues, which would be essential to keep pace with the speed of innovation. However, the director of communications at the European Telecommunications Network Operators’ Assn., Alessandro Gropelli, warns “some restrictive interoperability obligations might effectively limit future technological choices.”

Elaborating on the telecom industry’s views on competition, Gropelli says he is concerned the EU’s choices could place Europe at an economic disadvantage compared to other regions if there is insufficient flexibility.

“5G is the new standard for global communications,” he notes. “The U.S., China and other global peers are launching and have launched 5G testbeds or commercial trials.”

Besides allowing the use of both, Wi-Fi and 5G, a spokesperson for the ACEA wants continued solid investments and cooperation with road or infrastructure authorities who need to equip their physical infrastructure with a digital element, such as smart traffic lights.

Agreeing that investment will be needed by the public and private sector to roll out the technologies, the CLEPA official adds European consumers will best decide on what future functionalities to use and notes, “Maybe there will be a coexistence of more options and redundancy of communication means, which will ensure overall safety.”

To achieve successful and effective legislation, ACEA insists the EC be clear when drafting its delegated act and should promote sound solutions to ongoing challenges, remembering the progress that has been made on cybersecurity in the automotive sector.

“Since the standards and specifications that are discussed pertain directly to vehicles produced by ACEA’s members, we recommend involving ACEA and its members in the process,” the group’s official says.

The telecom sector expects a delegated act text to be released at the end of November but wants the EC to be sure its regulation is a quality piece of work before it is published.

“We need to collectively ensure that the issue of technology neutrality is properly addressed, or we risk (limiting) future developments,” says a spokesperson for the European Telecommunications Network Operators’ Assn.