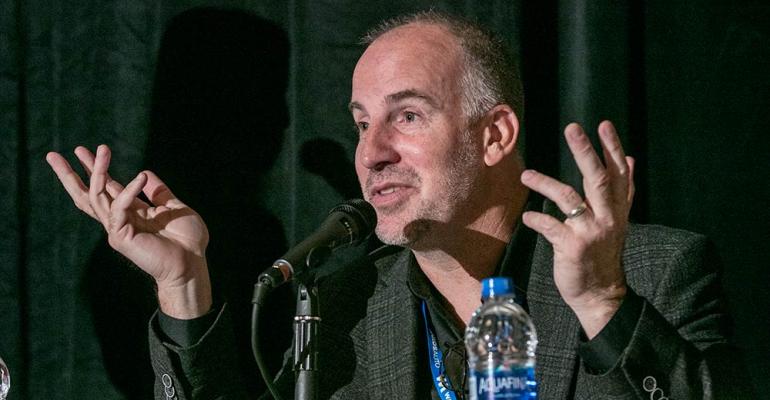 Passengers will want to feel safe in the autonomous vehicles of the future, and that means they will need assurance the car knows what it is doing. But too much information can be detrimental, industry insiders say.

NOVI, MI – Trust is a must when it comes to the human-machine interface in future autonomous vehicles.

That’s the message here from suppliers at a panel on the next-generation HMIs at the 2017 WardsAuto User Experience Conference.

“People want to feel safe and psychologically comfortable,” notes Matt Yurdana, creative director-Internet of Things Experiences for Intel, which is studying passenger behavior in self-driving vehicles so it can develop the computer chips required for the technology needed to meet expectations. “They want to feel in control.”

To do that, “multiple ways to interact will be crucial,” he says, including both onboard and via handheld devices consumers bring with them into the vehicle. If automakers are designing future vehicles that attempt to funnel all information through a single touchscreen, “that will be an uphill battle,” Yurdana adds.

Tamara Snow, director-interior systems and technology for Continental Automotive in North America, agrees trust is crucial and communication essential, particularly in the first wave of semi-autonomous vehicles that can pilot themselves under certain situations but need to have the human driver take over – sometimes quickly – in others.

Standardization across the industry will be essential, Snow adds.

“It’s easy to get the driver’s attention,” she says. “But it’s not easy to tell him exactly what he needs to do. We will have to standardize (information cues) across suppliers and across the industry. We can’t have a blue light to indicate autonomous mode in one car and a green light in another.”

But over-communication also can be a problem, panelists note.

“You have to balance communication and awareness,” says Yurdana, pointing to Intel’s tests that show autonomous-vehicle passengers quickly tire of routine messages, such as indications the car recognizes a stop sign ahead. “What’s good (information) for (the comfort of) one customer might be annoying for another.”

Continental’s Snow agrees: “We should only give the information (to drivers and passengers) as needed. Don’t over-communicate – passengers don’t need to know the upcoming (traffic) light is red. Everything needs to be context-driven.”

Multiple technologies will be incorporated to get the job done, panelists say, including biometrics and advanced audio and visual systems, such as augmented-reality head-up displays.

Autonomous vehicles “will completely redesign the interior as we know it,” sums up Phil Ventimiglia, engineering and product manager for Bosch.

Future self-piloting cars will have to recognize drivers and passengers as they enter the vehicle, measure their health and awareness using multiple biometric systems and have the technology onboard to keep them aware and engaged as necessary.

Continental will show a new holographic HUD system at January’s CES electronics show in Las Vegas in January that not only enhances the picture of the road ahead but highlights what is most important for the driver to focus on, Snow says.

Bosch is developing advanced haptic technology to be shown at CES that projects controls in the space above the console – what it calls midair haptics – and provides physical feedback as the driver selects various controls, allowing the driver to keep his eyes on the road.

But blending all the potential technology in the right way to please a diverse customer base will be tricky and likely take some trial and error, panelists say. No one is ready to predict what the automotive interior of the future will look like exactly, and a single solution to the HMI of the future is unlikely to emerge.

“It’s like cooking,” Snow says. “We can all buy the same ingredients, but it’s how you put them together.”

Yurdana says the early days “will be about figuring out what sticks and what doesn’t,” adding the warning: “We can’t design in a vacuum. There will be social issues, gender issues. Creating the right internal environment will be crucial.”