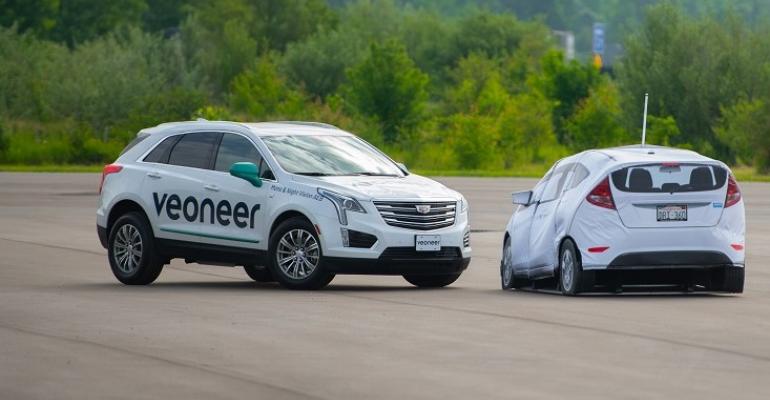 YPSILANTI, MI – Swedish advanced driver-assistance systems supplier and autonomous-driving technology provider Veoneer, which is approaching the 1-year anniversary of its spin off from Tier One parts maker Autoliv, has designs on becoming the go-to player in its space and intends on wasting no time doing so.

“We’re going after safety issues and finding the technologies to solve them,” says Chris Van Dan Elzen, vice president-product strategy at Veoneer, which operates its U.S. operations from a gleaming new office complex outside Detroit swelling with more than 700 employees.

Already the largest pure-play safety electronics, ADAS and automated and collaborative driving company in the industry, Veoneer is leveraging a combination of in-house R&D and manufacturing with targeted acquisitions, as well as strategic technical partnerships, to further cement its position.

In fact, the company is so bullish on partnerships, especially with startups looking to break into automotive, Van Dan Elzen (pictured, below) jokes it probably does not endear him to Veoneer’s purchasing group, since it runs contrary to the industry’s tradition of in-house technology development. 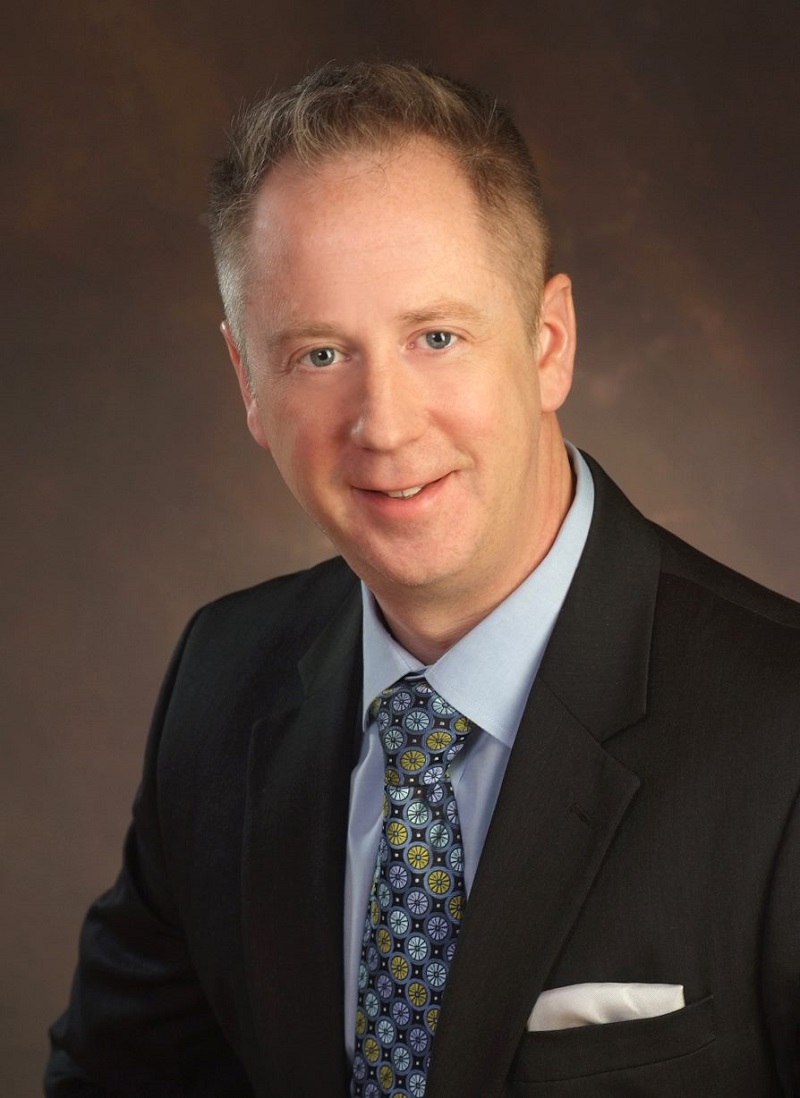 “I hope that our partners make a ton of money. If you’re the guy on my purchasing team, you’re probably not thinking that way,” he says with a laugh. “I don’t care. Because if they are making a ton of money, I must be selling a lot of product. Find new ways to do that and go fast.

“To the point where it becomes commodity and there’s no room for both of us to make money, I’ll get out or they’ll get out,” Van Dan Elzen tells Wards on the sidelines of a daylong technology demonstration for journalists and investors. “And if they are no longer a good partner, we’ll find another partner, or we’ll take it in-house and do it. Right now, the relationships we have, we’re happy to say the names of who they are because they are very good at what they do. And the financials make sense for both of us.”

Veoneer’s latest partner is the lidar start-up Velodyne. Veoneer will take Velodyne’s intellectual property, a scalable sensor, software and circuitry engine, to automotive grade. Veoneer additionally will add to the 360-degree lidar its own board with a vehicle interface module and safety integration to automotive specifications. It also is tweaking the lidar for greater manufacturability.

The partnership was awarded a mass-production contract for the lidar earlier this year from an unnamed global automaker. Van Dan Elzen  declines to identify the OEM, although speculation surrounds Ford because it was an early investor in Velodyne.

Van Dan Elzen says Veoneer, which through former parent Autoliv traces its industry expertise back more than six decades, makes a good intermediary between automakers and startups who may have good technology but oftentimes are short on auto industry expertise.

“They may not fully understand automotive, the timelines associated with getting tooling in place, getting your full run rates done, doing your validations. We bring that,” says Van Dan Elzen, who started in driver-assistance technology in 1997. “We’re between the OEMs and the startups.”

Veoneer demonstrates a new forward-facing application for the Velodyne lidar at the American Center for Mobility here. The 32-channel unit fits discreetly behind the windshield.

With FLIR Systems, Veoneer brought a military-grade thermal imaging system to automotive, and now the vision technology appears on more than 500,000 vehicles from brands such as Mercedes-Benz and Cadillac. It provides the cars with reliable night vision and pedestrian and animal detection, perceiving four times farther than high-beam headlights.

A fourth-generation system demonstrated in a portable tunnel here shows how an autonomously driven car can avoid a pedestrian in dark or foggy conditions. Veoneer has progressively made the sensing unit smaller and lighter to where it fits in the palm of your hand. The supplier does not release start of production, but says development is well under way.

“We chose FLIR because we wanted to bring thermal to automotive,” Van Dan Elzen says, citing insurance data showing 60% of all payouts are due to animal strikes. “That is ideal for thermal. We can pick a deer out of a bush. They can be blocked by something and we’ll still pick them up.” 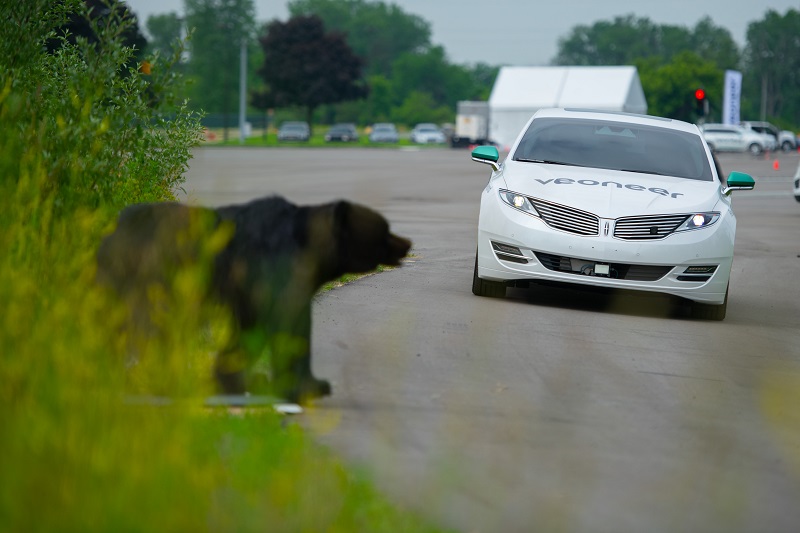 Autonomous-car software developer Zenuity arguably may be Veoneer’s most prized partner. A 50-50 joint venture struck two years ago between Veoneer, formerly as Autoliv, and Volvo Cars, it is tasked with developing new ADAS and autonomous driving products.

Van Dan Elzen says Veoneer is satisfying OEM demands for AI-driven safety and autonomy solutions at a variety of scale, using both edge and central computing as well as two depths of neural networks.

Veoneer demonstrates Zenuity’s AI expertise with the Learning Intelligent Vehicle, or LIV. Along with AI, LIV uses internal and external sensing to contextualize what may be happening inside and outside the vehicle. It reacts and communicates with passengers to build trust and create a safer, more enjoyable autonomous driving experience. It also adapts to a driver’s habits.

During a demonstration, LIV detects whether the driver is aware of an emergency vehicle approaching from the rear. The interior rearview mirror flashes until the driver looks to the mirror. LIV then stops flashing, realizing the driver is now aware of the situation. 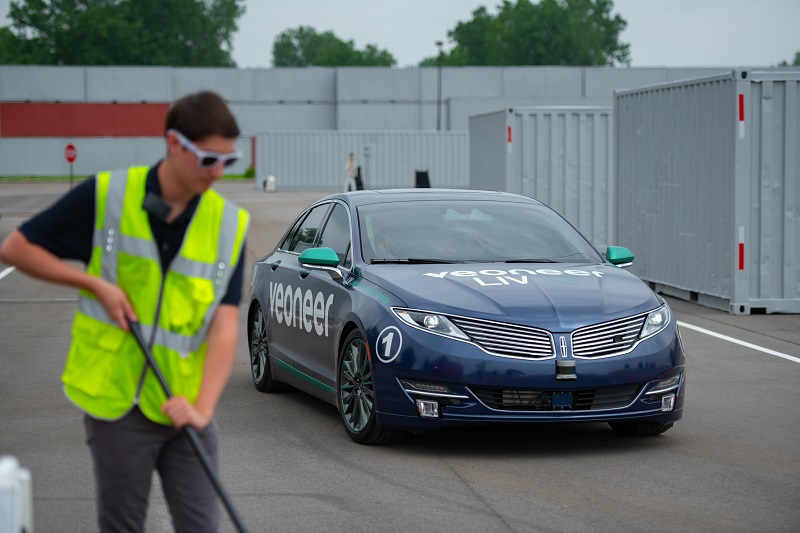 LIV also senses other situations such as driver-information overload and offers assistance. If a driver appears drowsy, LIV can lengthen the following distances of cars ahead, or explain to a confused driver why it may have made a certain decision.

The idea is to create a comfort level for passengers by reducing the number of safety warnings.

“You don’t have to be warned for everything,” Van Dan Elzen says. “I trust when you need me and when you don’t. It’s kind of an umbrella over everything we’re working on right now.”

As bullish as Veoneer might be on autonomy, Van Dan Elzen says Level One and Level Two assistance will be the company’s primary focus for the next decade. Level Two autonomy offers partial steering, braking/acceleration, as well as lane centering and adaptive cruise control, when conditions permit. The human driver always must supervise those activities.

“That’s where the volume and the growth is,” Van Dan Elzen says.

Van Dan Elzen’s comments reaffirm remarks earlier this year from Veoneer CEO Jan Carlson, who told investors that while the transition to assisted driving will occur, it is proving difficult to predict how quickly it may happen.