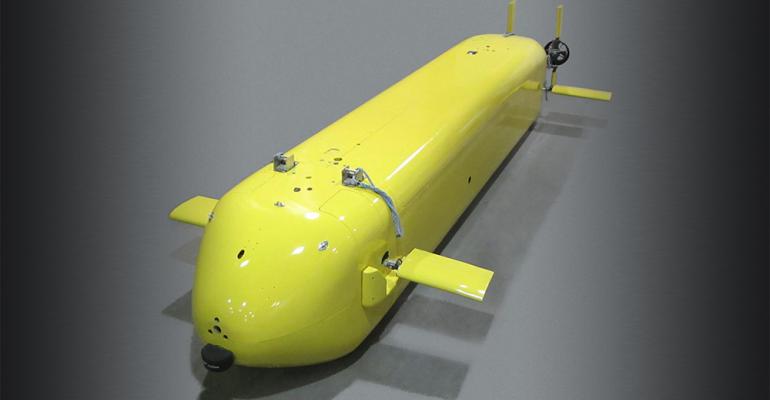 The automaker&rsquo;s fuel cell will power an unmanned undersea vehicle capable of up to 70 days under water, with greater range and endurance than a battery-powered unit.

General Motors and the U.S. Navy are working to incorporate hydrogen fuel-cell technology into future unmanned undersea vehicles, another sign the automaker intends to market the power systems to customers outside of the automotive industry.

Charlie Freese, executive director-global fuel cell activities at GM, says it’s too early in the development stage of the automaker’s fuel-cell technology to speak directly to such a business case. But given the modular, scalable nature of the systems they could meet the power needs of multiple industrial segments.

“We don’t really need to make a decision about this market or that market,” Freese tells WardsAuto during a conference call from GM’s office in Washington, where he is joined by naval officials to make the announcement.

“I can build fuel cells that can be very large with many cells, or relatively small with fewer cells, to meet different power requirements. We can provide a stackable, scalable solution tunable to different applications just by the power it provides,” he says.

GM also is working with the U.S. Army to deploy fuel-cell technology to the battlefield, where it can provide stealthy electrical supply over an extended period. Since the systems emit only water, compared with exhaust from internal-combustion power supplies, soldiers can drink from it if necessary.

In the Navy’s application, the fuel cell will power a UUV capable of spending up to 70 days under water, with greater range and endurance than a battery-powered unit.

Mark Reuss, GM’s head of product development, told WardsAuto last year there could be options for the automaker’s fuel-cell systems outside of automotive, such as powering areas without an electrical infrastructure.

“I always thought it would be an incredible use for a developing country, a homesteader or something like that,” Reuss offered.

Freese reiterates GM’s ambitions to diversify the fuel-cell market to help GM recoup the intense R&D investment the technology demands. GM and Honda are collaborating on a vehicle they hope to commercialize in the 2020 timeframe.

“We’re interested in finding other ways to use (the) technology, but I wouldn’t say it’s got to be a separate, distinct business strategy because it is such a scalable technology,” he says.

The Navy’s application directly adopts GM’s automotive application for fuel-cell technology, but it could change as the research plays out.

“That’s part of the research program, to determine how much power is needed for the (UUV),” says Karen Swider-Lyons, head-Alternative Energy Section, Chemistry Div. at the Naval Research Laboratory. “That is still in the research phase, but having the option to go different power levels is highly attractive.”

The system’s modularity could extend to other naval applications, adds Richard T. Carlin, department head-Sea Warfare and Weapons Dept. at the Office of Naval Research.

“We’re seeing more interest in undersea power overall,” Carlin tells WardsAuto. “What role will GM be able to play in that? I think that modular idea, tunable to the power that is necessary, is ideally suited to that.”

The Navy officials decline to provide a timetable for launching the next-generation UUV using GM’s technology. Swider-Lyons calls it a complicated program, leveraging a number of cutting-edge technologies, such as autonomous operation.

“The fuel cell is not the holdup,” she notes.

The NRL recently completed prototype testing of a UUV powered by the GM fuel-cell technology, which the Navy considers “a key step” to deployment of an at-sea prototype.