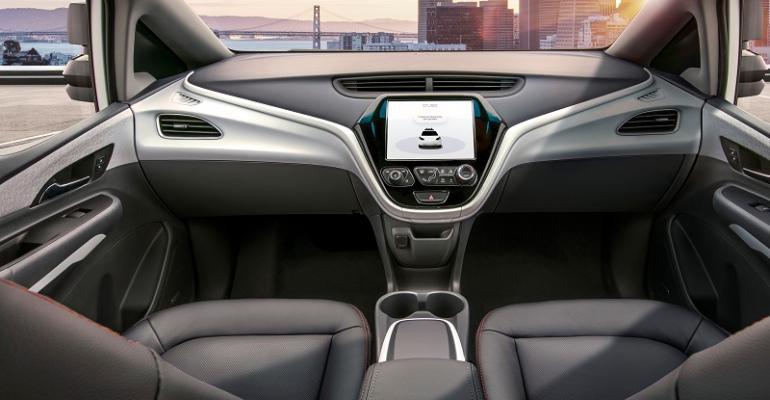 Chairman and CEO Barra says the company continues to iterate the technology at a brisk pace while simultaneously working toward regulatory approval of the cars on public roads and building consumer trust. But, she admits, technological firsts are difficult.

General Motors recently pushed the launch date for its robo-taxi fleet out from the end of the year to sometime in 2019, but Chairman and CEO Mary Barra says development of its driverless car has not hit a technical wall.

“Everything is under our control,” Barra says, responding to Wall Street analysts curious if the automaker perhaps was awaiting a technical breakthrough from outside the company.

Expanding on comments last month from Dan Ammann, CEO of GM’s Cruise self-driving unit, Barra says the company continues to iterate the technology at a brisk pace while simultaneously working toward regulatory approval of the cars on public roads and building consumer trust. But, she admits, technological firsts are difficult.

“Anytime you are working on something that never has been done before, brand-new technology, a timeline is likely to move around a little bit, but we do have line of sight,” she says during a conference call to discuss the automaker’s $2.4 billion profit in the second quarter.

GM Cruise had been working on an end-of-year timetable for deployment of the electric AVs in San Francisco, where it does the bulk of its testing and validation. However, the technical challenge of a driverless car in an unpredictable environment appears more daunting than expected.

Cruise continues to counter that by rapidly growing its engineering headcount. Barra says employment at the unit will grow from 1,500 people to 2,000 by the end of the year.

“Some of the enablers will be as we continue on our hiring, getting the best engineers working for Cruise,” she says.

GM also wants truly driverless cars without steering wheels or pedals. That would require approval by NHTSA of a vehicle safety waiver the automaker submitted to regulators 18 months ago. NHTSA reportedly will decide soon on the petition.

“I wouldn’t say there are impediments there,” Barra says. “There is just still work to be done. I think NHTSA understands the importance of this technology from a safety perspective. I think there is a line of sight to get the regulatory approval.”

Barra underscores the automaker’s preference to bring its technology to market at scale and without a human monitor, as rival Waymo has in Phoenix to arguably jump ahead of GM in the driverless car race.

“Our deployment will be when we can have the vehicle operating safely without a safety trainer,” she says.

Building consumer trust is a priority, too, Barra says. GM is composing an ambitious marketing plan to accompany the robo-taxi rollout, targeting its San Francisco launch site because the cars are so ubiquitous within the city.

“We have a very well-thought-out marketing plan,” she says, noting it highlights how, unlike most humans, the cars obey all traffic laws and never operate under the influence of drugs or alcohol.

GM’s delay of the technology is not due to lack of capital. Cruise recently received nearly $1.15 billion in funding from GM, a group of institutional investors and Japanese automaker Honda to push valuation of the unit to $19 billion. Long-term those investments could amount to as much as $5.5 billion.