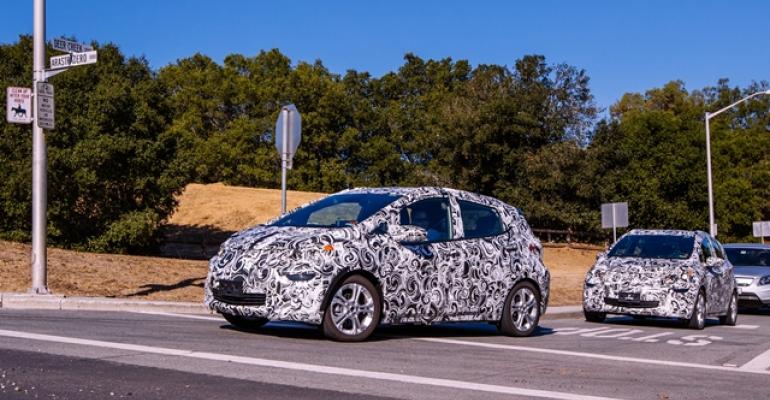 General Motors’ urban mobility chief says aggressive actions by the automaker recently have locked in a strategy aimed at solidifying its core business of designing and building vehicles while pursuing the tremendous potential seen in mobility services of tomorrow.

Peter Kosak, who is tasked with implementing GM’s urban-mobility initiatives around the world and seeking out new partners, services and products to complement the rapidly emerging business segment, points to the automaker’s $1 billion acquisition of autonomous-car expert Cruise Automation as a key enabler of the strategy.

“We have certain core capabilities,” says Kosak, who spent much of his 31-year career at GM in product development where sensor, camera and radar technology was developed for its initial leap into autonomous cars. “But we have to be honest about not having certain capabilities.”

GM’s purchase of San Francisco-based Cruise Automation in 2016 is seen as enhancing the automaker’s autonomous expertise, especially in artificial intelligence, arguably the chief enabler in the race to self-driving vehicles. GM rivals, such as Ford and Uber, soon followed by also inorganically beefing up their AI expertise.

But it’s more than that, Kosak tells an investor conference in San Francisco.

“To some extent it’s also just the clock speed that a company like Cruise operates at,” he says. “It’s very, very different. It’s very fast.”

That sort of R&D poses big risks for established automakers with rigid product-development and product-introduction regimes tightly bound by regulatory and shareholder obligations.

“But the Cruise acquisition was one of the most significant indicators for how serious we are as a company, from my perspective,” he says.

The automaker doubled down on its bet with Cruise Automation last month by investing $14 million in the unit over the next five years to expand its R&D space and add 1,100 new jobs. As part of its work, the group is testing more than 50 autonomous Chevrolet Bolt electric vehicles on public roads in San Francisco, Scottsdale, AZ, and Detroit.

Other key elements of future mobility at GM include its connectivity supported by OnStar, new ventures in shared transportation such as its Maven startup and the automaker’s $500 million stake in ride-hailer Lyft, and the autonomous Bolts under testing, Kosak says.

“These are all puzzle pieces that will come together, ultimately, and that’s an essential,” he says.

However, other players are just as far along or have gone further in the development of autonomous vehicles and mobility services.

Many consider Google, which recently spun off its self-driving-car group into Waymo with industry veteran John Krafcik at the helm, the leader in autonomy. Uber, which reportedly spurned a GM overture before the automaker invested in Lyft, is the leader in ride-hailing. Visionary Elon Musk, founder of upstart EV automaker Tesla, declared his company would provide fully autonomous cars in just two years.

Kosak says GM boasts two distinct advantages over those competitors. For starters, he says, the Detroit automaker has more than a century of product-development experience and expertise in manufacturing to scale at cost.

The executive says Maven also thrusts GM into the field of creating what he calls habit formation.

“(It) is on a very different clock speed than the traditional automotive purchase cycle,” he says. “We want to get someone to use a Maven vehicle within 48 hours, or we feel like we’ve lost them. And after they use it the first time, we’ve got to find ways to get them to use it a second time in the next 72 hours.

“So we’re learning about transportation as a service and how people actually access it, how they value it and how they use it as a supplement to ownership or an alternative to ownership.”

While Kosak believes mobility as a service will be a critical to the traditional auto industry’s future, private ownership will remain the overwhelming purchase model and continue to support GM’s core business. And in what could be perceived as a slight to some new players in automotive, he says strong, recognizable brands will play an important role.

“People are regarding autonomous-capable vehicles as kind of a utility, and these vehicles are appliance-like,” he adds, predicting future mobility will evolve the same as present-day personal transportation with multiple brands, designs and emotion. “Everything looks like a faceless, heartless robo-taxi, but I think this is going to develop into something that’s very exciting.”