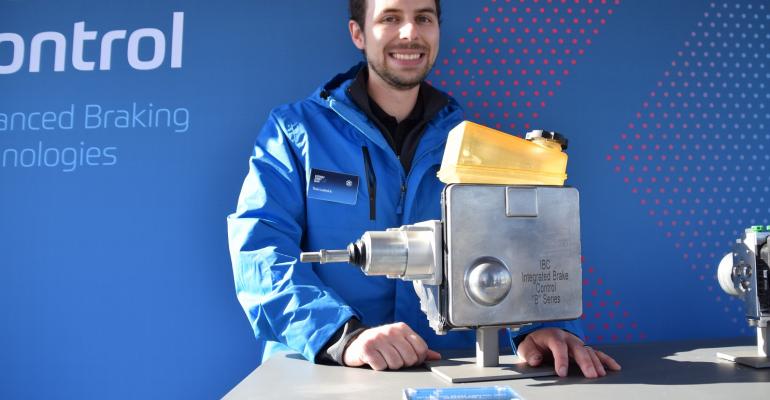 GM Pickups First of Many IBC Contracts for ZF

By 2020, at least eight vehicle platforms with multiple customers will be using ZF’s Integrated Brake Control, an electro-hydraulic system that replaces the vacuum booster and pump while integrating electronic stability control in a single module.

By 2020, at least eight vehicle platforms with multiple customers will be using IBC, Dan Milot, vice president-customer engineering for ZF Braking Systems, tells Wards during a technology expo hosted by the German supplier here at the M1 Concourse performance track.

Because today’s high-efficiency engines do not produce enough vacuum pressure to generate adequate stopping power, automakers around the world are looking for solutions on the way to full brake by wire.

Since its 2015 acquisition of brake specialist TRW Automotive, ZF has been marketing IBC as an electro-hydraulic system that replaces the vacuum booster and associated cables, sensors, switches, electronic controllers and vacuum pumps.

When the driver steps on the brake pedal in an IBC-equipped vehicle, fluid in the master cylinder is displaced to an accumulator acting as a pedal simulator. The pedal travel is measured and a fast-acting motor with a ball-screw pushes a plunger that delivers hydraulic fluid to the wheels.

The motor can generate brake pressure that translates into up to 1 g of vehicle deceleration in less than 150 milliseconds, significantly reducing stopping distance.

A test drive here of the all-new ’19 Chevrolet Silverado, which comes standard with IBC, confirms the prodigious braking capability as the calipers grab tightly in a panic stop, bringing the big truck to a sudden, jarring standstill. Otherwise, the pedal feel is natural and linear, providing progressive brake force that drivers will find familiar.

In automated emergency braking, the system can apply full stopping force in a quarter of the time of conventional brake systems, says Tom Ludwick, a ZF development engineer.

ZF executives say electro-hydraulic systems such as IBC are important as automakers seek compliance with stringent new test protocols in Europe that simulate pedestrians and crossing bicyclists in urban environments.

The supplier manufactures Integrated Brake Control at its plant in Fowlerville, MI, which has capacity for 2 million units a year, Milot says.

“Looking beyond 2020, we will be moving into Asia and moving into Europe with IBC,” Milot says. “As you move beyond that, we’ll have customer bases in those regions as well.”

By replacing a number of conventional brake components, IBC can represent a 20% cost savings for automakers while reducing overall weight by 11 lbs. (5 kg), he says.

An added benefit is that anti-skid electronic stability control can be incorporated into the module, as it is on GM’s new fullsize pickups, providing a single-module packaging benefit under the hood. 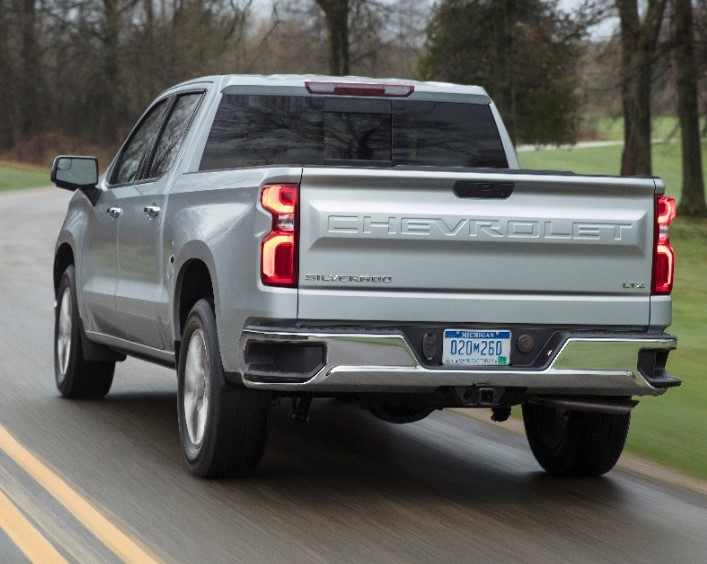 Two years ago, ZF said vacuum-independent braking systems like IBC would begin a rapid ascent, seeing application in 8% of vehicles worldwide by 2020. By 2025, the penetration rate is expected to reach 20%.

Today, Milot says those projections still hold true. “With some of the push in various regions to go to more electric platforms, the take-rate may tick up, but we have not seen a change yet,” he tells Wards.

The IBC program for the high-volume Silverado (see photo, above left) and GMC Sierra represents a monumental win for ZF’s braking business. The pickups are derived from GM’s new T1XX architecture, which underpins the automaker’s next-generation fullsize SUVs as well, such as the Chevy Suburban and Tahoe, GMC Yukon and Cadillac Escalade.

ZF cannot confirm it has the business to supply IBC for those vehicles, but GM generally sources one technology for the entire platform from the same supplier.