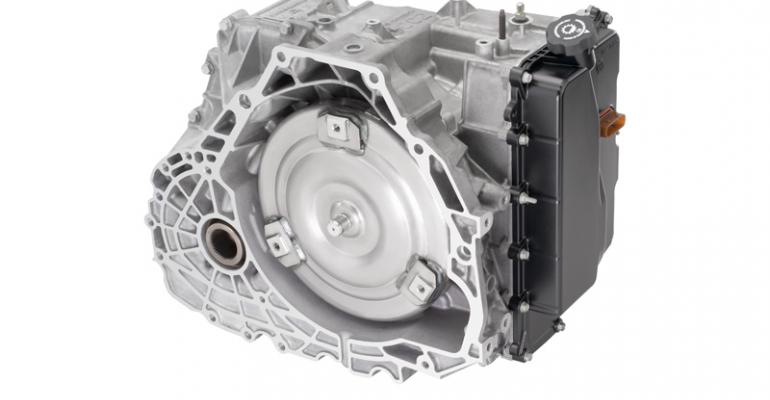 The FWD and RWD 9- and 10-speed gearboxes will appear on a wide range of products including cars, trucks, CUVs and SUVs.

General Motors and Ford are working together to develop an all-new family of 9- and 10-speed automatic transmissions for a wide range of future products, putting the auto makers closer to achieving tightening U.S. fuel-economy regulations.

The front- and rear-wheel-drive transmissions, which also are expected to improve vehicle performance, will appear on a wide range of products including cars, trucks, cross/utility vehicles and SUVs.

“We expect these new transmissions to raise the standard of technology, performance and quality for our customers while helping drive fuel-economy improvements into both companies’ future product portfolios.”

Automatic transmissions beyond today’s conventional 6-speed variety are seen as key to making the necessary fuel-economy improvements to achieve compliance.

Meeting the future CAFE requirements will cost auto makers billion of dollars in research and development, so rivals such as GM and Ford are collaborating more often on technologies to slash costs and time-to-market.

GM and Ford previously have worked together on transmissions, bringing to market in the past decade a pair of 6-speed FWD gearboxes for large and small vehicles.

Like those previous collaborations, the 9- and 10-speed transmissions project will see the auto makers share hardware, but each independently will integrate their own control software to tailor the new gearboxes to their specific vehicles. The two OEMs also will manufacture the transmissions separately.

“This will maximize parts commonality and give both companies economy of scale,” says Craig Renneker, chief engineer-transmission and driveline component and pre-program engineering at Ford.

The next generation of automatic transmissions from GM and Ford also will make the driving experience more pleasurable, the auto makers say, further smoothing out shifts between gears and making those shifts more quickly. The transmissions also improve responsiveness.

News first broke of plans between GM and Ford on the 9- and 10-speed transmissions about six months ago, but no details were made available.

GM currently has an 8-speed automatic transmission under development and plans to bring that gearbox to market for FWD and RWD vehicles by 2016, a rollout unaffected by today’s announcement.

Ford also is working on an 8-speed automatic transmission, but it is unclear how the new gearboxes will affect that program.