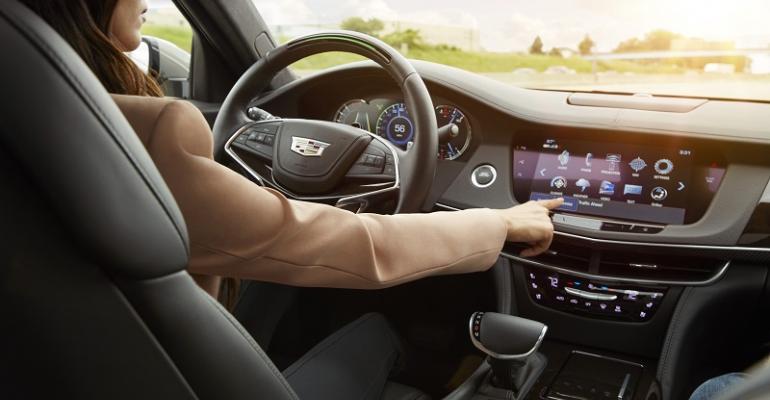 The broadened deployment will include an enhancement for limited intersections and traffic control devices.

Super Cruise enables hands-free driving where conditions permit its use, and it utilizes a sophisticated driver attention technology to ensure the driver’s eyes are fixed on the road. Drivers can look away for a few seconds, perhaps for conversation or a glimpse out the window, only before the system issues a warning for inattentiveness. Lidar map data and high-precision GPS also assist the system.

The broadened deployment will include an enhancement for limited intersections and traffic control devices, where in the case of railroad and pedestrian crossings, as well as stoplights and stop signs, Super Cruise will alert drivers to take back control of the vehicle.

“We are constantly working to make Super Cruise the most beneficial system for our customers,” says Mario Maiorana, chief engineer-Super Cruise. “Expanding our offering of compatible highways will allow people the ease and convenience of traveling hands-free more often.”

Owners of ’18 and ’19 Cadillac CT6 models with Super Cruise must visit their dealership to enable the system’s enhancement. The additional miles would be delivered afterward via an over-the-air update. The update also will include performance enhancements and improvements to the driver-attention system, GM says.

The automaker made other updates to Super Cruise last year based on customer feedback, such as a dynamic lane offset feature that moves the car slightly off the center of its lane of travel while passing a much larger vehicle to make passengers more at ease. Gauge cluster messages also were added to inform drivers why Super Cruise may not be available at a specific time.

According to GM, owners have traveled 2.5 million miles (4.02 million km) using Super Cruise since its launch on the CT6 in 2017 for the ’18 model year. The updated feature will be available with the ’20 CT6 later this year, as well as the all-new ’20 CT5 sedan coming next year.

However, it is unclear whether the CT6 will remain in production for the U.S. and Canada beyond the ’20 model year because GM’s restructuring of its manufacturing footprint closes the car’s sole assembly plant in North America. GM says it is exploring options to keep Cadillac’s technological flagship around longer.

The Super Cruise enhancements come on the heels of GM revealing a new electronic platform for its next generation of vehicles and debuting on the CT5 and reaching most of the automaker’s vehicles globally by 2023.

The new system can manage up to 4.5 terabytes of data processing power per hour, a fivefold increase in capability over GM’s current electrical architecture, GM says. It enables smartphone-like over-the-air software updates throughout the lifespan of the vehicle to deliver the automaker’s latest safety, security, infotainment and connectivity features. 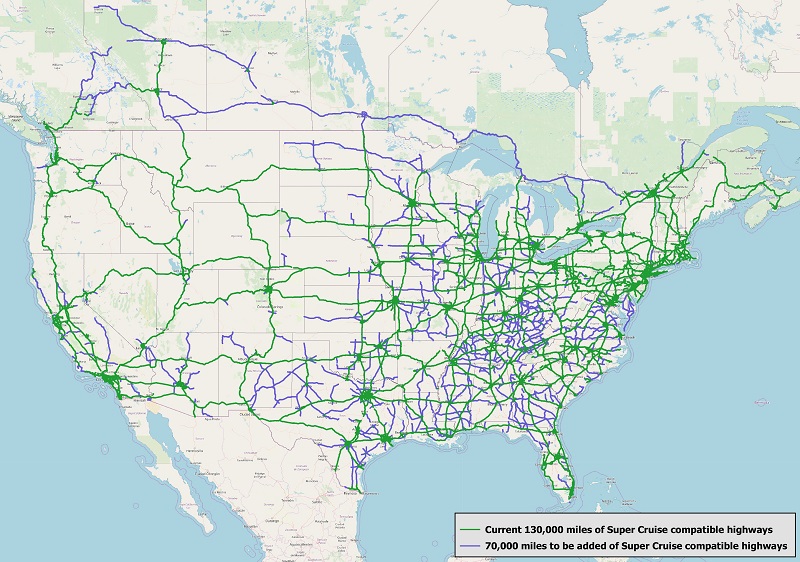