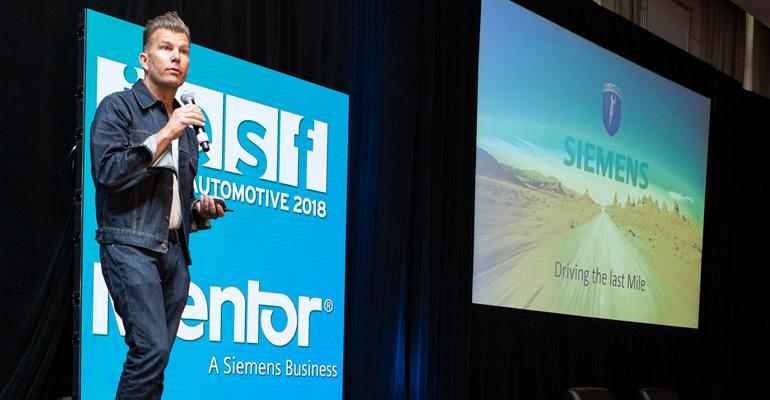 Gamers May Build Your Next Sunday Driver

Backed by Siemens PLM Software, startup Hackrod says it will build the first car designed in virtual reality, engineered with AI and 3-D printed to full size in structural alloy.

PLYMOUTH, MI – For a glimpse of the future face of automotive design and manufacturing, check out any kid behind the controller of an Xbox or PlayStation playing build games such as Mindcraft, where players digitally create a 3-D personal world.

Mouse McCoy, co-founder, CEO and chief creative director at Hackrod, a digital industrial startup combining the cultures of computer hackers with hot-rod enthusiasts, calls it the “gamification of vehicle design.”

“Think about the power of digitalization,” says McCoy, who drew his nickname from years as an undersized motocross racer before becoming a film producer, director and now automotive engineering-house founder.

Backed by Siemens PLM Software and other Industry 4.0 tools, startup Hackrod says it will build the first car designed in virtual reality, engineered with AI and 3-D printed to full size in structural alloy. The LaBandita speedster will serve as a proof of concept for a new industrial-design-to-production approach, where the process is democratized to the consumer for high levels of individualization.

Beyond the proof-of-concept LaBandita speedster, Hackrod is developing Autonomo, an AI-enhanced manufacturing engine meant to lay the groundwork for gamification of automobile production. Think of a video game where virtual assistants – from design and engineering to procurement and validation against a digital twin – assist a customer in building their car.

The process would open the door to micro-manufacturing, where parts are 3-D printed on demand, and micro-assembly, where vehicle systems are bolted together, and the finished product is delivered to the customer by a traditional package-delivery service.

“These are simple cars,” McCoy says, pointing to the personalized Sunday driver an enthusiast may want to own. “We are walking now, but we will be running soon.”

McCoy’s vision is not to displace the large, traditional OEMs but offer an alternative to consumers and ideas the Fords and Toyotas of the world could incorporate into their design and assembly processes.

A Digital Twin for Thermal Management

The German conglomerate says at the conference its Simcenter software is the industry’s first comprehensive, easy-to-use solution engineered to address critical, thermal-driven challenges associated with AEV design, such as extending electric-drive range, optimizing in-cabin comfort, designing sensors and ensuring the reliability of all autonomous-drive systems.

The software addresses demand from OEMs for ways to optimize their EVs, especially those being placed into autonomous ride-hailing and -sharing fleets. Companies such as Waymo, the self-driving unit of Google owner Alphabet, and General Motors, for example, plan self-driving EV fleet deployment over the next 12 months.

Available to OEMs next month, additional capabilities include co-simulation of component thermal and electric powertrain performance, connectivity between simulation of electric motor performance and system simulation for electrical and thermal management, and design space exploration using thermal digital-twin models, Siemens outlines in a brief on the software. 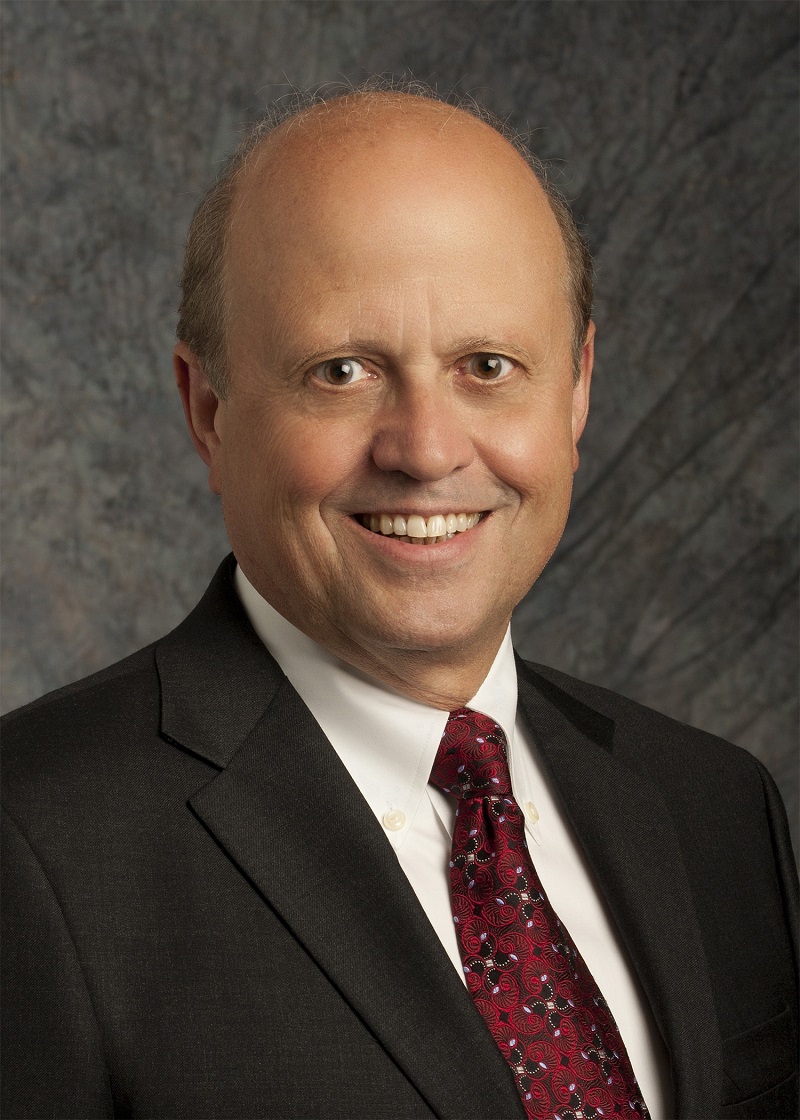 Wally Rhines, (pictured, left) CEO of Mentor, a Siemens company, suggests also using digital-twin technology to educate consumers about autonomous EVs, which is considered by many a major issue in their deployment.

“Get enough data and demonstrate to people what can be done and what will happen when things go wrong,” he tells the conference. “Show people how an AV is a better driver than a human. A digital twin is one way to do that. People will then develop confidence.”

Siemens supplies the controls for Hackrod’s 3-D printer, but Tony Hemmelgarn, President and CEO of Siemens PLM Software, says additive manufacturing remains in its infancy. Nonetheless, the industry must move beyond part-by-part use of the technology and begin thinking about system executions to fully capitalize on its potential.

“You have to think differently how you leverage this stuff,” he says, calling the technology a restart for automotive design. 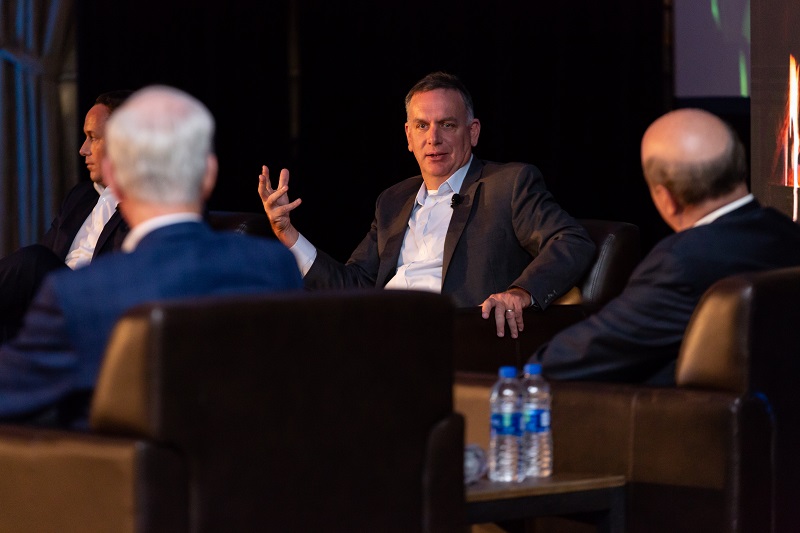 Generative design mimics nature’s evolutionary approach to design, providing iterative options to a part or system beyond what a human alone could create but delivered within programmed constraints, such as lightweighting for greater EV range.

The power of generative design is its ability to create multiple permutations of a design to arrive at the most efficient and optimized outcome. It can be backed by artificial intelligence, and the creations often are widely different than what traditional design approaches may yield.

“It may look crazy, but not when you think about 3-D printing,” he says.

Hemmelgarn expects two extremes in future manufacturing: The micro-assembly of Hackrod’s vision and traditional mass production. However, each will use the emerging technologies of generative design, additive manufacturing and the digital twin.