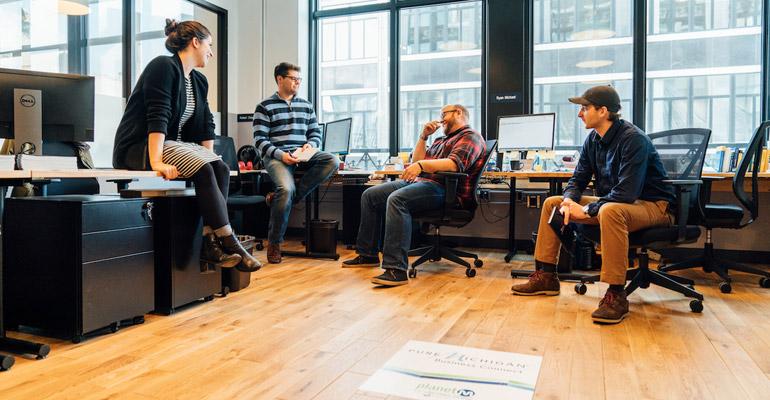 Follow the Money: Startups and VCs Should Pay Attention to Michigan

As Detroit’s profile as the global mobility epicenter has risen, local venture capital firms, such as Fontinalis Partners, have found themselves in the center of the action.

This is more proof that Michigan has become the starting line for the world’s imagination. It also illustrates the investment community’s growing confidence in the state’s local entrepreneurs. An old Mexican proverb painted on a brick wall near Detroit’s Eastern Market says it best, “When they buried us, they forgot we were seeds”.

In 2017, the MVCA added mobility investment as its own sector of study in its annual research report. In previous years, investments in mobility startups were included in the “other” category for research purposes. That’s definitely not the case anymore. No longer lingering in the shadows as an auxiliary category option to funders, the advances made in new forms of mobility have caused this industry and Michigan startup scene to stand out to investors. Look no further than major investments made in Duo Security, Global Battery Solutions, May Mobility, SPLT and Elegus.

Additionally, as Detroit’s profile as the global mobility epicenter has risen, local VCs have found themselves in the center of the action. Take for example, Fontinalis Partners, a Detroit-based VC focused exclusively on next-generation mobility. In the last year, they’ve led a $18 Million Series A round for Verity Studios (a safe, ultra-reliable autonomous drone), and announced the successful sales of multiple portfolio companies, TransLoc (to Ford), ParkMobile (to BMW) and nuTonomy (to Delphi).

From PlanetM to Fontinalis, from SPLT to May Mobility, from world-renowned educational institutions to global automotive suppliers – Michigan’s ecosystem knows how to connect high-tech, high-growth companies to the resources they need.

And, venture capital funds aren’t the only funds available for startups in Michigan. Take for instance Derq, a Dubai-born traffic safety tech startup that relocated to the PlanetM Landing Zone and now has a base in Detroit. Derq, which develops software using patented artificial intelligence to predict and prevent car crashes, is the first company to take part in a new PlanetM Startup Grant program that enables mobility startups to deploy and test their technologies on Michigan’s roadways. DERQ’s AI is now in use at the intersection of Jefferson and Randolph Avenues, one of the busiest and most dangerous intersections in Downtown Detroit. This is just one example of the investment Michigan is making in companies that are working to make transportation easier, safer and more affordable for Michigan residents.

Another example is the May 2018 launch of the $8 Million Michigan Mobility Challenge, which will fund a series of mobility pilots around the state to help seniors, veterans and those with disabilities. PlanetM partnered with the Michigan Governor’s Office, state legislators and Michigan Department of Transportation to make this initiative possible. Michigan is showing that new mobility advancements cross party lines. And, new mobility solutions aren’t only about making cities safer and greener, they should also uphold a person’s dignity.

Keep the momentum going. Reach out to the State of Michigan's PlanetM team to connect to the people, places and resources dedicated to the evolution of mobility.