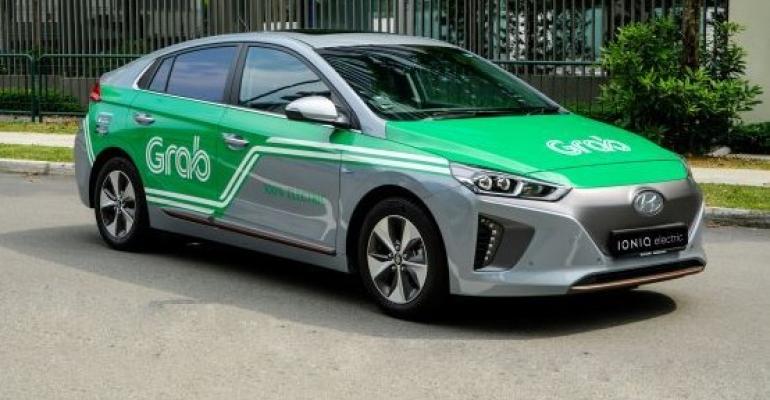 The Hyundai-Kia-Grab partnership will work with governments, infrastructure players and other regional stakeholders to improve EV infrastructure in the region, including building a network of quick-charge stations.

Hyundai and Kia are investing another $250 million in Grab, Southeast Asia’s leading online-to-offline (O2O) mobile platform, and plan to establish a partnership to pilot electric-vehicle programs across the region.

The partnership aims to bring together stakeholders from the EV industry to collaborate on measures to improve EV adoption and awareness in the region.

Southeast Asia is one of the world’s fastest-growing consumer hubs and is a huge emerging market for EVs, says Youngcho Chi, Hyundai chief innovation officer.

“With its unparalleled footprint across the region, and an ever-expanding base of customers and merchants, Grab is an invaluable partner that will help accelerate the adoption of electric vehicles in Southeast Asia,” Chi says in a statement.

The EV pilot projects will start with Singapore in 2019 and will focus on using EVs to maximize cost efficiencies for Grab’s driver-partners.

The Hyundai-Kia-Grab partnership will work with governments, infrastructure players and other regional stakeholders to improve EV infrastructure in the region, including building a network of quick-charge stations.

It also will explore the development of customized maintenance packages to Grab EV drivers and study how EVs can be most efficiently deployed in Southeast Asia’s hot and humid weather.

Grab President Ming Maa says the partners share a common vision on the electrification of mobility as one of the key foundations of an environmentally sustainable and lowest-cost transportation platform.

The new investment builds on Grab’s existing strategic partnership with Hyundai, brings its funding to $2.7 billion and puts it on track to raise more than $3 billion by year’s end.

Hyundai first invested in Grab in January, and the two companies began exploring collaborations in the EV sector.

Grab says its latest initiative, which expands its cooperation with the Korean automotive group to include Kia, is a milestone in the company’s continuing efforts to promote the use of EVs in Southeast Asia.

Grab is one of the most frequently used mobile O2O platforms in Southeast Asia. Its app has been downloaded onto more than 125 million mobile devices, giving users access to more than 8 million drivers, merchants and agents.

Grab says it has the region’s largest land transportation fleet and has completed more than 2.5 billion rides since its founding in 2012. It offers a wide range of on-demand transport services in the region, in addition to food and package delivery services, across 235 cities in eight countries.