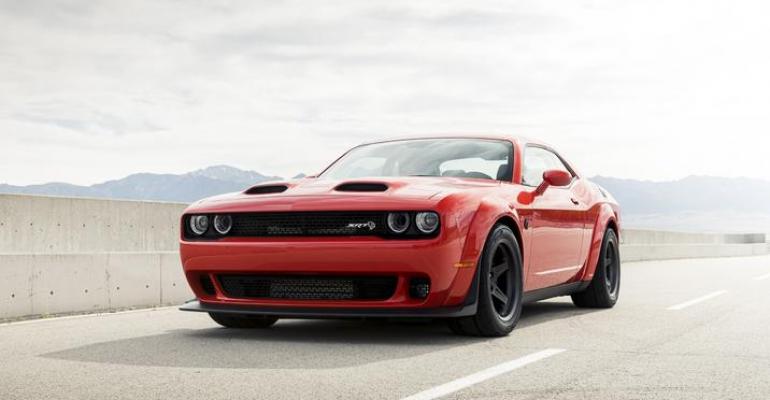 Dodge’s 2021 Lineup Slimmed Down, Souped Up

Dodge is dropping the Dodge Grand Caravan minivan and the Dodge Journey CUV for the 2021 model year, leaving only the 2-door Challenger, 4-door Charger and Durango SUV in the Dodge brand lineup.

Dodge adds more horsepower and other performance tweaks to its 2021 hot-rod Charger and Challenger passenger cars, plus a facelifted Dodge Durango SUV, including the SRT Hellcat high-performance treatment for the Durango, for the first time.

“As of the 2021 model year, we have distilled the brand to the highest level of performance,” says Tim Kuniskis, global head of Alfa Romeo and passenger cars, North America, for Fiat Chrysler Automobiles US.

The extra horses and other enhancements mean the ’21 Super Stock beats the Dodge Challenger SRT Hellcat Redeye by three car lengths in a quarter-mile drag race, Kuniskis says in a press briefing.

“Distilling the brand” is also a nice way of saying Dodge is dropping the Dodge Grand Caravan minivan and the Dodge Journey CUV for the 2021 model year. That leaves the 2-door Challenger, 4-door Charger and Durango SUV as the last three models in the Dodge brand lineup.

Dodge has been hinting for more than a year the Grand Caravan might not be around much longer. The minivan got a “35th Anniversary special edition” sendoff trim and equipment package for the 2019 model year, but the sendoff was delayed.

“We want to distill the Dodge brand and stop producing Caravans and Journeys. But no matter how many times I said it, the sales always continued, and we continued making them,” Kuniskis says. “The ’20 model year — this is really the final production year.”

Out with the Old

The current Grand Caravan is a fifth-generation descendant of the first Chrysler minivan, which in turn was based on the front-drive Chrysler K-car platform. The K-car is credited with saving the former Chrysler Corp. from bankruptcy in the early 1980s, but minivans no longer fit Dodge’s tire-smoking image.

Neither does the minivan-ish Journey crossover. The ’20 Journey is Dodge’s price leader; it starts at $25,170 suggested retail, including $1,495 destination, although the Dodge.com website lists significant incentives.

Here is a summary of the changes in the Dodge lineup for this fall:

Besides the extra horses compared with the Hellcat Redeye, the Super Stock gets different shift points for the eight-speed automatic transmission and a uniquely tuned high-performance suspension.

There’s no Super Stock badging. Dodge says the only visible giveaways are 18-in.-by-11-in. low-gloss wheels with sticky, drag-racing-style tires. Dealer orders are scheduled to open this summer. Production starts this fall in Brampton, ON, Canada, with dealership deliveries to begin later this year.

For 2021, Dodge adds the Redeye treatment for the Charger. The ’21 Dodge Charger Hellcat Redeye produces 797 hp and 707 lb.-ft. (959 Nm) of torque. Dodge claims it’s the most powerful and fastest mass-produced sedan in the world.

Dealer orders open this fall. U.S. dealerships are expected to get deliveries in early 2021. 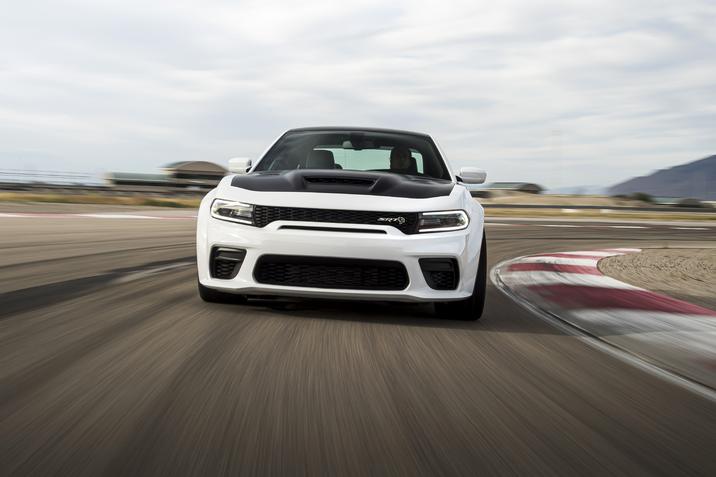 The ’21 Dodge Durango SUV gets a facelift with more aggressive exterior styling and the optional SRT Hellcat package for the first time, available for a limited production run for the 2021 model year only. Kuniskis says it took some doing to “convince the suits we needed a Hellcat in this thing.”

“From a designer’s perspective, it just looks badass and makes the car look like it’s planted on the road,” says Brian Nielander, chief designer-performance, passenger and utility vehicles.

Dealer orders for the 2021 model year open this summer, with the first vehicles arriving in the fall. Orders for the ’21 Durango SRT Hellcat open in the fall, with dealership deliveries starting in early 2021. 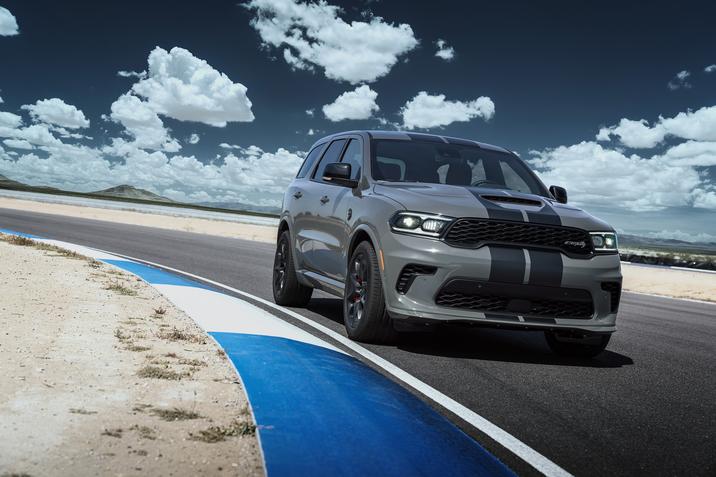