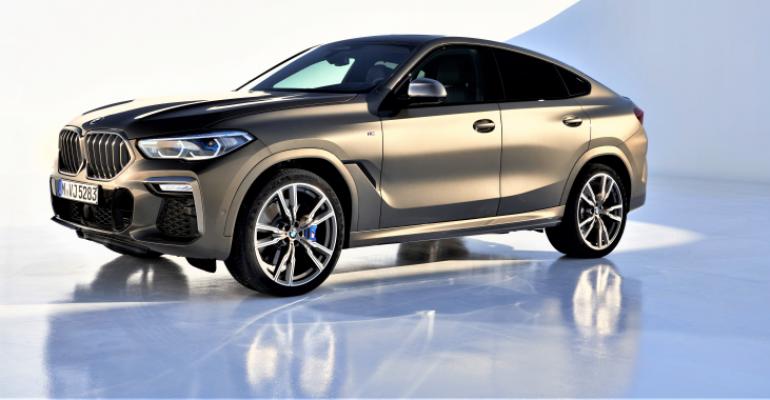 BMW is confident a loyal customer base will see the X6 maintain the sales success of its predecessors, with a lineup that includes the gasoline-powered X6 xDrive40i and M50i in the U.S.

BMW follows the launch of the fourth-generation X5 and first-generation X7 with the unveiling of its U.S.-made sister model, the third-generation X6.

Despite the increased competition, BMW is confident a loyal customer base will see the X6 maintain the sales success of its predecessors, with a lineup that includes the gasoline-powered X6 xDrive40i and M50i in the U.S.

Pricing is yet to be announced, though the new X6 xDrive30d diesel is expected to start at about $65,000.

As with the latest X5, the ’20-model-year X6 boasts an evolutionary design update.

Overall, the sporting SUV is more angular in appearance than previous generations with flanks that are dominated by a heavy etched feature line and distinctive breather elements behind the front and rear wheel arches.

At the rear, the new BMW shares its look with the second-generation X4, most notably in the shape of its taillamps and design of its heavily angled tailgate.

The interior design (below, left) is largely shared with the X5. BMW says it uses higher-grade materials than the old X6, including Vernasca leather upholstery as standard. It also receives new high-definition digital displays for the instruments and infotainment system as well as revised switchgear to give the new model a more upmarket feel than its predecessor. Redesigned seats are said to offer greater support.

BMW confirms the new X6 will be produced with four different engines, two gasoline units and a pair of diesels with EU6d-TEMP emissions certification for selected global markets. All come mated to a standard 8-speed torque-converter-equipped gearbox and BMW’s latest all-wheel xDrive system as found in the latest X5 and X7.

At this stage, it is unclear whether BMW will continue to offer X6 with the option of rear-wheel drive as with the outgoing X6 sDrive35i. 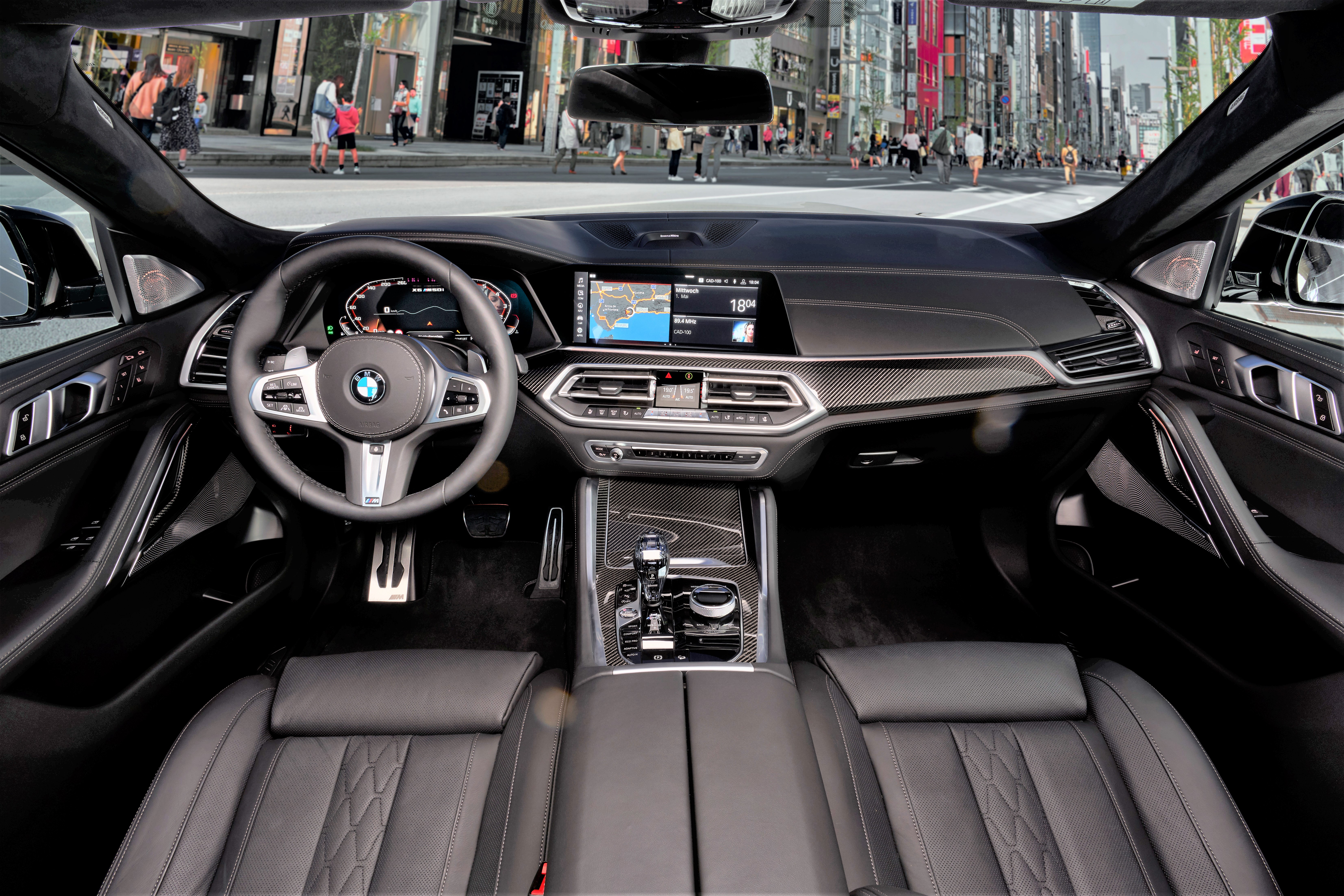 The suspension of the X6 is based on the arrangement already used by the X5 with double wishbones up front and a five-link setup at the rear, with the latest incarnation of BMW’s Dynamic Damper Control system as standard. Buyers can option the new model with a so-called Adaptive M suspension Professional, which brings active roll bars and a rear-wheel-steer function known as Integral Active Steering.

There’s also an air suspension offering 3.1 ins. (79 mm) of ride height adjustment and automatic self-leveling as well as an off-road package for non-M models with four additional driving modes that BMW says have been specifically tuned for driving on snow, sand, gravel and rocks.

In a development already seen on the X5, the new X6 possesses a stiffer bodyshell that is claimed to help it better isolate road shock and secondary vibration for improved ride comfort and refinement.

BMW provides its latest SUV with a wide range of driver-assistance systems, including the latest incarnation of the collision and pedestrian warning with City Braking function, which can alert the driver when a cyclist is detected, as standard. As on the X5, active cruise control with a stop-and-go function is among a long list of options.