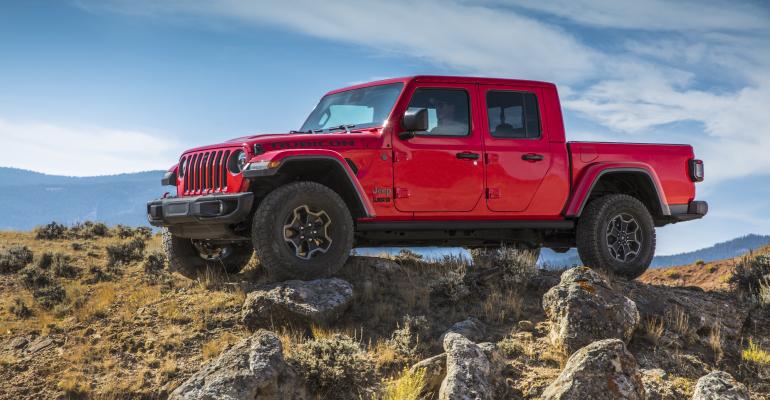 Jurors voted on the finalists based on segment leadership, innovation, design, safety, handling, driver satisfaction and value for the dollar.

DETROIT – In a vote that recognized vehicles that disrupted their segments, the Chevy Corvette Stingray, Kia Telluride CUV and Jeep Gladiator pickup were named 2020 North American Car, Utility and Truck of the Year here at the TCF Center (formerly Cobo Center).

The awards are unique and among the most prestigious in the industry because they are chosen by a panel of 50 respected jurors from print, online, radio and broadcast media across the U.S. and Canada – rather than by a single publication or media outlet.

Jurors voted on the finalists based on segment leadership, innovation, design, safety, handling, driver satisfaction and value for the dollar.

In the car category, the all-new Corvette, which has a base price of $60,000, stands out with a dramatically new mid-engine design that makes it competitive in performance and handling with exotic supercars costing many times as much.

It won out over two other strong finalists in the category: the all-new Hyundai Sonata, an affordable 4-door car with the styling and sophisticated technology of a luxury sedan, and the Toyota Supra, a reincarnation of the famous Toyota sports car jointly developed with BMW. The Corvette also won a 2020 Wards 10 Best Engines & Propulsion Systems award that will be recognized at a WardsAuto event this Thursday.

The Kia Telluride stood out in the utility category because it beats all comers in the big SUV/CUV category in terms of price, value and features. The Kia was picked by the judges over the Hyundai Palisade, which is built on the same platform as the Telluride, and the new Lincoln Aviator. The Palisade won a 2019 Wards 10 Best UX award.

The Jeep Gladiator is described as the “Swiss army knife” of vehicles and creates a new segment that straddles the pickup and SUV categories. It blends extreme off-roading capabilities with the practicality of a pickup and also can be turned into a convertible.

It won over two other finalists, the new Ram heavy-duty pickup, which offers all the features of a burly work truck with an interior more refined and feature-laden than many luxury cars, and the new Ford Ranger pickup.

The process began in June 2019 with determination of vehicle eligibility and included three rounds of voting. Votes were tallied confidentially by Deloitte LLP and remained secret until envelopes were unsealed on stage by NACTOY President Lauren Fix, Vice President Chris Paukert and Secretary-Treasurer Kirk Bell.