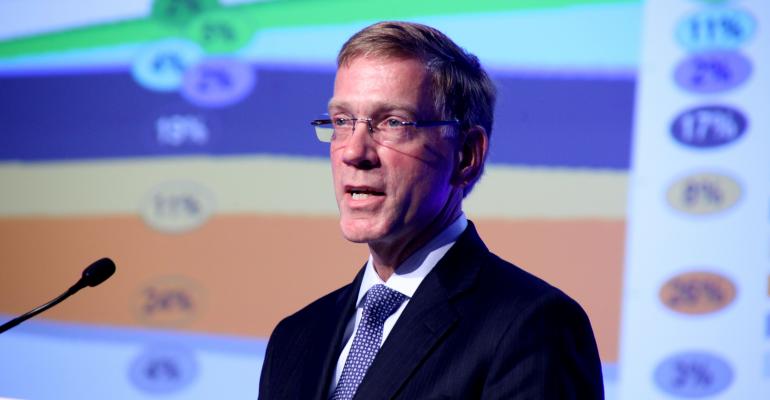 The supplier says its Eco Drive technology can deliver fuel savings up to 17% with a 3-cyl. gasoline engine.

Speaking on a panel at the Management Briefing Seminars here, Kregg Wiggins, Continental North America’s senior vice president-powertrain, says Eco Drive is an electric machine designed to be incorporated into a combustion-engine powertrain in one of two fashions: either as a more-powerful but relatively low-cost belt-driven replacement for the engine’s conventional alternator or integrated into the transmission as a higher-feature, higher-cost drive-augmentation device.

Continental recently told journalists there are six automakers planning to launch Eco Drive within the next two years.

For reasonable cost, he says, either Eco Drive configuration is a “progression into full electrification” and can demonstrate “fairly significant (fuel-economy) benefit on the drive cycles.”

The belt-driven Eco Drive variant easily could be incorporated into an existing vehicle, Wiggins says, simply replacing the existing alternator. It could provide satisfying, almost instantaneous engine restarts, a boon for the coming deeper penetration in North America of engine stop/start systems, Wiggins says. The belt-driven machine also could enable certain other attractive accessories and features.

Wiggins says the transmission-integral Eco Drive system could enable other powertrain and vehicle synergies such as engine combustion optimization and “active coasting” that allows decoupling of the engine during light-load driving.

Stacking all the fuel-saving possibilities, Wiggins says, delivers fuel savings up to 17% with a 3-cyl. gasoline engine Continental has used as a test bed. The engine is Ford’s highly regarded (and already quite efficient) 1.0L available in the U.S. market in the Fiesta subcompact and Focus compact cars.