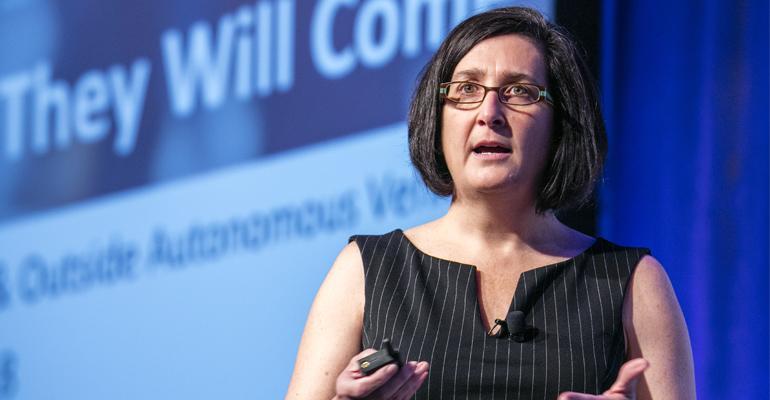 Joe Wilssens
Of EVs, Kolodge says: “Automakers should focus as much on developing some overriding advantages instead of just working on minimizing the disadvantages.”
Vehicles

Most surveyed consumers aren’t budging on their lack of confidence in tomorrow’s self-driving cars and today’s battery-electric vehicles, according to new J.D. Power polling.

That’s according to J.D. Power’s 2019 Q3 Mobility Confidence Index Study. With the latest polling, the index now stands at 36 (on a 100-point scale) for self-driving vehicles and 55 for battery-electric vehicles. That’s identical to three months ago.

“But it shows that consumers are really steadfast in their opinions about new mobility technologies right now, regardless of how close they are to being available for purchase,” she says.

That’s not necessarily sour news for automakers, Kolodge says. “Rather, it shows the areas where consumers need to be better-educated and gives manufacturers the chance to correct their course on the path to eventual production.”

The quarterly study measures market readiness for and acceptance of self-driving and battery-electric vehicles, as seen by both consumers and industry experts.

J.D. Power teamed with survey software company SurveyMonkey to conduct the study in which more than 5,000 consumers and industry experts were polled on self-driving vehicles and another 5,000 on battery-electric vehicles.

Of EVs, Kolodge says: “Automakers should focus as much on developing some overriding advantages instead of just working on minimizing the disadvantages. Consumers don’t know what to ask for but there are all sorts of possibilities. The first automakers to solve this will have a huge advantage.”