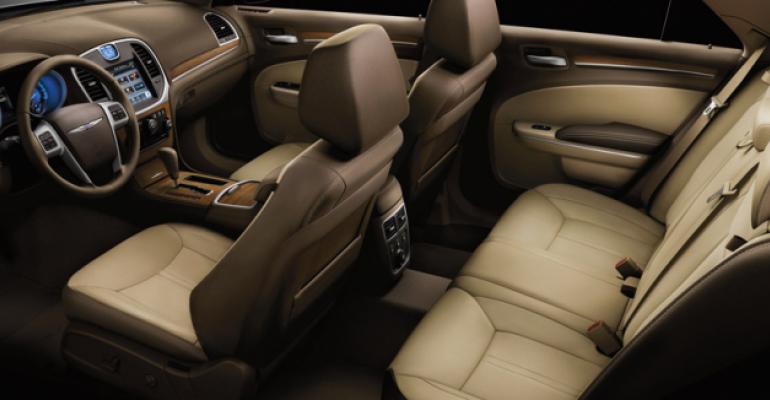 <p> <strong>Interiors have come so far so quickly that customers in every segment expect upscale styling, content, materials and build quality.</strong></p>
Vehicles

A few taps on the calculator reveal the average sticker price of this year&rsquo;s 10 winners is $36,547. Most Americans buying luxury vehicles spend considerably more.

When WardsAuto editors heard luxury vehicles would be the largest segment represented in this year’s Ward’s 10 Best Interiors competition, the proletarian revolt began to simmer.

By definition, a luxury car requires a fabulous interior, so why not highlight the vehicles that average folks can afford, the argument went.

For the record, the pool of nominees is dictated by product-launch cycles. It just so happens new luxury vehicles are plentiful now as the economy rebounds, which explains why 15 of the 40 vehicles evaluated by WardsAuto editors fit today’s premium standards.

In truth, there were several additional interiors in the competition that struck us as near-luxury even though the associated brands – Ford, for instance – are considered high-volume players.

The bottom line is, interiors have come so far so quickly that customers in every segment can expect upscale styling, content, materials and build quality. Consider it the democratization of luxury, a trend that has been building for a number of years.

Despite concerns by some editors that we would be cast as elitist for gravitating toward expensive cars, the 2012 Ward’s 10 Best Interiors list shows remarkable balance.

True, the Audi A7 was the priciest vehicle making the cut, but two other vehicles costing considerably more – the Porsche 911 S and Mercedes ML350 Bluetec – did not.

And although the A7 was popular, editors were equally impressed by one of the least-expensive vehicles in the competition, the $15,925 Hyundai Accent, which also earned a trophy.

A few taps on the calculator reveal the average sticker price of this year’s 10 winners is $36,547. Most Americans buying luxury vehicles spend considerably more.

WardsAuto editors evaluated the 40 interiors in February and March and scored each on numerous criteria, including fit-and-finish, comfort, infotainment, aesthetics, ergonomics, safety, material selection and overall value. Vehicles that are all-new or feature heavily improved interiors for 2012 were eligible.

Winners will be honored at the WardsAuto Interiors Conference, to be held May 17 at The Henry hotel in Dearborn, MI.