/sites/all/themes/penton_subtheme_wardsauto/images/logos/footer.png
Recent
Featured
Nissan Breathes New Life Into Z Sports Car Lineup
Aug 18, 2021
Do not use
brought to you by 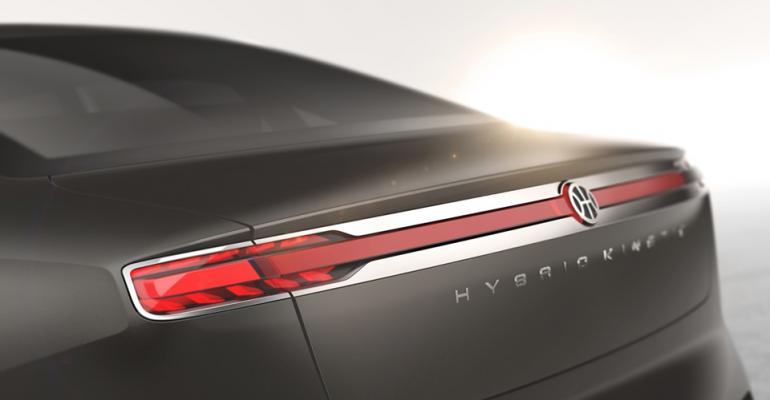 <p><strong>The </strong><strong>Italdesign supercar is said to have much in common with the Audi R8/Lamborghini Huracan and reflects the design vision and language of Filippo Perini, who moved to the fledgling automaker from parent company Lamborghini.</strong></p>

The event will see the world premiere of the first car manufactured by Italdesign. It’s not a showpiece but is a street-legal supercar with type approval. Only five will be built here and will sell for well over €1 million ($765,000).

WardsAuto has learned the Italdesign supercar has much in common with the Audi R8/Lamborghini Huracan and reflects the design vision and language of Filippo Perini (no relation to the author), who moved to Italdesign from parent company Lamborghini. The buyer can specify a V-8 or V-12 powerplant.

How well Italdesign will compare with the GT 89, an all-electric prototype designed by one-time colleague and current rival Fabrizio Giugiaro for Chinese startup Techrules has the makings of hot debate, as the hypercars will be placed near each other. Techrules says 25 copies of the GT 89 will be built in Turin.

A third contender for the star of the show also comes from Turin: the EF7 Vision Gran Turismo, a 2-seat, road-and-track racer designed by Pininfarina for Florida-based Fittipaldi Motors. As with the Italdesign car, it’s street-legal and a limited number will be built.

The EF7 is a high-performance, ready-to-drive hypercar developed from a Mercedes-Benz platform in association with German customization specialist HWA. At Geneva, it will serve not only as a show car but as a promotional tool for Sony’s PlayStation electronic-gaming platform.

The second Chinese project and the second all-electric vehicle from Pininfarina is the H600 luxury sedan being completed for Hybrid Kinetic Group (HK Motors of Hong Kong). The sedan reportedly is banking on graphene-battery technology to deliver high and lasting power. Technical specifications and range are not yet available.

The graphene battery in the sedan expected to launch soon has 50 to 100 times the power density of comparable lithium-ion batteries and five to 10 times the energy density.